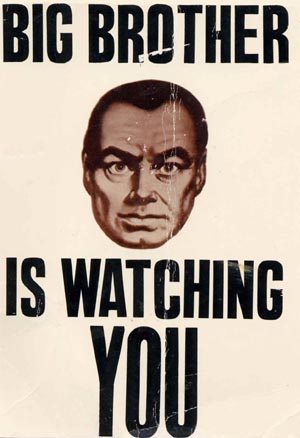 In this society, they love to neuter you — to domesticate you, to neutralize you, to passively subjugate you — by forcing you to act only through them. Your natural impulses are wrong, they say, so let us fix it for you.

Through this example we can see the weird paternalism of modern society, which (a) takes care of us and (b) makes us need it as if it were the step-parent in a divorce trying to find a reason to exist.

Although many problems that require government do exist, many of those have unpopular solutions, so government creates a “stewardship theatre” that has it expand into new areas where it is highly visible, even if ineffective.

He said suspending the youth who had reacted to the bullying was the wrong course of action because it risked punishing the victim and feeding the unwillingness of victims to come forward.

”He should have gone for help – told a teacher. The problem is that about half of those who do that end up feeling that the situation has been made worse, not better. People don’t tell because they’re not confident that the school will do something.”

It is understood the year 10 student is a victim of repeated bullying at the school. – SMH

This article references a video now popular on the internet where a smaller kid is tormenting a large, slow-moving, and geeky fat kid. The fat kid finally gets sick of being punched so he picks up the little guy and slams him into a flower planter.

Most of feel our inner self cheer at this. Justice was done and it didn’t extend beyond those two. The balance was reasserted. But the school’s official response?

He should have told a teacher.

When we were children, responses like this made us think adulthood made you oblivious. Tell a teacher, and increase the bullying? Tell a teacher, and react impotently — the teacher isn’t going to be able to make the kid stop because applying discipline is a multi-step process, designed as such to make sure oversight exists in the system — and by doing so admit that you can’t handle the situation? It’s an open invitation to other kids.

But the school district wants to be important, and seem like it can handle the situation, so that’s the official response. They are not alone.

Capitalism tends to alternate between periods of liberalism, in which market activity is subject to little regulation, and periods when states and societies try to regulate markets, especially financial and labour markets. From the Second World War until about 1980 ‘interventionism’ prevailed, accompanied by good economic performance in most of the western world. Since around 1980 the world has shifted towards liberalism, accompanied by worse average economic performance in the western world but excellent performance for the financial sector and for the top of the income distribution. – LSE

Our society has set up a market without rules except when it is being regulated. This means that when less regulation exists, it’s off to the races with whatever crimes are technically legal. The regulators, as the self-appointed sole oversight, thus control the market even when they’re not regulating — their absence is a de facto announcement of market anarchy.

The mania for regulation, like the “stewardship theatre” of democratic governments, comes from our inability to have real leaders. We distrust power; our most popular phrases are “Who watches the watchers?” and “Absolute power corrupts absolutely,” leading to our all-time favorite, “No good deed goes unpunished.” As a result, we eschew leaders especially those capable of making semi-arbitrary decisions, in favor of lengthy legal process and regulation, all of which leaves a massive paper trail.

Instead of picking a few geniuses to rule the market, we have employed an army of regulators who only periodically do anything for it.

The new social structure would have induced the development of different social behaviors. â€œI personally am hung up on cooperation as being what really differentiates humans from nonhuman apes,â€ said Michael Tomasello, a developmental psychologist at the Max Planck Institute for Evolutionary Anthropology in Germany. A system of cooperative bands â€œprovides the kind of social infrastructure that can really get things going,â€ he said. – NYT

We are designed to collaborate, or balance each other on the path to a goal. Without strong leadership, and without a unifying national culture, the only goals are personal: personal wealth, personal comfort and personal power. Other people are means to those ends, and as a result, laws become seen as obstacles to be surmounted.

As we’re fond of saying on this blog, we have a choice as human beings: either we unite around a consensus culture, or we are destined to be cultureless gray people wandering through a shopping mall of a society, with a strong central bureaucracy “regulating” us inefficiently, and often by emasculating us for its own continued power.