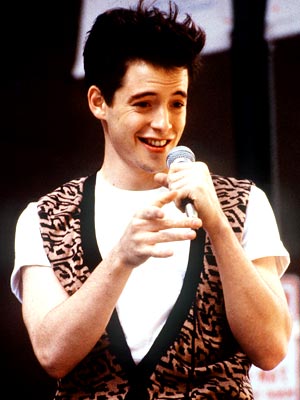 By the time most of us were born, 1968 had become a trend and it had become clear that it never had a soul: it was hollow, cashed, emptied and faked.

Like the fast food proliferating across the land, it was now a candy caricature of itself. They chopped it into little bits, added lots of sugar and salt, then dished it up straight out of a machine, cheap. Except you paid the price later on.

The future parents of 1968 probably had an inkling: our kids are doomed. When all the hoopla over the great hippie era ended, and the smoke from Kent State cleared, we saw a nation now permanently divided between left and right.

As generation X grew up in the 1990s, those same 1968 parents were gaining control of the presidency. Generation Xers probably remember two things: first, how innocent and hopeful 1970s America was relative to 1980s America and beyond; second, how among “good people” there was no dissent going into the 1990s.

If you were good, you were a Democrat, cared about world peace and the poor, and thought Republicans were primal thugs who just wanted to ruin everyone’s good time when there was (say this in strident ideologue voice) no need to ruin what worked by nature, a semi-anarchistic state of universal brotherhood. You were politically correct and proud of it.

You never stood a chance.

At some point as you aged, it became clear that certain concepts clustered together. For example, altruism and a semi-totalitarian Nanny State. Or political correctness and a kind of society of perpetual unstated dissent, drifting farther from reality. But most importantly, liberalism and a uniquely modern kind of misery, the intersection of boredom, purposelessness, depression, exhaustion and an unwillingness to engage based on how many insane voices, insane ideas, and pointless activities were accepted as the norm and in fact encouraged.

1970s generation X children were birthed to grow up into a world slowly adopting new views that destroyed all that was good. In the 1970s, little girls wore pigtails and grew up to be loving mothers; in the 1990s, little girls had anal sex with seventy guys, and settled down to become hipsters who were most concerned that their kids adopted the “correct” viewpoints. In the 1970s, boys wanted to be men; in the 1990s, manhood was ruined, jobs were like High School II: the Attendance Endurance Ritual, and the best you had to look forward to was buying stuff as you aged into irrelevance, in a culture that hates the aged for being unmarketable.

Coming out of the end of that, I think another shock awaits Generation X, in three simple words: I want more.

Yes, we have everything. Our technology and economy has conquered the earth. We don’t fear disease except cancer; we’ve beaten almost everything else. We have information at our fingertips, a world at our command, the ability to go anywhere and do anything without anyone telling us that we’re wrong or out of step with culture! The 1968 ideals are here, mated to consumerism and technology — but they’re hollow. They’re all of the same time: we get plenty, but not enough qualitatively.

Think back to your youth. The days you really remember were not the ones where you had more candy than the others, but the days where getting the candy (or other childhood goal) was an adventure. Where you burst out of the door, forgetting for a moment that you could fail and that someday you will die, and lost yourself in the quest. Those were qualitative peaks.

As you look back, you’ll realize that the days when you accidentally discovered a 50 lb stash of candy were mild in comparison. You had plenty, but not enough. You wanted more. Slaying the dragon is not holding the dragon head, but beating your fears, going on a quest, conquering the unknown and as you face death, coming away in laughing triumph. That’s living.

This safety-oriented, politically-correct, hamster-minded administrative-bureaucratic modern world isn’t living. It’s maintenance. It’s like we are curators of a property, ourselves, and we tend to it by making sure it has enough. Enough sex, enough food, enough intoxicants, enough video games and movies, enough music that all sounds the same from a block away. We have enough, but not enough. It’s like tap water: more of it does not vitally change the experience.

Among us now are dreamers. These people have thought past the left/right divide to realize that the “right” is actually the side of the eternal qualitative, of those who want adventures, while the left is the side of those who want to hide from challenges. They want safety, not reality. They want to sterilize the world, make it uniform and equal, and serve it up in styrofoam packages with little sauce packets ($0.15 extra).

Beyond the left/right divide doesn’t mean you hybridize the two; it means you see that the two political sides are symbols standing for where you stand on the issue of life itself. If you stand with the left, you have given up on adventure and chosen sterile safety. If you stand with the right, you’re going to end up in defensive mode against the left, which means you won’t discover the underlying sense of beauty to the right-wing viewpoint.

The best girl is the one who grows up innocent, has grand dreams, has an active mind and body, and who comes to you pure as you come to her, and together you form an eternal bond larger than physical circumstance, by which you raise a family and grow old together. That bond stands the test of time. Qualitatively, it’s better; quantitatively, you can have sex with 10,000 women and not get the value of that experience, and you’ll still die isolated.

The best job is one that represents a frontier, where there are few rules except to get the task done, and where there are plenty of pitfalls for you to outwit and outmaneuver. You’re not camping out at a desk waiting for the meetings, compromises, paperwork, committees, endless emails and authority figure drama to be over; you’re on the cutting edge, forging something new, pushing back fear and fear of death to change your world. Quantitatively, however, such a job is dangerous and you’d be better off flying a desk from which it’s hard to get fired, than taking on such unreasonable risks.

The best life is one where you don’t get up each day and think, today is like the meat that we get in the grocery store: chopped into a piece of the right size, sealed in plastic, with an expiration date and probably dyed to make it seem nice and red and juicy. In the best life, you wake up and think, “I wonder what today will bring.” In the post-1968 liberal-consumer state quantity-based life, you know what today will bring: more of the same.

Generation X is slowly awakening. Don’t blame them; they were stunned by the cruelest and most invisible form of child abuse, which is parental undermining. If they made normal kid mistakes, they got educated in the “correct” thoughts. They saw their parents miserable at boring jobs and knew they were being groomed for the same. The quest for safety eliminated most adventures they could have. And finally, they got thrust into a world with no innocence and no ground rules, where making money and being popular was the only value, and no quality of experience existed.

But as the dust settles, and the throbbing memories of never being good enough for Mommy and Daddy (who had no idea what they wanted anyway) fade, Generation X is changing direction. They are not marching toward the past, towards 1968, as they did in the 1990s. They’re marching toward the only way out of this dark cavern of modern confusion, which is the exit.

They want more: they want an unsafe, unscripted and potentially dangerous life. And in doing so, they’re going to throw aside the left/right divide by throwing out the fashionable leftism that has dogged Western intellectuals for a millennium, and they’re going to toss aside the society of convenience, and seek adventure — by first seeking it in their own souls, and wanting more than the too much we have.