Eddie Jones Knows How to Choose People. Crowds Do Not. 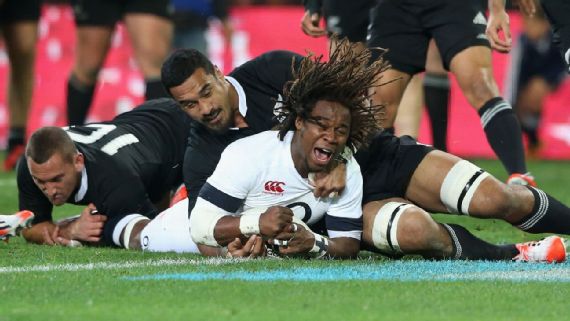 “One of the best pieces of advice I ever got was that if you listen to the fans you’ll end up in the grandstand with them,” â€“ British National Rugby Team Coach, Eddie Jones

Hereâ€™s how the citizens of a great democracy choose their most important friends….

Here is how someone far more intelligent makes that sort of crucial decision.

One of the toughest things you can do in life is properly picking your friends. It is also one of the most important. You are the average of your 5 best friends. The guy who has your back, is the guy best positioned to put a big, sharp knife between your ribs. Choosing your friends can be well informed by how Coach Jones picks his rugby sides.

You need your friends. Ignore the PC, sparkle-pony BS. You should be choosing your friends based upon what you need help with. Do not choose them based on popular opinion. This doesnâ€™t make you selfish or solipsistic. You avoid the solipsism by inverting this principle and making yourself a useful human being to be around. Support others, and you are in no way a jerk for expecting the same by way of reciprocation.

How can you tell if someone is useful? Start with empirical observation. Jones describes one of his more controversial selections as follows.

“I always go back to the New Zealand game that England nearly won, when Marland scored that try when he ran over the top of Richie McCaw*,” Jones said. “If a kid can do that, he’s got potential, so I’ve had a special interest in him. He’s an interesting boy he wants to portray that gangster image, but he is a hard-working player. I think he can do things in our team that will really add to us.”

So this Marland Yarde cat that Jones shocked the experts by selecting supposedly likes to be thugged-out and gangsta when he isnâ€™t in uniform. Is Jones hiring the man to dance at Cotillion or select his I-Pad playlist? No. He hires the guy whose observed deeds on the field of combat suggest a will to play hard and consider â€œQuitâ€ the four letter, Anglo-Saxon word that it is. Jones wants certain, important things in those he chooses to play rugby for him. You should decide what is important to you and choose your friends accordingly.

Finally, choose a wingman who wants to be there. Choose the people who are willing and motivated to ride along on whatever lifeâ€™s rucks and mauls throw at you. Eddie Jones looks for that hunger and the sense of proper gratitude that this instills. Jones tells us how this works.

“There is a company I did a little bit with, a blue chip company. The CEO said when he recruits people, the first thing he does is look for the people from a broken family because they are desperate to succeed and it is the same in sport. You want people who are desperate to succeed. It’s got to mean something to them for whatever reason.”

This suggests that not every decision should be getting made via direct democracy. People who donâ€™t quite get why Bernie Sanders should choose an experienced guy like Bernie Madoff as his VP. This brings up questions of just how large of an electorate should be voting and just how many things should go to referendum. We mistakenly believe that popular = good. I can assure you popular â‰  intelligent. Think before you go with popular.

* Rugbyâ€™s Most Valuable Player the last two or three years.