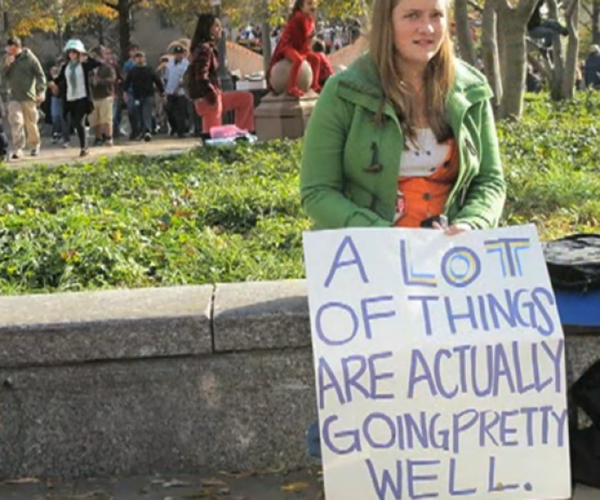 Biology informs our perspective on a number of our societal problems. One thing that it tells us a lot about is the curse of enforced diversity. We here at Amerika champion the old maxim that diversity does not work. But so far we have cited this as a given, not subjected it to probative analysis. This post seeks to draw upon our background knowledge of Deep Ecology and provide the analytical prop to support the maxim with appropriate rigor.

We know from basic biology that an ecosystem consists of the environment that surrounds a community of species and comprises the region within which these species tend to competitively react. Within said environment each living organism requires four things to do well: food, shelter, water, and space. If there isn’t enough for everybody to get a pony, then one or more of these resources is a limiting factor that is by definition scarce. Once we have scarce resources, competition ensues. Some win, some dirt-nap, some head straight for the exit.

We can then compare our society to said ecosystem by analogy. The different sub-cultures such as religions, races, and social classes are all populations attempting to lay hands on what they need. When times are good and easy, you will get more of them. Absent limiting factors, the different groups will tend to coexist. But when one of the big four requirements runs scarce….Some win, some dirt-nap, some head straight for the exit.

Biologists define diversity as the variety of differing species that exist within the confines of an ecosystem. By analogy, we can describe cultural diversity as the number of different subcultures that compete for resources and status within the society. A biologist will define an ecosystem as robust when it contains significantly large amounts of diversity. A simple extension dictates that a diverse society should also be robust.

However, we now reach a contradiction. Diversity equals conflict, or diversity is our strength. Can it be both, could it be neither or is it forced to be one or the other? This requires an analysis of our appetite for conflict and tendency toward destruction. In competition, some win, some lose and some retreat for the hills. We can referee this competition, or we can let it go full-metal Darwin. We can let iron sharpen iron, or we can make certain competitors pad their blades and use whiffle bats, not war clubs. Finally, and most importantly, we can allow for the graceful exit of those hors de combat or just sadistically kick ’em back into the field of play.

When the competition is refereed, we need to feel confident the referee is just. We have so badly sunk into Post-Modernism and incorrectly applied Nihilism, we can’t even define the term just. Equality of result becomes an ideal held by most who fail to get results any other way. Like the whinging, flop-artist soccer player these people constantly work the ref rather than working on leveling up their game. When this works to the extent that Asian-Americans with an ACT score of X1 have less than half the likelihood of getting into Harvard of a Hispanic-American with a similar score, the impartiality of the referee can only be called into question.

It also calls into question what we define as a strength. Let’s say Harvard University has the best Applied Mathematics Department in America. Let’s also assume it takes a hundred new majors per year. If diversity is truly intended to produce social robustness and iron really sharpens iron, then we ultimately would have to steel ourselves for an outcome where all hundred members of the next Applied Math major cohort at Harvard were all Vietnamese Americans. If that group of individuals happened to be the top hundred, and if diversity is our strength — as opposed to being our slogan — we’ve got to be totally cool with that. Even if we are either Caucasian or African-American. If we really believe Vietnamese lives matter, what else could we conclude? If the referee forces any other outcome, than obviously we have some sort of unjust and implicit hierarchy of which lives really matter more.

So if the game isn’t fair, should everybody have to play? Now there used to be an implicit right in America known as Freedom of Association that dictated the extent to which you were forced to experience diversity. People could live, work and do business with those they trusted and felt a level of comfort with. Now you will bake their wedding cakes even if you find them utterly detestable and would forego the income that produces with pleasure. You literally can’t escape, and if you compete too hard and too well, the referee will intervene and prevent you from winning to the extent to which you deserve.

Imagine an NBA game where Steph Curry has to crank his threes wearing a pair of five pound ankle weights. Imagine we just tech him up and give the other team free throws if he turns around and gripes. That’s the diversity culture of Modern America. It is not our strength. It is often a laughable rendition of Kurt Vonnegut’s classic Harrison Bergeron. Iron is not sharpening iron. The resources are not accurately valued and a predictable Tragedy of The Commons settles upon us as a pestilence. The different cultures forced into this revolting petri dish of dysfunction hate one another with the blistering fire of a thousand suns.