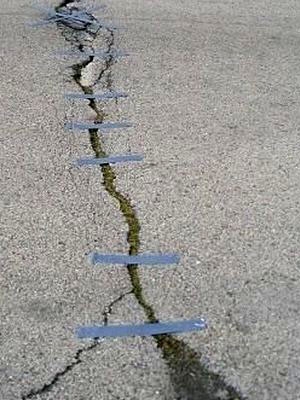 This election cycle it is dismaying to see the Right again in disarray, unable to find a candidate who is a clear winner. There are many reasons for this but the primary failing is a lack of commonality of purpose among the right, which makes any candidate but a generic candidate a risky venture.

Without a clear purpose, people turn to easy answers, which means convenient semi-truths which are inoffensive. This means that we pick our leaders not on the basis of the most important problems that we face, but the least consequential ones. Politics becomes a game of symbols and emotions.

Since 1968, the American and European right-wing parties have become conservative in name only. During the tumultuous events of that decade, it became clear that social pressures win out over substantial issues, and that leftism ideas are always more socially successful because they are the easiest answers.

Leftism gives us a primitive view of the world that is comforting in its simplicity. If everyone just did whatever they wanted to, leftists reasons, no one would be upset and we could all get along. That would mean a lack of problems between people, which leftists assume are caused by dissatisfaction.

Herein is revealed the predominantly negative nature of leftism. Since its thesis is that dissatisfaction is our problem, it seeks causes for dissatisfaction so it can fight them and if that fails, blame them for its failing. It is an airtight alibi, the kind of binary worldview that makes cults thrive.

The right has nothing to compete with this but has been trying to adopt the leftist method. In Europe, the New Right has adopted a victim mentality similar to that of liberalism where it blames corporations, NATO, and religion for its problems.

In America, the right has retreated even further into a bastard form of leftism called “neoconservatism,” which reduces conservatism to patriotism based on the liberal values of freedom, democracy and equality — and commerce, which supports all three.

The sad fact is that by the numbers, most humans want to believe easy answers and do not care if those answers are a lie. When the Cold War was raging, it was de rigeur among Western intellectuals to embrace Communism as “a better way,” even as the evidence of its failure mounted.

In fact for each killing field, mass starvation, dreary everyday life and eventually systemic failure, the leftist intellectuals strengthened their pro-Communist stance. They did not care about the results of Communism. They cared about it as a symbol, or a social idea, that said “I’m not like the others — see me do the ironic and unexpected and support this radical viewpoint.”

The right will never be as popular as the left because the right is not based on easy answers and social symbols. The right is based on results. It is failing now because it is trying to appeal with easy answers, but has none to offer.

If the right wants to succeed, its salvation lies in telling the truth: our civilization is falling apart, and this process was accelerated by the 1968 unrest. We need to re-construct so that live in a nice place that’s going somewhere again, instead of trying to get more comfortable with the ruin.

This stance would require the right-wing to drop the pretense and come out with some actual right-wing opinions, despite them being un-PC. For example, recognizing that most people don’t have a clue about politics and this is why leftism is popular. Or that taxes are high enough, and the problem is that governments waste money like drunken sailors.

We cannot undo the past. It is here. We can instead point ourselves toward better goals for the future. These goals can aim for results instead of pleasing social symbols and easy answers. That is the essence of the right and until we rediscover our voice in its praise, we will forever be adrift.