Earth is the Human Jail 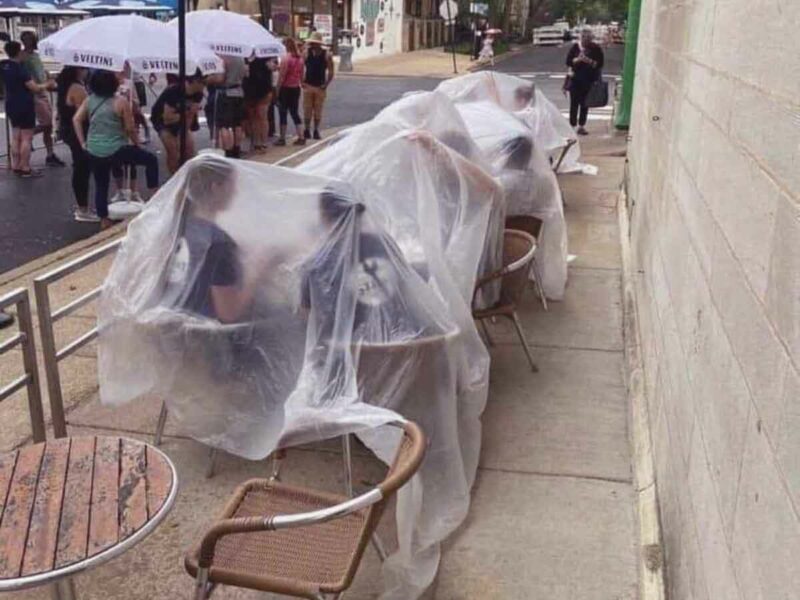 After finding that some humans tend to be worse than counter-productive, other humans developed ideas around banning or keeping such rascals under control in some way or form. One way to ban them from society was to jail them once a fair amount of proof of prior anti-social conflict was established.

From this point of view, the next step was to rehabilitate such individuals before they could be released back into society. It should be noted at this stage of my opinionated argument, that individuals are incarcerated and rehabilitated, but organizations, to this day are not, which is a topic for another day.

However, there has been an attempt to manage bad organizations also, despite unspectacular successes at rehabilitating bad individuals. One example is Nelson Mandela, who never stopped advocating violence despite being incarcerated and released. In fact, he said somewhere that if a government is bad. even his own government, then people must get violent.

According to crime statistics, South Africa is clearly a violent society since Mandela became president. One example of this is the rolling protests not only during 2021, but that South Africa was declared at one point to be the protest capital of the world.

South Africa was the first country (or organization) to be subjected to a rehabilitation exercise. Without going into detail, which is widely available, such exercises follow the well-known psychological process of; acknowledge the mistake, say you’re sorry, change your behavior, and find a new life. They forced South Africans on an organizational level to do this. In other words, the country was their jail, and they had to rehabilitate. To be fair, all South Africans had to admit their failings, then change their behavior and then unite behind the new flag, sports, music and history.

South Africa was just the experiment while the real rehabilitation target (organizationally speaking) is the entire Anglicized West. Although the South-South countries do not understand this, they are now being dragged into this scenario as well, where authoritarians (just like the old South Africa) must also apologize.

There appear to be different kinds of violence emerging these days. In fact, it looks like the Bush World Order, which was branded as a thousand-year peace initiative, is causing different violence spurts in different places. It is almost as if the pressure cooker culture promotion is blowing up in all directions and all disciplines, all over the world.

Since the thousand-year change management plan for peace has utterly failed, the entire world is now the jail. All humans must adhere to the rehabilitation process (not principle). The euthanizing penalty for not conforming will be some bat virus (because only we can help you – if we leave, you are going to die). In other words, separation anxiety becomes existential anxiety which drives violence and conflict.

The first is the idea that a backward country does not need to pass through the same sequence of stages already achieved by advanced countries. It can combine elements of both backward and advanced countries and leads to the idea of the permanent revolution. The expression “permanent revolution” was borrowed from the Address of the General Council to the Communist League, 1850, by Marx and Engels. Trotsky wrote: “The permanent revolution, in the sense which Marx attached to this concept, means a revolution which makes no compromise with any single form of class rule, which does not stop at the democratic stage, which goes over to socialist measures and to war against reaction from without; that is, a revolution whose every successive stage is rooted in the preceding one and which can end only in complete liquidation.”

The only remaining relative constant is human motivational drivers and their manipulation through narrative control.  To avoid permanent self-consumption, humanity will have to develop a conflict management model for humans based on such drivers. As Scott Adams wrote: 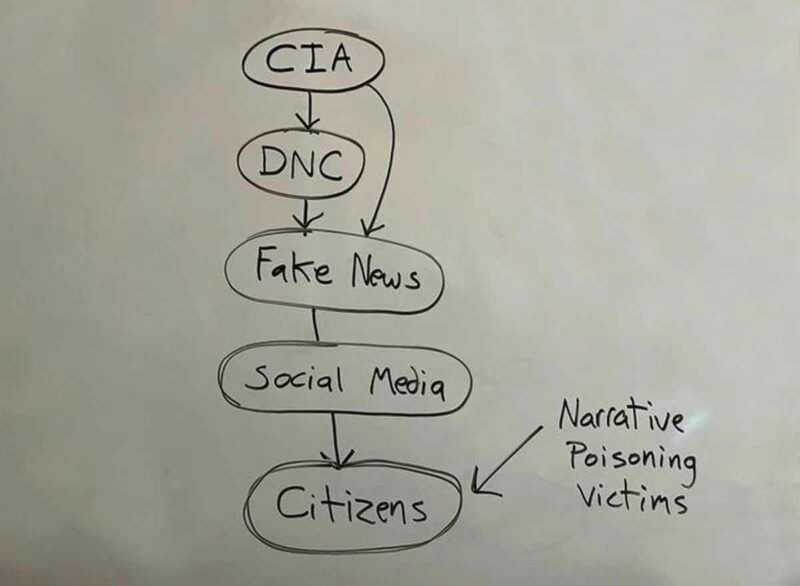 There is no feedback loop because they use scenario planning to create options from which elites can choose their desired future. The current Western elites such as King Charles et al have chosen the moral high-ground scenario originally developed by Clem Sunter in South Africa around 1990 to 1994, and subsequently bought by the FBI. The narrative bit was added by Dave Snowden 2005.

Instead of developing an updated cause and effect, goal-oriented model, the elites found it more beneficial to create a fake unachievable image for the masses to obscure and deviate attention away from them. It is the new bread and circus idea started by the Romans where the masses took over Rome while the “government” operated from a different city. In the world of 2000 AD, the circus is the abstract, image-oriented world of moral high-ground where substance or content don’t matter, because dwellers are mentally inundated with likeable images in their basements.

This type of linear organization will and have also created conflict, but of a different kind. The original conflict was where a thief would come to steal your food. Now, the thief is encouraged to steal your food, but the outcome of that is a happy thief while you suddenly realize that you cannot complain being hungry yourself, so you grit your teeth and if you can’t keep it in any longer, you lash out at everybody and anybody in a woke rage.

The first conflict is repeatable, the second varies from person to person, all of which indicate that the original conflict is of an external type, while the post-modern, post-truth conflict is internal. It is the human conflicting with itself.

Examples of the above:

Lack of transparency causes lack of trust, which results in reduction of military effectiveness and an increase in (fake) information “warfare” i.e., ISR and robotics/drones. Humans therefore are not effective as combatants anymore, due to its internal conflict, therefore it would be better to use machines. My question however, is asking a self-conflicting human to design a robot, like asking Boeing to design the 737Max, not perhaps a bit much?

This also defines the requirement to develop a new conflict management approach aimed at human characteristics or drivers. However, it appears that Western elites do not want this type of model and would prefer having self-conflicting humans in perpetuity. The problem with that is that the West is the minority, and that the world majority would prefer the opposite. This includes China where their elites want a strong army and a prosperous nation. In other words, other groups of elites see their people as human capital, whereas the West sees its citizens as human risk. Being populous is a danger.

Treating humans as a danger requires a different mindset, meaning they should be jailed, all of them. If we want to escape that, we have to manage conflict, starting with the recognition that not everything that humans want is good nor are most people reasonable, and in fact, mob rule leads always to permanent revolution.

Facing The One Issue That Decides Our Future | DiversityWatch (December 17, 2022)