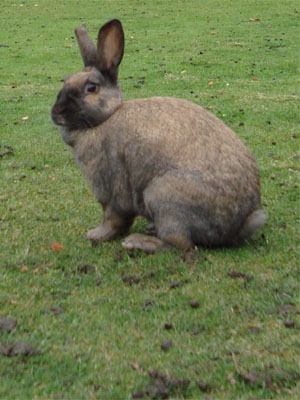 Right now, there’s a popular meme floating around — there usually is such a meme and if not, someone is this instant trying to invent it.

This blog is ducking it or not participating in talking about this meme, despite the fact that most readers expect a “unique angle” from every source they read, and participation in the meme would reward us with more popularity.

Most political rhetoric takes a form that a kindergarten teacher would delight in, which is to divide the world into a bad external thing versus those of who are (wink) in the know. In our enlightened state, we can avoid and even wage war against the bad thing. It’s so simplistic it’s improbable.

Yet it is popular for the same reason another theory of evil describes. In that view, the problem is not external things but the weakness within that is caused by self-interest and individualism. It’s like the Tragedy of the Commons writ large: the enemy is within and caused by our best intentions.

This theory (pioneered by Immanuel Kant) will never be popular because it is difficult to comprehend, and requires difficult action. “Don’t join the Klan” is a nice clear moral statement, which is why kindergarten teachers, government bureaucrats, television advertisers and controlling parents love it.

As the last thousand years show us, however, such simple binary statements of morality do not work. The instant we label something “good,” everyone with bad intentions will go over to it and adopt it as camouflage. In addition, none of our problems are that simple. As they are in our inner lives, our problems as a society involve self-discipline, getting organized and not procrastinating.

Because we are weak to such things, and because we want simple answers and simple distractions, we chase around after memes and trends and other irrelevancies. Almost none of us cared about the child slavery of central African warlords a week ago; what’s changed is that a meme became socially popular.

People are cashing in on the popularity of this meme. The result takes up bandwidth — airtime, column inches, gigabits and even minutes of conversation — and blocks us from discussing all the real issues. Even better, because we feel that rush of self-righteous “activism” with the meme, we don’t even look for any issues that could be more important. From nose to tail, it’s a surrogate for effective activity.

You have surely noticed that most of our society operates on such crazes. Government loves a trend, like Satanic ritual abuse or drug dealers in schools, because while the trend is in operation every expense can be justified by claiming to be fighting the evil identified by the trend.

“We need armored vehicles in our schools to fight the Satanic ritual abuse plague, sir, and they’re a steal at only $2.8 million each. Think the taxpayers will buy it?” They will. They always do, because the trend always sounds like a positive solution to a horrible problem.

Crazes are also popular with advertisers. They no longer have to do any real work; they can just hop on the bandwagon. For the same reason, crazes are socially popular: conversation just makes itself, kind of like talking about sports, TV or products, which is all most people seem to talk about anyway.

You can see the obvious problem. Our society distracts itself with trends, and the real problems just gain strength. Innocently each of us participate from fear of appearing evil by not joining the witch-hunt, or to profit, which makes us conspirators in replacing thinking with conformity.

If you wonder why complex societies can rot from within and collapse, as if everyone was tuned to the same television channel that hid the problems from them, this is why. Our social instinct as herd animals causes us to chase our own tail, and blind to reality, we don’t notice the threat — until the end.