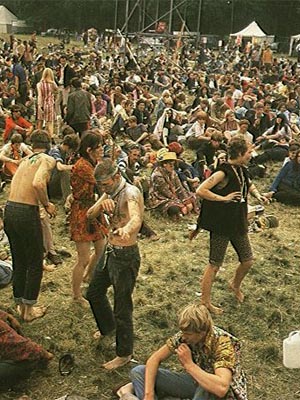 The popular opinion on this topic: make drugs legal or decriminalize.

I believed that once. I figured that if people wanted to do drugs, let them and we could stop this crazy cat-and-mouse game called the War on Drugs.

Years later, and having spent a lot of time studying secondary effects, I have reversed that opinion. Drugs are an idiot magnet and we should not only keep them illegal, but prosecute users.

If you are poor, a minority, unsatisfied with your life, or are mentally ill, you are likely to become addicted to drugs. – In Mala Fide

If you want to attract more of these people, be sure to legalize drugs.

They will show up and bring their friends. Since they are not sterile, and they love to copulate (high correlation in pleasure-seeking behaviors across the board), you will soon have many more of them.

Let us flood our streets with urban trash.

Do we want to invite more of this behavior?

Legalizing drugs would make drugs cheaper, which would encourage people to spend more of their time on drugs. In turn, it would make discrimination against drug users a possibly illegal act. If the behavior isn’t illegal, how can we not hire or rent to them with any legal standing?

Even more, we see the social consequences of drug use. Whether drugs are legal or not, we have mothers spacing out on their kids, people passing out and driving in a stupor, incompetence at work, and any number of other problems.

If you said to me, “Can we legalize drugs for the independently wealthy and idle?” — I’d approve of that plan. No harm and no foul.

Everyone else has to earn a living, raise families, and keep themselves out of trouble, none of which they can do while on drugs.

Cops know this. They defend the drug war not just for the fat overtime paychecks, but because they know that people who tend to use drugs also tend to commit crimes and have evasive personalities.

I am no fan of modern society. I’d like to evade it too. But that’s a dead-end path, and telling good people that it’s OK to follow it is tantamount to telling them we don’t care if they live or die.

That just makes the bad stronger, just as legalizing drugs makes them think they’ve found paradise for parasites: a willing host with fat welfare checks, lax laws, cheap drugs and no consequences for their actions.

From the first article:

Iâ€™m in favor of legalizing drugs at the federal level but allowing individual states/municipalities to ban them if they like, and ending the governmentâ€™s meddling in other countriesâ€™ drug policies.

Instead, let’s do it the other way around: pick a test area and legalize drugs there.

The Netherlands found their legal drug culture encouraged a total tourist mess. For the last five years, the trend has been toward increasing restriction of drug culture in an attempt to channel it into red light districts and away from the rest of the population.

Portugal legalized drugs, and while the usual suspects are trumpeting how successful the program is, I find that anything with lots of “true believers” (pre-debunking “useful idiots”) attracts lots of journalists and social workers willing to fudge statistics.

In the meantime, Portugal is going broke, its government is near collapse, and one reason for lowered drug use is that anyone who can leave is hitting the road. You don’t want to be the person stuck paying taxes when a regime collapses.

None of these people have come up with a working plan. Here’s Ferd (whose writings I normally enjoy) again:

For most of the history of European and Western civilization, people began working and raising families in their mid-teens, and those teens built the greatest culture the world has ever known. Now, in the twilight of our empire, we donâ€™t let kids work, we donâ€™t let them drive, we donâ€™t let them smoke or drink or fuck or assume ANY adult responsibilities or privileges. We shuffle them into an educational system that caters to the dumbest and weakest instead of the strongest and smartest. We force them to spend four years in college, racking up tens, hundreds of thousands of dollars in debt that theyâ€™ll be paying off well into their thirties. We stand over their shoulders at all time, never letting them do anything on their own.

And then we sit around and complain about â€œkidultsâ€ and how the younger generations are immature and wonâ€™t grow up. HELLO! They wonâ€™t grow up because their parents and guardians and teachers wonâ€™t let them.

He has a point here, but he draws the wrong conclusion.

Fixing education is a matter of making it competitive again. College is expensive because every student carries the load of affirmative action and dumbed-down students. Make it harder to get into college, get rid of these stupid quotas, and watch the prices fall by half.

The more degenerate and immoral a society becomes, the more obsessed it becomes with mollycoddling its youth.

Most of the options available to them out there are pitfalls. Parents are busy with work and failing marriages.

Until we clean up our society, our youth aren’t making “decisions” — they’re following impulses from media, rock star “role models,” and their peers.

I suggest we give the kids some choices to make, but only when we’ve cleaned up the mess. Further, instead of choices like “what drugs do I take?” (a moronic question) let’s give them more choices in what they study and what other activities they participate in.

You want adult decisions? It’s not how you party. It’s how you spend your time: take up an instrument, or a martial art? Double major or not? Join the officer corps?

Claiming that we’re giving kids more adult decisions by dangling drugs and alcohol in front of their faces is just silly.

People who are fucked up will always find a way to fuck up. If itâ€™s not drugs, itâ€™s alcohol. If itâ€™s not alcohol, itâ€™s overeating, or video games, or obsessively following celebrity news, or writing Wikipedia articles. If you want to stop drug abuse, you have to stop people from being fucked up.

He runs afoul of this knowledge:

The falsely-accused black man and the guilty white man form what is called a â€œtropeâ€â€”a “storytelling device” or convention.

For example, in the case of the African immigrant hotel maid who accused Strauss Kahn, everyone has banished from their mind any previous stereotype about women in her position making things up, and replaced it with the stereotype of the vile white racist who takes advantage of minority women. (VDARE)

The pity-the-victim trope encourages us to think that people are broken, so they need some way to express their brokenness.

In realityland, we see that instead, we’re encouraging their brokenness by tolerating it, thus ensuring that we’ll get more of it.

I wish there was a nice easy answer like “legalize drugs and the problem will go away.” However, as with alcohol, drugs remain a problem and always will be. Any time you can get to a happy place in your head and leave reality behind, there’s a risk.

The solution is not to coddle that risk, but to make a clear statement: dropping out of reality is a terrible idea, and we’ll fight it wherever we find it.

If people want responsibility of an adult nature, how about this: moral choice. Drug use leads to bad things. It’s a moral choice to avoid it.

Society should not waffle on whether it’s good or bad. We should make it clear from the start: drug use leads to degenerate behavior, makes you into a wimp, and is a path to decay.