Driver, Where You Taking Us 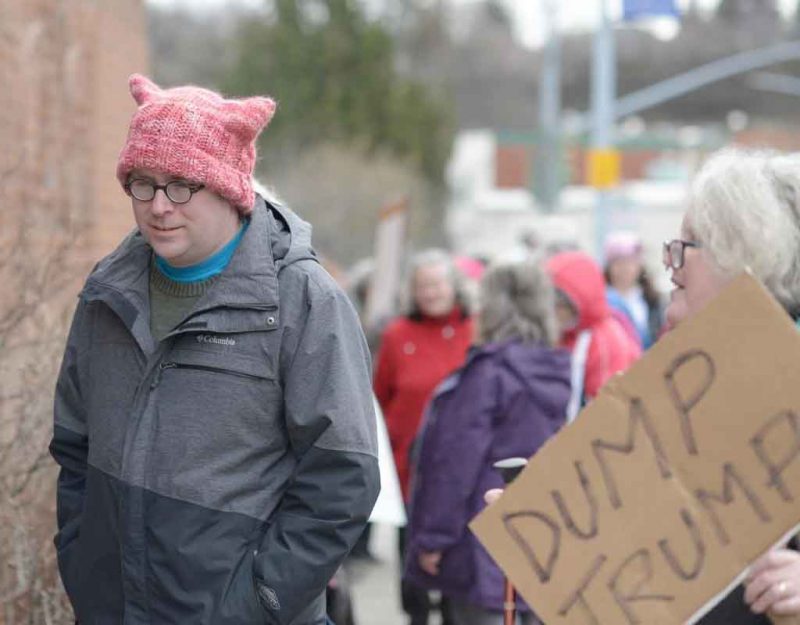 If a sane, logical person has to journey somewhere, they’ll typically makes some fairly mundane and reasonable preparations. They figure out where they start from. They’ll figure out where they intend to go. They consult a map and pick the closest thing there is to a direct, high-speed route. That is, if the successful traversal of the route is the actual goal of the mission.

One way to tell that someone is taking you for a ride, and that it isn’t going to a nice, happy beach; is if they don’t stay headed for a very specific end point. The differing responses that different states of The USSA have taken to #WuhanWipeout are a case in point. One of the few positive aspects of this entire debacle, from the standpoint of the societal and political stability of the rather wobbly USSA Constitution, involves the reintroduction of Federalism. Fifty states have proposed about fifty different answers.

When traveling from chaos to renewed stability, there are worse exits The Leviathan can choose than tailorability. Recognize that different territories have different people and different folkways. The wise depot imposes a diverse despotism on a diverse empire. One size of Doc Martin doesn’t fit every human wind-pipe you may feel like stomping on. According to sages such as De Tocqueville we can develop a metric for efficient repiratory pipeline crushing. Then we compare all the poor schlubs we’ve trodden on and thereby buy ourselves the properly fashionable statist boot.

Be that as it may, the entire #WuhanWipeout thing seems increasingly like a snow-job. We started wanting to flatten the curve. Then reduce the spread, and then on to locking !EVERYONE! down until a permanent cure and vaccine are both found. Next, I’m sure, the vaccine and cure will both have to work to perfect perfection – on each and every patient; regardless of how much meth or marijuana they have ingested prior to testing #WuhanWipeout positive. Until then, letting people use the bathroom without a hall pass wouldn’t be safe or prudent.

So if you’re in Burkina Faso right now, and whatever Tribal Communist or Military Fascist has locked you on down to better and more effectively ruin whatever you have left of an existence; then here’s the wise thing for you to do. Just stay indoors, take it easy, and eat Cherry Garcia ice cream out of your $35K refrigerator like all the smart and glamorous people such as Nancy Pelosi. Oh, wait.

The United Nations Development Programme (UNDP) has warned the coronavirus pandemic is “unleashing a human development crisis,” with declines in fundamental areas of living standards expected to be felt across most countries, rich and poor, in every region. The report, published on Wednesday, estimates that global human development — which is a combined measure of the world’s education, health and living standards — is on pace to decline for the first time since the concept was developed in 1990.

I was even initially ingenuous enough to sign on for three or four weeks of unearned incarceration. As soon as the fascists let me out, I’m making an appointment to have my wits sharpened like Thorgrim’s Trusty Battle Axe. My take was that a brief social caesura would give doctors an opportunity to figure out what this thing was and how to fix it. That has happened. It has happened so well that the death counts track the JPW Happy Unicorn Farts with Sparkles Scenario rather than what I believed reality would actually look like. If I had the grim task of actuarial work, I’d say 115K (about 0.00003 per Million of Amerikans) should die from #WuhanWipeout before it mostly goes away in mid-July.

The USSA medical industry has done what any reasonable rater would consider exceptional work. About 1/5th as many people have taken #WuhanWipeout Dirt-Naps so far as I had honestly expected. This makes me about as proud to be here as anything that has recently happened. Perhaps dropping the nukes on Japan is the only thing I can think of in recent history that has saved more Amerikan lives than the good and diligent work of our medical profession in learning about how to fight #WuhanWipeout.

So Amerika’s doctors have pretty much beaten #WuhanWipeout the way The Chicago Bears beat The Washington Redskins one year – 73-0. Game over. We win. Reopening of the US economy happens tomorrow. If maximizing the ability of the USSA medical establishment to fight this disease were the actual goal here, then that is what would abviously happen. Maybe that isn’t really the goal.

In that case, we need to figure out what the lockdowns are actually for. We have a System Identification problem. We know the inputs. There’s a nasty disease, a bunch of nosey agencies and a veritable plethora of obnoxiously overbearing regulations. There are probably gynocological practices that don’t get up into people’s businesses the way some of our state governments have this Spring.

We can observe the outputs. Economic progress is crushed throughout the world. The USSA equities markets have lost about 2 years worth of forward progress. At one point, we had retrograded to the point markets were at when President Obama blessedly concluded his second term. Small businesses all across The Fruity Plains have been nuked like Nagasaki. Unemployment, at least for the nonce; has shot through the roof like the lid of a defective pressure-cooker. Billionaires have gained $434Bn in net worth. Home Depot and Walmart have been deemed “essential” and are therefore rapidly attaining retail monopolies as non-essential people like the neighbors down the street are on welfare against their own wills.

A System Identification problem involves the logical process of figuring out the nature of a Black Box system. You start with the inputs, examine the outputs and then test the fundamental hypothesis that the machine exists to turn Input Set A into Output Set A’. If Input Set A’ is misery, penury and quite possibly despair-driven suicide; then the purpose of the continued #WuhanWipeout lock-downs closely or completely maps to Set A’ according to a bsaic System ID Null-Hypothesis. So there are two things that can happen here.

1) Reasonably intelligent people can try and convince me that I’m wrong and the lockouts are for my benighted and ignorant redneck good. Histrionic scare-porn leaves me completely and utterly unconvinced on any level. I’ve already been told that two million Amerikans would !DIE! and that I was a denialist if I didn’t immediately believe it.

I was told that by a guy whose software code was an utterly unprofessional mess. This same guy, who came up with the concept of social distancing until we “bent the curve,” couldn’t be bothered with his own suggested quarantine. He wasn’t even willing to bend his own Dicky-Whicky Curve by staying in lock-down and not porking some woman he wasn’t even married to. That’s how much The Western World’s elite scientific geniuses genuinely believe #WuhanWipeout is a threat. My current hypothesis is that they find it useful instead.

2) End the lockout now. Your might get a cure or vaccine in the next 18 months. If Amerika’s pharmaceutical research works as well as our military research or academic software coding, you will most definitely not. As long as anyone is stupid enough to keep on paying the SEPM burn-rate, nobody but a frikken’ idiot would cure Coronavirus 19. Bristol Myers Squibb would fire that prick with a Charge 4 – effective immediately. Can you imagine the spike in White Collar Unemployment if anyone were malignant enough to generally and effectively cure any form of common cancer?

This could end soon. It may not have to precipitate another Amerikan Revolution. In terms of eternity, 5 November 2020 is right around the corner. But in the meanwhile, let’s all learn a lesson here. If the nice man offering you a ride is coy about the destination, don’t be the kid that hops aboard. Ask the question famously asked by Jim Morrison of The Doors. “Driver, where you taking us?” This sort of sane self-preservation prevents you from falling prey to the political bait-and-switch trap of deliberately obscure objectives.