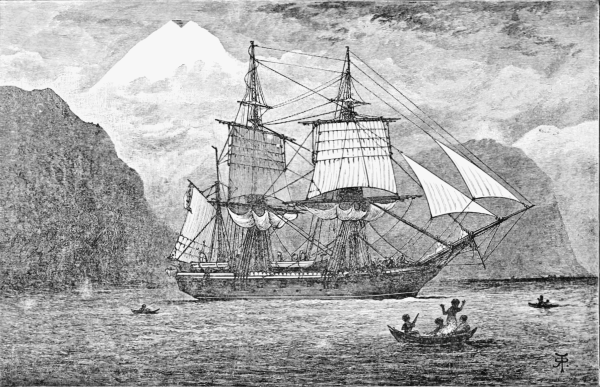 Today, the concept of adaptation is well-spoken for. However, the opposite, steadfastness or resoluteness, is just as vital. In fact, given the context of the here and now, I believe it is much more vital. If you think about it, the words â€˜steadfastâ€™ or â€˜resolute,â€™ are not words we hear often. I actually had trouble thinking of what the opposite of adaptation is. I believe that says something about the social environment we have created for ourselves. Steadfastness, resoluteness, and faith have become slandered as stubborn, obstinate, and lazy. We have become carried away with adaptation and change.

Iâ€™ll never forget when they explained in middle school why we had to learn a foreign language. I had no interest in learning a foreign language. But this will look good on a resume. There were going to be a lot more Mexicans in our future and communicating with them was an opportunity we wouldnâ€™t want to miss. We could all be translators, apparently. Imagine a world full of translators. It would be like a commercial for Apple products come to life.

If I was an evil genius, and I wanted to manipulate someone, demoralize them, and keep them malleable, I would constantly be shifting their environment and landscape, so that they constantly had to adapt to it. They could never relax or get comfortable. They could never master a skill or body of knowledge deeply. They would have to dance to my tune. If they objected, I would claim that they were stubborn, they were going to be left behind, this is the future, adapt or die.

The rhetoric of adaptation is often nothing more than manipulation. He who adapts to the other is weak, he who forces the other to adapt is strong. A translator only has a job because someone more important than them has something interesting to say.

I think people give in to adaptation because not adapting is the bigger gamble. They canâ€™t wait that long and they crack under the pressure. They now spread the word of adaptation so that others will join them and so they donâ€™t have to second guess themselves that maybe they gave in too soon.

When we tell people to adapt, we are not telling people to adapt to reality. In fact, we insult reality when our best advice to each other is to adapt to our own man-made social environments. Biology and millennia of evolution have already adapted us to reality in the most important sense of reality, the work has been done for us, and thereâ€™s hardly any way we could improve upon it.

I suppose it is all a matter of strategy. A good coach will have two strategies, the long term strategy, and the short term strategy. The short term should be flexible, like a coach making adjustments at half time; it can “adapt.” But it is absolutely a mistaken strategy to easily lose faith, and constantly change and â€œadaptâ€ at the drop of a hat. That is exactly what your opponent wants you to do; you are putty in their hands at that point. They are leading the discourse, not you. You donâ€™t game plan for an entire week only to throw it out the window at the first sign of a hiccup. It makes you the weaker party.

We should not teach people to get with the program; we should teach them to understand how reality works fundamentally. One word can be translated into many languages, but the meaning of the word is always the same. This â€œsamenessâ€ is what reality truly is.

Understand those aspects of communication that are universal, not the mechanics, but the meaning behind the language. Adaptation is like translation, it has its use, but the real substance of reality is not moved by it. We should encourage our children to write the masterpiece that must be translated, not to be the translator of someone elseâ€™s masterpiece. While everyone else is adapting in a panic, he who does not adapt, stands out from the crowd and signals confidence and strength.