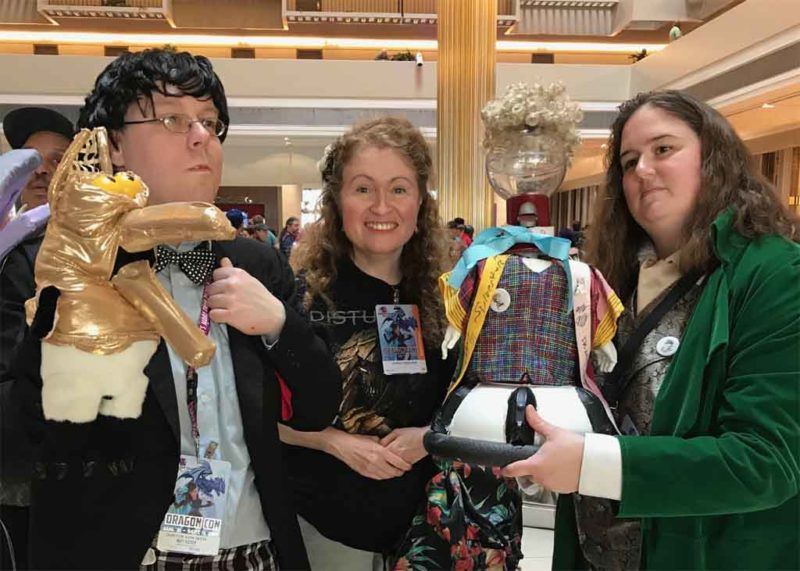 At the risk of ruining my cool cred, I have an admission to make. Not counting a single day of taking my daughter to New York ComicCon, I had never been to a single con. So what better place to start than one of the biggest cons in the world? In truth, after having my novel Chasing Freedom nominated for a Dragon Award last year, I had a perfect excuse to come and decided it was now or never.

DragonCon is, in a word, huge. And Iâ€™m not only referring to the number of attendees (this yearâ€™s estimate is over 80k). Hyatt and Marriott, the two central host hotels, seem to stretch forever in all directions, with minimal signage and the â€œgo down to get upâ€ escalator system making them feel even larger than they are. The number of tracks, panels and shows is such that even Hermione in possession of a time turner would have a hard time attending even a fraction of available events. And then there are vendors. And gaming rooms. And parties. And every bar and restaurant in the area advertising a DragonCon Special something or other. You get the idea.

One would think that the experience for a first-time visitor would be overwhelming. There is some truth to that, especially when it came to navigation. However, much to my surprise, the excitement and camaraderie of the fans, presenters and Con workers (both employees and volunteers) made for a highly enjoyable event. Considering how intensely I dislike crowds in real life, I can only conclude that indeed there was something special about the place. For all I know, it could be those famous PB&J sandwiches from the Con Suite. Mmmmâ€¦

Anyway, on to the highlightsâ€¦ 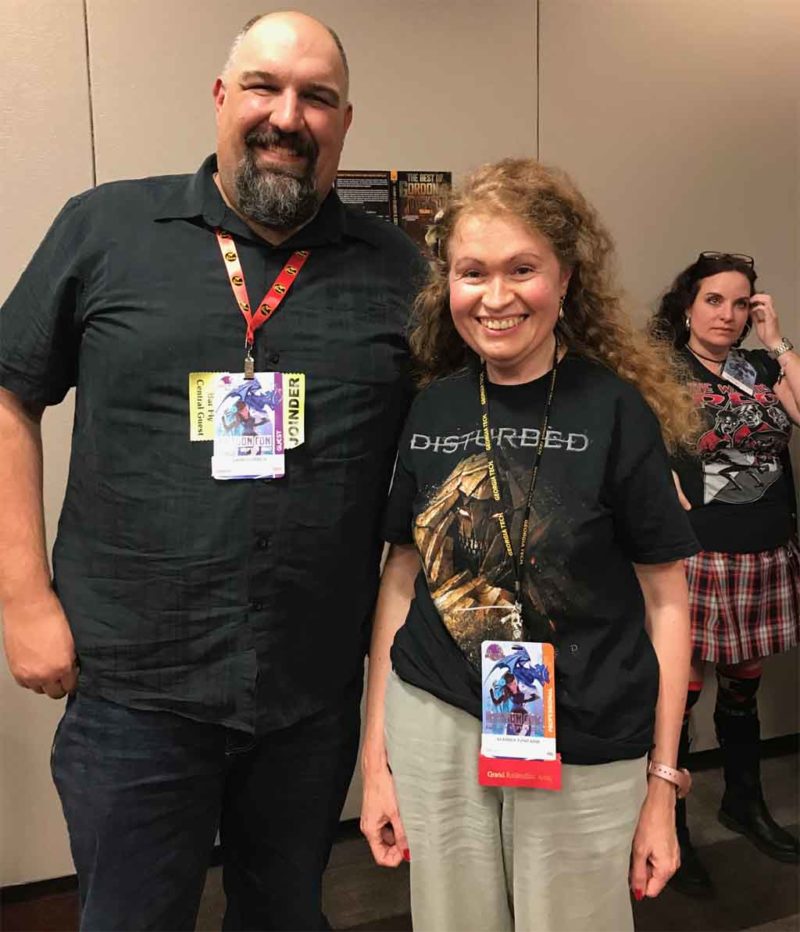 Obviously, with so many ways to experience the Con, no two â€œBest ofâ€¦â€ lists will be alike, and here is mine.

* Running into John Ringo outside one of the hotels and being able to tell him in person of my admiration for The Last Centurion. As it turned out, Bandit Six was based on a real person, which I found incredibly cool once my brain got past the whole â€œOh wow, Iâ€™m standing on the street talking to John Ringoâ€ thing.

* Meeting a member of Guardian Angels while waiting on line to get into the Alton Brown show. Armed militia members get all the publicity nowadays, and they have their place, but Guardian Angels have been quietly helping keep order in cities throughout the US and now expanded into fifteen countries. As it turned out, I did not get into the show, but being in the right place for this particular encounter was worth it.

*Attending the Cruxshadows concert on Sunday Night. Iâ€™d like to say this was on my bucket list, but honestly I always thought it was out of the realm of possibility since the group tours almost exclusively in Europe. They do, however, have a long-standing tradition of performing at DragonCon, and flew in from Germany just for one night to keep their commitment to the fans.

*Listening to Jerry Pournelle reminisce about his career at one of the last panels. Itâ€™s not often when youâ€™re simply overcome by being in the presence of greatness, but it was definitely the case for me. His passing only a few days later is a reminder for all of us in this youth-oriented culture to take time to cherish our elders. Even the longest, most productive and fulfilling life will come to an end, leaving it to the new generations to carry the torch, armed the inspirations and the memories of the past.

And now to answer the question likely of interest to those of us on the loosely defined Right of the political spectrum:

With so many organizations, especially those with a creative focus, falling into the clutches of Social Justice Warriors, is DragonCon still a friendly place for us, and is it likely to remain so in the future?

The answer, in short, is yes, very much so. Not only are they happily extending Guest and Attending Professional invitations to participants of all political persuasions, but the sheer size and dedication of the fandom involved makes full convergence highly unlikely. Having been privileged to participate in two panels that were decidedly left-wing in nature (one on the danger of corporations taking over the world and one on female characters in Apocalyptic stories), I came away with much hope. While my co-panelists were openly left-wing, they were all fans and geeks first, and it made all the difference. To take one example, once we all agreed, whole-heartedly, that there was only ONE Matrix movie, my divergent view on the Trinity Syndrome was met with respect. Iâ€™d even like to thing I might have helped a few of the people in the room gain a different perspective. Either way, the experience was both pleasant and enlightening.

And that was my main lesson from DragonCon. Culture war is real, disagreements are serious, and there is a segment of the population that will not listen to reason and must be defeated. However, aside from entertainment value, DragonCon is worth visiting to get a sense of scale. Those of us who want to have fun and enjoy great entertainment vastly outnumber the fascistic schoolmarms, no matter how vocal or seemingly powerful. We can win this, and have a blast in the process.

People Of Genius Made The West, But Only Hierarchy Protects Them | “Divide And Conquer” Meme — The Notion That Elites Divide Us By Race — Is Marxist Propaganda