Diversity Is A Swindle 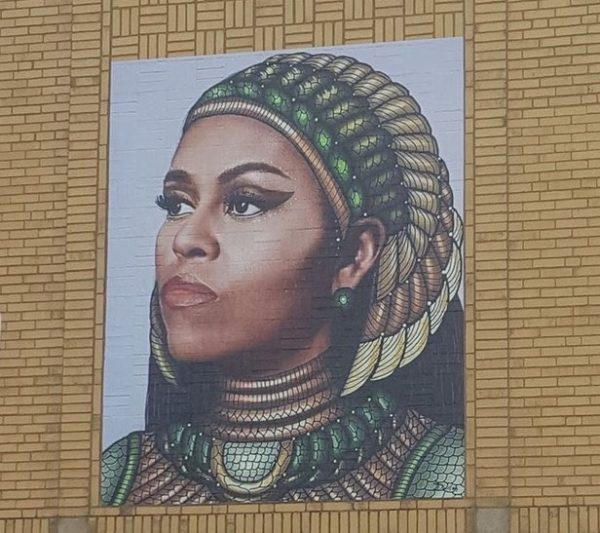 As any confidence man will tell you, a good swindle involves convincing people that their illusions are real. They will meet you halfway, and your suggestion does not quite meet the level of a legal promise, so you can go free, unless the law finds that you made enough of an assurance that your scam was manipulative.

In the case of diversity, the promises were made, albeit by a mixture of media, politicians, academia and mass culture voices. We were told that we could avoid becoming Hitler, that people from different groups would live in peace and harmony, that our culture would be enriched, and that the days of race riots and ethnic violence were behind us.

The reality of the situation could not be much worse.

No matter what we do, we are accused of being Hitler, and the only salvation seems to be in opening our pocketbooks further and ceding more ground to the new dominant group of angry minorities and defensive, resentful Leftists. Diverse communities are less stable and more distrustful. Diverse children have more health problems. Our culture has descended to a lowest common denominator previously unreachable. Race riots, constant crime and ethnic violence, and now exciting terrorist fireworks have become a way of life. In the media and on campuses, white people are viewed as essentially the worst thing ever, while affirmative action attempts to exclude our young men from careers and business ownership.

Everything that was promised was a lie.

And so, a cultural wave has formed in the West, and it wants to get rid of all of the lies that have interrupted what normal and productive people do, which is to have full lives including interacting only with people like them, having a culture and being proud of who they are. Normal people do not need government except to enforce a few laws, build some roads, and defend the nation. Everything else they do for themselves.

Right now, many of these functional people are getting impatient. They elected Trump and voted for Brexit, and want the problem to go away quickly. Unfortunately for them, the many millions of little changes made to our governments during the past seventy years when the voters were apparently asleep are complicating the process. This will take time. But the attitudinal shift is here to stay, and shows signs of intensifying, not flagging as the Leftist media and Establishment hopes.

Diversity was a swindle that delivered the exact opposite of what was promised. It is not just one problem, but all the problems at once. African-American crime and race riots, Hispanic obliteration of any jobs below corporate cube slave, Asians cheating on their income taxes, Muslims taking over old churches and plotting jihad… each of these alone would be acceptable. But all of diversity is causing all of problems all the time. Even worse, it causes more profound problems. America no longer looks or feels like America; the land of the 1980s and 1950s is gone, and people feel like strangers in the towns where their great-great-grandfathers lived. Europe has lost its recognizable culture as well. Since diversity removes social standards held in common, everywhere distrust and atomization are spreading, and people feel alienated, hopeless and existentially miserable.

Then we add up the huge bill, as we look and see that all of our governments are in debt and broke but still trying to add more social welfare programs. We realize diversity has none of the promised positives, many deep negatives, and lots of constant disadvantages that are causing a “death of a thousand cuts” to our daily lives as functional people. We were told we could add new ethnic groups and they would bring cultural enrichment, great restaurants — for some reason, every Leftist mentions this in every discussion about diversity — and new ways of learning and living. None of those have manifested, at least not in good ways. Instead, we are in a constant slow grinding decay as each group pulls our nations in different directions from within, effectively dissolving them.

To the people of the West, the scam has been exposed and we consider it fraudulent. This means that it was based on false or deceptive promises, and as we all know, any contract based on fraud is null and void. The people of the West do not mind calling this in. They are familiar with the law and its principles, and the spirit of the law says that we were lied to and bullied into accepting this fraudulent notion known as diversity, and so we want to tear up the contract.

That means that all of the laws applying to diversity are no longer law, in our view. They were made using fraudulent assertions and so they are null and void. Birthright citizenship? Fraudulent, now defunct. Affirmative action? A fraud through and through, so not enforceable. Immigration laws like Hart-Celler? Based on false pretenses, sold with lies, and therefore invalidated. In our view, all of these laws and the legal status of aliens among us were frauds, and so we consider them dissolved. This means we want these people repatriated and we do not care what rules the Left waves at our faces because we know those laws no longer apply.

The Left are fundamentally bullies. They like to make nonsensical statements, then band together in a group and punish anyone who does not agree. Then they look around and claim that these changes are a done deal, and since anyone who dares speak up will be beaten down, no one speaks up. However, this does not mean we assent, and when given a chance, we will exit the contract because it was based on lies and coercion. In the world of honest dealing in which functional people exist, a fraudulent contract invalidates all legal standing of everything that was based upon it, as well. With our faith in diversity failing and our recognition that it was a lie, we view every rule, law and program based upon diversity to no longer have any legal weight or political value.

Diversity never works. It took a long time for the people of the West to catch on, but now that we have, a cultural wave has seized our societies which recognizes that diversity is over. We see that it was a scam, and we have abandoned any faith in that fraud, and now want to remove the damage it has caused and go back to the last point where things worked, which was pre-diversity. We are over it. We know that we were deceived, and we are emboldened to call the deception the fraud that it was, and in our new knowledge, we want the mess cleaned up by tomorrow.

As Europe Struggles Under Diversity, Japan Thrives Through Homogeneity | Only One Political System Will Support Western Restoration