Diversity Is A Pressure Cooker 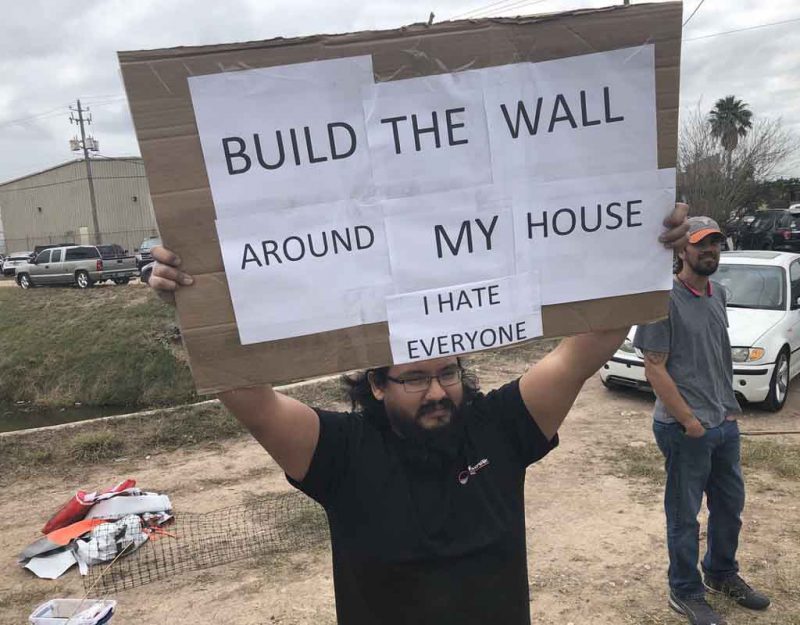 Barely twenty-four years after the World Bank initiated efforts towards diversity as a management policy to improve “creativity” in organizations, a Pressure Cooker Culture emerged (in Netflix). The question is, how did we get here in a single generation?

Detail excerpts from the World Bank document are as follows:

In my work at the World Bank, I have come across others like myself, who have been brought into organizations to advise on changing the staff gender profile—particularly in management and decision-making—and the organizational culture.

Purpose: to serve as (1) a network/forum for exchanging information and experiences on issues related to organizational gender diversity; (2) a think tank for developing strategies and practices for changing gender balance, work environment and organizational culture in a time of rapid workplace change; (3) an advisory group to international policy-makers and managers; (4) an advocate to raise awareness of the benefits of gender diversity, especially at management and decision-making levels.

The objective of the above 1995 activities was “building the business case for diversity”.

Diversity basically also means “inclusivity” where not only genders but also ethnic groups will be made equal. In their desire to reduce poverty, bureaucrats decided that ethnic inequality was a hurdle and “including” it as part of diversity would help. But people first had to be convinced that typical African Conflict would not be a problem.

Africa’s civil wars are not due to its ethnic and religious diversity. Using recently developed models of the overall prevalence of civil wars in 161 countries between 1960-1999, the authors draw lessons with special reference to Africa, showing that the relatively higher prevalence of war in Africa is not due to the ethno-linguistic fragmentation of its countries, but rather to high levels of poverty, failed political institutions, and economic dependence on natural resources.

According to history (since 1995) it appears this assessment is faulty since the diversity King of Africa (South Africa) dropped substantially in its Global Competitiveness Index while internal conflict (violent crime) increased. 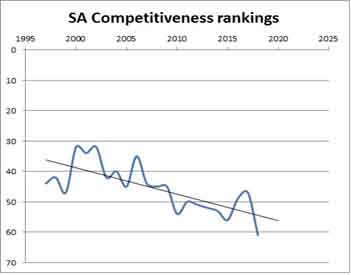 As for the crime effect, further document searches in South Africa revealed (however), that crime in black ethnic groups are not poverty-driven, but more personal, thereby prohibiting the freedom to pursue education, jobs, and associated resources. It can be logically deduced that because of its personal effect, crime actually induces poverty.

Crime affects access to education when schools are closed as a result of violence and gang related activity, or if pupils and teachers fear attending due to the threat of victimisation. Sexual harassment and violence result in young women not proceeding in their education as far as they might otherwise.

After assault, the most commonly reported crime by the ‘very poor’ was child abuse and rape. None of the respondents in the remaining income categories listed this crime. Thus, while the wealthy are victims of property crime, poor people – stereotypically Africans and women in the South African context -are at risk from personal crime. Africans are 20 times more at risk from a homicide death than whites (Marks and Anderson, 1990). Further in 1995, 95% of reported rapes were of African women.

Now that we know the World Bank was wrong about diversity, we still sit with the pressure cooker effect of that judgement. However, since it started with the mere word diversity in its organizational sense, it is troubling to know that it was taken from the idea that plants and animals are “diverse” while countries like the US and Australia prohibits foreign visitors from bringing in “food” or “plant” materials. The idea is to protect diversity, not pressurize it.

But since the World Bank was looking for new “ideas” to “improve” life for poor people, they thought that by using the creative aspects of divergence, they should be able to “generate” such ideas and of course by being “open minded,” it was possible to combine the gender inequality with ethnic inequality since affirmative action was already in play. Then they celebrated the vibrancy of new ideas and voila, you had a business case for diversity!

The next mistake they made was not to converge those same idea patterns. This point to Social Justice at work. It therefore becomes relatively easy to see that Netflix must be a liberal social justice type organization. From the Netflix article as follows:

The philosophy of “radical transparency” bleeds through the Netflix organization. The level of openness it promotes takes on many forms. “Sunshining,” for example, is a Netflix term used to describe a company practice that encourages employees to air a mistake they might have made to colleagues in the name of transparency.

To accommodate all genders and all ethnicities at work, Netflix implemented Radical Transparency (only with respect to colleagues though). This places a lot of pressure on employees having to decide what to be open about. For example, shall we be open about hair style, or lipstick, or attire, or snacks? In a liberal environment anything can offend literally everybody.

Adding to that train of thought the idea that remuneration is “open” and one adds to the defensive behaviors where everybody with a sour face will start to say: “No, nothing is wrong,” while their technical contribution to the company is most probably viewed as “superior” to a higher paid colleague. Because after all, if they complain about salary while pointing fingers, they will be fired.

Once defensive behaviors are exacerbated by accumulative (and diverging) unexpressed grievances, pressure will gradually build up in the cooker, which is precisely what the “open” morality attempted to prevent in the first place.  They never converged these ideas and therefore will not be able to protect their own diversity, meaning cultural pressure will simply increase over time until its energy is depleted.

South Africa also tried the Open Morality policy by addressing the minority’s “fears” but eventually it became a suppressed grievance low-energy anarchy called a Dark Organization. It appears that Netflix will become one too, thanks to the World Bank killing that butterfly a mere generation ago.