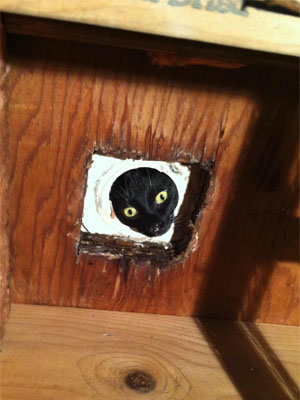 P1: X is identified as a problem that concerns a large group of people.
P2: A world without X would be a much better world.
P3: All previous solutions proposed to solve X have failed.

Conclusion: Some one person or group is causing X to continue for their own benefit.

David Icke proposed a theory that an alien life form called Reptoids are in charge of all the worlds governments and banking institutions. Reptoids choose presidents, start wars, and cause natural disastersâ€”all of which are bad things, on the whole. According to this theory, these aliens have a stake in all of these wars and presidents, so they make sure that nothing gets in their way or alters the predetermined course of action.

As in every argument, within this one there are hidden premises (called enthymemes). If we can discover what these are, we can see first hand the faulty reasoning that leads to all conspiracy theoriesâ€”not just this especially crazy one. The most important enthymeme in this case is that all of our previous attempts have been good and noble, and ultimately would have succeeded, if it weren’t for those meddling kids! Er, Reptoids.

But this is a pretty rash assumption, is it not? Why should we actually believe that we can solve all of life’s problems or that people have solved life’s problems, only to be foiled by an invisible despot like the Reptoids or the Illuminati or the all powerful Jew? Well for starters, we believe these things because ever since the enlightenment philosophers and scientists have been telling us that as history moves forward it progresses.

Things get better, and life gets better. To paraphrase Kant, a people become enlightened when they stop being lazy and start thinking for themselves. This, my friends, is the culprit behind conspiracy theories. â€œSurely, the fact that I work a dead-end job can’t be my fault. It must be [insert group here].â€ A more honest appraisal would claim that life is always fairly tough, and that you will have to work hard just to get by.

Of course, not all democrats think this way. The ancient Greeks toyed with democracy, and they were old fashioned pessimists. (Who but a pessimist could formulate the Wisdom of Silenus: â€œThe best thing in life is to never have been born; the second best is to die as young as possible.â€) Really, it is only liberal democrats that think this way. When a collective group of people starts to honestly believe in progress, they become arrogant and complacent. They no longer hope that the future will bring good tidings, they actively expect it.

Ultimately, the democrat is addicted to the belief in his own power, yet not in a way that promotes action or striving. He fails to conceive that the forces of nature and providence are stronger than him, and that in the end, it is completely natural that he is not in charge of a lot of other people. What the democratic mind is absolutely prohibited from is moderation when it comes to self-worth.

The democratic mentality, unless tempered with a strong cultural framework or education, will almost always lead to arrogance, hubris, and a victim’s mentality. When these three traits combine into a single human, we find the prototypical liberal, who is unhappy with life and the lives of others, but continuously demands more and more from life in an attempt to redeem it.

This is not to say that there aren’t cases in which people are actively being suppressed by malevolent forces, like in North Korea. The problem is when people take this explanatory model and try to explain all sorts of things with it. â€œI’m in debt; the Jews did it.â€ â€œI can’t get elected to a local office; the Masons are plotting against me.â€ The weather has been bad this year; The government must be using chem trails.â€ Sometimes, things are just bad, and sometimes people just fail. It happens, and in 85% of the cases it is not the fault of someone else.