Did Christianity Destroy The West? 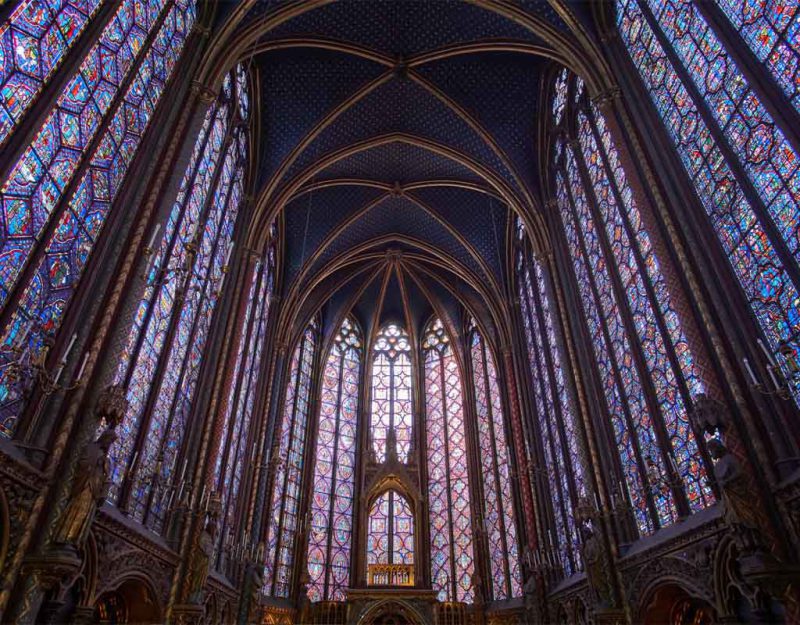 Fred Nietzsche famously said that Christianity reversed our values in the West, converting us from a warrior society to one which valued fatalistic martyrdom.

Now additional research attacks Christianity from another angle, asserting that Christianity interrupted kin relationships in the West and, in doing so, made people more open to outsiders in proportion to the duration of the influence of the church:

First, anthropological evidence suggests that diverse kin-based institutions — our species’s most fundamental institutions — have been the primary structure for organizing social life in most societies around the world and back into history. With the origins of agriculture, cultural evolution increasingly favored intensive kinship norms related to cousin marriage, clans, and co-residence that fostered social tightness, interdependence, and in-group cooperation.

Second, psychological research reveals that people’s motivations, emotions, and perceptions are shaped by the social norms they encounter while growing up. Within intensive kin-based institutions, people’s psychological processes adapt to the collectivistic demands of their dense social networks. Intensive kinship norms reward greater conformity, obedience, and in-group loyalty while discouraging individualism, independence, and impersonal motivations for fairness and cooperation.

Third, historical research suggests that the Western Church systematically undermined Europe’s intensive kin-based institutions during the Middle Ages (for example, by banning cousin marriage). The Church’s family policies meant that by 1500 CE, and likely centuries earlier in some regions, Europe lacked strong kin-based institutions and was instead dominated by relatively independent and isolated nuclear or stem families.

The extended kin relationships, including marriages of several times removed cousins, ensured that just about everybody was related to a whole lot of other people, and these groups worked like small nations within a nation, taking care of each other.

That kept organizations integral to the organic, instead of externalized into a bureaucracy, as happens when a centralized power source takes over. Civilization itself becomes a centralized power and a proxy for adaptation to reality, but it gets worse once there are appointed “experts” and leaders outside of the military leadership structure of the kings.

In my analysis, the problem here was twofold.

First, it was what not Christianity itself, but the division introduced by Christianity, that caused problems. When everyone follows the same faith and there are no doctrinal squabbles, unity is preserved.

Even more, paganism was rather sensibly unwritten and interpreted by the spiritual leaders (Druids or analogues thereof) themselves, so it could not become an object of power struggle, where a symbolic interpretation could control many people across the country.

Second, Christianity represented part of modernization. A society growing beyond its sensible bounds — places where it has enough natural genius leaders to manage — starts to rely on bureaucratic systems in order to keep order and control.

These in turn cause the methods of control to take over the goal and purpose of that religion, since its utility is in preserving order. At some point, the religion becomes more concerned with asserting itself than maintaining a spiritual state to its people.

In this way, the religion gets taken over by the Crowd, no matter what it is. The strength of Christianity was that it compiled religious and philosophical knowledge into a single book; its weakness was that then that book could be re-interpreted and used as centralized, bureaucratic power.

With those in mind, we can turn to the concerns of Fred Nietzsche and the above-quoted research.

In my analysis, Jesus was misread as a bringer of peace, when in fact he was something closer to a hybrid between Socrates and Buddhism, the two competing thought-leaders of his time. He made the point that people need to have an inner drive toward goodness through stillness of the spirit and transcendental experience, and that this was more important than the maze of rules created by rabbinical Judaism.

People saw this and took the path of least resistance, which was to claim that they were working on their souls and to promptly ignore the outside world. The false notion of dualism was constructed from a misreading of Plato to support this; divine world = good, material world = bad.

Hysterically, this same misreading persists today in a misreading of paganism:

St. Augustine understood paganism for what it was, namely human pride divinizing the self.

Paganism suggested, as most monist faiths do, that the divine and the material were connected. It in fact included relentless warnings against self-worship, whether in the crusade against hubris of The Odyssey or Odin’s self-sacrifice to gain wisdom.

In fact, paganism warned us against the type of armchair activity and navel-gazing into which many Christians fell by pointing out that the material and the divine fed back into each other, creating a space of meaning as ideas were tested in reality and fleshed out.

To the pagans, the heavens and Earth were connected, and some traveled between them. What happened on Earth interested the gods, who were as impetuous and violent as the weather, but also possessed of very natural instincts like caring and honoring the brave.

What we see from all of the above appears to be more a widespread change to society in which Christianity was caught up, rather than a defect of Christianity per se. Modernism means use of symbols to rule from centralized, external bureaucracies, and this infested society before Christianity arrived.

If we criticize Christianity — essentially a re-writing of the story of Socrates with middle eastern history grafted in — it should be on one basis alone: despite being mostly based on our history, it is still foreign.

To that charge, no defense can be mustered. As a Perennialist, I tend to view all religions as vocabularies describing the same essential truths. In this way, the holy books can stack together on the shelf and be taken together as a source of wisdom.

However, this research does raise the question of whether we should resurrect kinship relations and the massively extended family.