Did Anti-Drug Propaganda Set The Stage For Political Correctness? 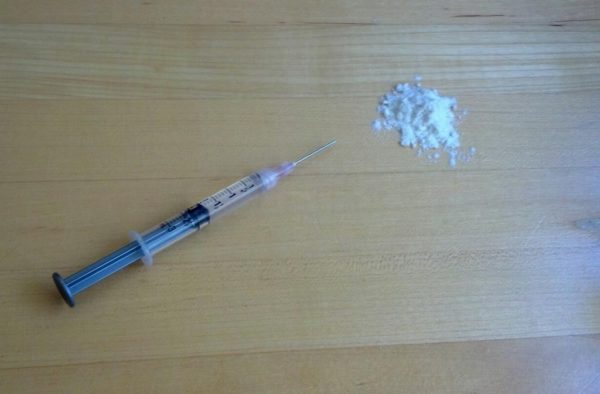 In the 1980s, the Reagan administration began a huge push against drug use in general. Consumers were saturated in propaganda: cartoons had characters speaking against drugs, movies had warnings, magazines had full-page ads, and newspapers carried a constant stream of articles against drug use.

It turns out that this propaganda was successful, and may have paved the way for other “social engineering” projects by government:

Even so, Combi’s interviews give some pointers as to why drink and drugs are increasingly being rejected. Two decades of hardcore anti-drugs, anti-smoking and anti-alcohol education has done its job, she says. “The biggest influence on kids are other kids,” she says. “It’s not uncool to say, ‘I don’t take drugs or drink.’ It’s perfectly acceptable now.”

She noticed a contrast to her own school days in the 1990s. “If you were a 15-year-old lad in the 90s, you worshipped Liam Gallagher. Now, you worship Ed Sheeran. I remember the big coke thing with Britpop when I was at school, and I don’t think there’s that Loaded-style glamour attached to drugs any more.”

In Combi’s book, many of the references to drugs are not about the kids’ own drug taking, but the often problematic drinking and drug use of their parents. It’s acted as a warning to the younger generation: many have been scared off by the role models in their own homes.

Even more, contrast it to the 1970s: drugs were simply not mentioned. In the 1980s, drug propaganda came into being, but by the 2000s it had been adopted by every Western government as a cornerstone of its social policy.

Anti-racism (pro-diversity) propaganda began in the same way. We have examples from the 1940s of American government and industry preaching racial equality. But during the 1980s, it reached a fever pitch: every movie president was black, there was constant verbiage affirming equality, and affirmative action was championed at every level.

Now, we have had thirty years of affirmative action and so the people passing on the propaganda are second-generation beneficiaries of it. It is not surprising that as a result, it has pervaded every level of our existence, and become not one program of many but the cornerstone of all problems. Like anti-drug propaganda before it, it has become a religion.

The anti-drug propaganda succeeded because it showed up in multiple places simultaneously. The average kid saw it on TV, heard it at school, saw it in an after-school movie, read it in the newspaper and found it in his textbooks, which had hilarious little boxes in the middle of lessons exhorting us not to do drugs.

Following that model, the diversity propaganda has taken over every part of life. It is in just about every video, audio and written work one can imagine; it is used to choose our leaders; it becomes the de facto topic of our literature; it is a facet of every government pamphlet.

Just like anti-drug education, however, it spread most through peer pressure. For thirty years, it has been unacceptable to voice any opinion other than pro-diversity on this topic in a social setting. As a result, all the gutschaf voters are conditioned to look for it, applaud it, promote it and feel awkward if it is gone.

At the house here, we were recently watching Bordertown, a Finnish police drama. It was only after the third episode that someone turned to me and said, “You know what we are not seeing? The diversity propaganda.” Unlike every UK or US show which pathologically must include non-whites and make them central to the plot, this show features mostly ethnic Finns.

Its diversity consists of a few Russians, some ludicrous ass-kicking feminists, and occasional homosexuals. And no one misses the diversity because it simply does not concern us. We like seeing people like us, struggling through questions like the ones we face, and affirming our values. Other groups simply have no relevance to us.

Outside of the guilt created by democracy, and the need to expand egalitarianism worldwide as it inevitably attempts to do after succeeding at making social classes “equal” by penalizing the higher and rewarding the lower, normal people have no use for diversity, much as they really do not care about the poor except to virtue signal. They have their lives. These are geared toward a certain type of success, and that which cannot aid in that goal or sabotages it is entirely irrelevant.

And yet the diversity crusade, like the anti-drug crusade, marches on because it is a negative value. To deny anti-drug agendas is to (seemingly) affirm that drugs are good; there is no middle place for people who want to check the “Not Relevant” box. To deny diversity is to become Hitler in the eyes of the herd, eliminating the middle range for people who find the policy dubious for other reasons.

Government learned an important lesson with anti-drug propaganda. If voters fear drugs, they will always back down when something that government wants gone is associated with drugs. The same was done with political correctness, playing on sheep herd fears of race riots to smash down any viewpoint that was not explicitly and fawningly pro-diversity.