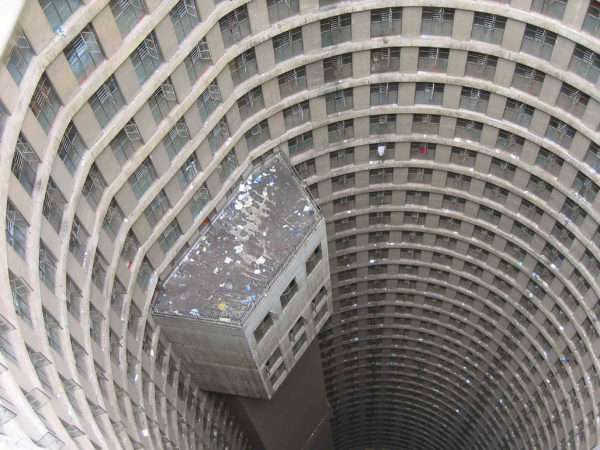 Goony neurotics are again forming in swarms to attack the symbolic enemy, thus hoping to clarify their own thinking despite having no idea of what positive goals they actually desire. This time, they are attacking LD50 gallery by arguing for censorship and violence as have been Leftist habits since the French and Russian Revolutions:

This week a tremor of disgust passed through a large community of London artists who realised that they have shown at, collaborated with or visited a Dalston project space, LD50, that was at the same time, and within a single framework, programming a series of â€˜artisticâ€™ talks on ethnic nationalism and race biology. The artists concerned had been unwittingly conscripted into the rebranding operation of a fascist ideology whose â€˜evolutionâ€™ in relation to Nazi race theory bears roughly the same fucking relationship to the evolution of a bad odour from the general vicinity of Winston Churchill. Whether it would be more correct to say that fascism had grown up within this art scene, or that the art had merely been reduced to a decorative detail in the larger fresco of fascist â€˜normalisationâ€™, has nothing to do with our immediate practical situation and is in the last instance besides the point. The point now is, How do we stop this from ever happening again? Or in slightly more words it is: once we have made practically certain that the LD50 gallery is closed permanently and that the people who live in its vicinity know exactly what it was doing â€“ once this has been achieved, how do we reconceive our own art to ensure that it never again serves as a conveniently indeterminate incubator for those who would gladly destroy us, our friends and neighbours and comrades, along with any latent possibility of a genuinely open and revolutionary culture or emancipated society?

Leftists have been attacking LD50 gallery and attempting to force it to shut down for the crime of exploring Neoreaction and Alt Right thought through modern-art style exhibits and art pieces.

In the above article, Leftists call for forcing everyone to obey the same standard of thought — Leftist — and to that end, eliminating dissidents or merely non-conformists like the LD50 Gallery. Today they come for the dissidents, but tomorrow, they will come for you for the crime of displaying insufficient enthusiasm for the New People’s Republic. Fear them, and support LD50 in bucking this trend.

Outliers (#45) | Black Nationalism As Independence From All Other Ethnic Groups