Deprived Of Your Tribe 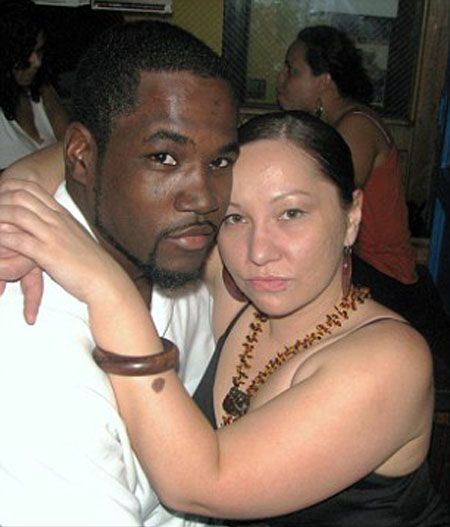 In the modern time, where every consideration is based in the individual, people have trouble conceptualizing things of importance that are larger than the individual, despite such things being the one and only path toward significance, meaning and pleasure in life itself.

One of these things — we might call them “transcendentals,” or qualitative and not quantitative measurements of reality — is identity, or the knowledge of having a group, gang, cult, troupe, army, family or tribe to which one belongs. Identity is important; it conveys the notion of having a purpose and a direction, which are the rarest things among all humans.

And yet, people are deprived of their tribes by the false tribalism of ideology:

Iâ€™m a feminist, so shouldnâ€™t the men I date and sleep with be feminists too?

…But men looking for feminist-sanctioned romance tend to fall in to one of two categories: those who use our attraction as a sign of approval and seek out trophy feminists to clear their conscience of any inherent patriarchal wrong-doing, and outright predators who employ a bare-bones knowledge of feminist discourse to target any young woman whose politics so much as graze the notion of sex-positivity.

Ideology replaces organic membership with a type of vote: you affirm the dogma, and then are accepted. Since the dogma consists of symbols without any feedback loop to check whether or not you understand them and to what degree, it becomes a comedy of swearing allegiance to the unknown and then manipulating the authority conferred for personal gain.

The dogma then becomes a means of manipulation. It is trivial to claim allegiance to the dogma, and then to use that membership in a group for personal gain. For this reason, the men drawn to feminism are those most likely to be rapists; the people drawn toward altruism are those most likely to steal from the rest. They are given a cover story by the symbol of goodness, which is license to steal.

In turn, this destroys the identity of groups. With equality, whatever makes a group unique is erased in service to the idea of making everyone equal. For example, look at the erasure of gay culture by equality:

In our lifetime, the gay community has made more progress on legal and social acceptance than any other demographic group in history. As recently as my own adolescence, gay marriage was a distant aspiration, something newspapers still put in scare quotes. Now, itâ€™s been enshrined in law by the Supreme Court. Public support for gay marriage has climbed from 27 percent in 1996 to 61 percent in 2016. In pop culture, weâ€™ve gone from â€œCruisingâ€ to â€œQueer Eyeâ€ to â€œMoonlight.â€ Gay characters these days are so commonplace theyâ€™re even allowed to have flaws.

Still, even as we celebrate the scale and speed of this change, the rates of depression, loneliness and substance abuse in the gay community remain stuck in the same place theyâ€™ve been for decades. Gay people are now, depending on the study, between 2 and 10 times more likely than straight people to take their own lives. Weâ€™re twice as likely to have a major depressive episode. And just like the last epidemic we lived through, the trauma appears to be concentrated among men. In a survey of gay men who recently arrived in New York City, three-quarters suffered from anxiety or depression, abused drugs or alcohol or were having risky sexâ€”or some combination of the three. Despite all the talk of our â€œchosen families,â€ gay men have fewer close friends than straight people or gay women. In a survey of care-providers at HIV clinics, one respondent told researchers: â€œItâ€™s not a question of them not knowing how to save their lives. Itâ€™s a question of them knowing if their lives are worth saving.â€

The brutal thing is: a tribe cannot be defined by opposition to others, only by what it hopes to achieve. Minority cultures are dependent on the majority culture, causing resentment and from that, resistance. Within that comes the seeds of their own doom: when given the autonomy they crave, their unifying mission is erased, and the culture disappears.

Dogma and anti-culture pervade the tribal landscape of the balkanized West. At some point, the easy gambit of opposing the majority becomes obsolete, and people must assert what they stand for, instead of what they stand against. The tragedy is at this point, few know what that is, and so their tribes will be assimilated into the democracy and shopping malls anti-culture of the herd.