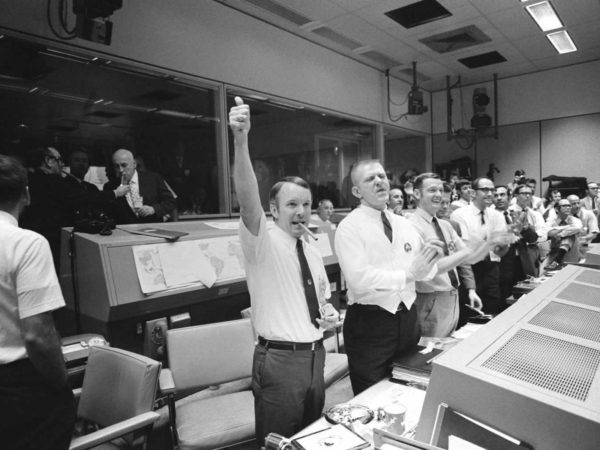 Before the inevitable backtracking, Steve King made a provocative statement:

We can’t restore our civilization with somebody else’s babies.

Almost everyone focused on the obvious bait, the pro-nationalist idea of not using “somebody else’s babies,” which leads us to realize that a civilization is comprised of an ethnic group and without that, its culture and values fade away. This offends the Left, which rejects any unit higher than the individual, and so provoked a storm.

However, King should be understood as more crafty than that. He used the controversy — following the lead of Donald Trump — to introduce the more important part of the statement as non-controversial. That segment is:

We [must] restore our civilization

By implying the necessity of restoration, King pointed out the obvious: the West has died, and now the remnant of sane people of Western European descent are focused on rebuilding. We are not, like mainstream conservatives, attempting to “conserve” a golden age within modernity; we realize that modernity was the death of what our ancestors build, and we now must rebuild entirely.

King doubled down on this later:

The above is a roadmap. First, we recognize the need to rebuild our civilization; next, we see that this happens through a specific genetic profile inherent to Western European people; finally, this is the only way to strengthen our culture and values (“way of life”). Our nation it is people, he tells us, but more importantly, our nation has failed and must be reborn.

This rebirth comes through people. These people have a tripartite of traits: Western European genetics, Western European culture, and Western European values. The sleepwalking Left missed the importance of this statement, which was hidden behind a statement that, while controversial to Leftist whites, has been accepted by others in the days since the death of diversity as a viable concept.

Western Civilization has fallen. It can be reborn through this tripartite, but it will require us to get away from both Leftist whites and Other tribes. King used the Trump method to signal this to his audience, and people support it because they are slowly realizing how corrupted, ruined and degraded the former West has become, necessitating its abandonment and re-creation.

In times of a dying civilization, all that is good is bad. Any steps we take to strengthen our nations, communities or institutions simply empower the parasites around us and prolong the mundane death scene of the West. In bad times, good people become destroyers, crushing the old institutions because they are now weapons of the enemy (“socialized entropy,” we might call it).

Part of this includes destroying the governments and quasi-cultures that rule over us. We want these entities to die because any positive changes we make will be co-opted by these forces and used for evil purposes. Think of the West as a house infested by termites: we must burn it to the ground, kill the bugs and then build an entirely new civilization free of parasites.

Bill Nye, The Climate Scientology Guy | Deprived Of Your Tribe