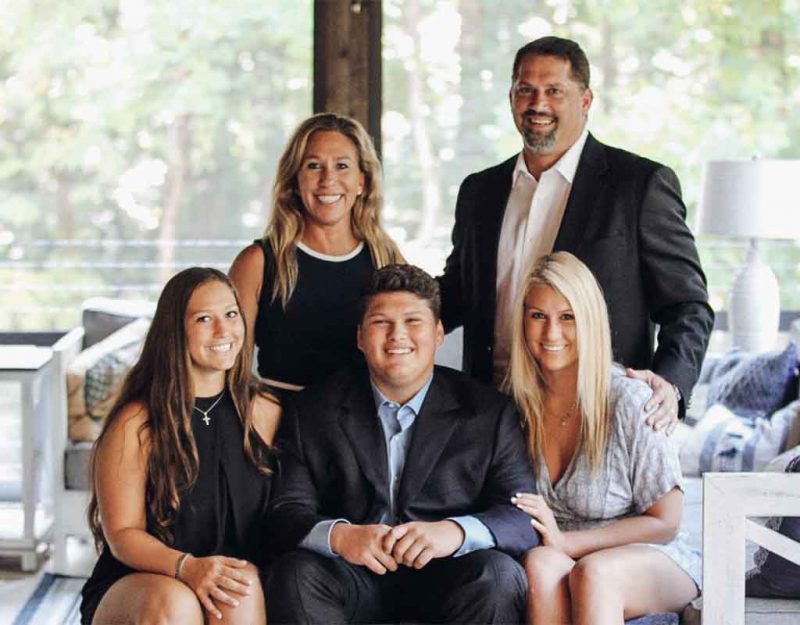 They are out there. They believe the craziest things. They believe in The Plan. One of them made it into the inside. Marjorie Taylor Greene has been elected to Congress. Cry the beloved country!

Now she may claim that she isn’t from another planet, but here are the crazy, crazy, things that that woman actually believes. She thinks that we need to defund all the police departments. She thinks Capitol Hill needs to be militarily occupied by ARNG troops from 23 different states or else we could lose the lives of brilliant and valuable people like Charles Schumer and Mitch McConnell. The nation would lose so much waste, fraud, and ab…, oh wait. We’d lose so much statesmanship and good judgement.

She also believes that oil and gas pipelines are horrible things. Never you mind that Oil, Heating Oil, Unleaded Gas, and every other source of energy is getting bid through the stratosphere in the commodities market. She also demanded that The USSA immediately rejoin The Paris Accord and further exacerbate the obvious price squeeze bidding up the price of the electricity that almost all people in our nation currently use to heat and cool their homes and apartments.

And one day after Bad Orange Man was out of office, there was Marjorie Taylor Greene was cheering like a drunk British Football Hooligan when a column of US Soldiers drove right up the road into Syria. She clearly and obviously feels we aren’t up to our buttholes in pointless and degenerative conflicts that kill our military members while doing absolutely nothing to enhance the likelihood of the world being a happier or more peaceful human domain. Oh well. We’ve always been at war with Eurasia. And this time, bygummit, we’re going to fix those bastiches well!

Fortunately, there are still people with principle to take a stand against all of these awful things. Senator Mitch McConnell wiped the Peruvian Macho Powder off of his upper lip and issued the following condemnation of the bat-shite kwazy.

“Somebody who’s suggested that perhaps no airplane hit the Pentagon on 9/11, that horrifying school shootings were pre-staged, and that the Clintons crashed JFK Jr.’s airplane is not living in reality,” McConnell said in a statement first shared with The Hill. “This has nothing to do with the challenges facing American families or the robust debates on substance that can strengthen our party.”

And Nose Candy Santa Claus wasn’t the only rock of civic principle standing up against the Marjorie Taylor Greene kwazy tide.

If McCarthy punts the issue to Democrats, it could force vulnerable House Republicans in swing districts to take a difficult vote. “Of course she should be removed. While we can’t prevent her from calling herself a Republican, we can take a stand, and need to,” moderate GOP Rep. Adam Kinzinger (Ill.) told The Hill on Monday evening. But others fear removing her will further divide the conference, which is already embroiled in a civil war on where to turn next in a post-Trump era.

Now of course, Marjorie Taylor Greene stands for none of the thoroughgoing malignant policies I’ve described above. She, perhaps alone, is opposing just about every one of these things. The “Opposition Party” figures such as Nose Candy Santa Claus and “Representative” Adam Kinzinger are doing absolutely nothing about the fact that this entire country is being turned into a banana republic that shorts United Fruit via its hedge fund trades.

Kinzinger needs to stop whining about some of the people who still call themselves Republicans. He might want to consider himself lucky that anyone still does. He needs to ponder what will happen to himself and all of the people who desperately need the entire Leftist agenda laid to nines when absolutely nobody with an expectation of being represented will call themselves a Republican.

To get an idea of how little Conservative Inc. ever learns and therefore can’t forget, we hear the following from an anonymous GOPer about Marjorie Taylor Greene.

“To quote Dean Wormer, we may have to put her on Double Secret Probation. … She’s been a member for 30 days. It’s still a little early, and I don’t blame Kevin for not clamping down on somebody at this point. I don’t think you need to strip someone of their committees this early,” the lawmaker added.

When you are quoting Dean Wormer as a possible role model, you are a pathetic, gravelling tool of the Managerial State. This embarrassment member of a so-called opposition party is exactly the sort of stuffed shirt who supported Kerensky before the massacre of The Romanovs at The Winter Palace. Once those pesky Romanovs were safely out of the way, the followers of Kerensky were then asked a very unpleasant question. “Who selected you?”

This wasn’t intended as a subtle interrogatory. It generally preceded a rather unpleasant evening. The Kevin Williamson Set is about to learn who can really pop open a whoop-ass can full of kwazy. For now, Marjorie Taylor Greene Is SAAAAATAN!!! She will stay Satan until she’s been used up. Are either Adam Kinzinger or Mitch “Cowboy Blow” McConnell even bright enough to realize they are currently standing on the on-deck circle? If not, they won’t see it coming when they get it next.

So Who Was Responsible for the Capitol Siege? | Watching Public Education Collapse During COVID-19