So Who Was Responsible for the Capitol Siege? 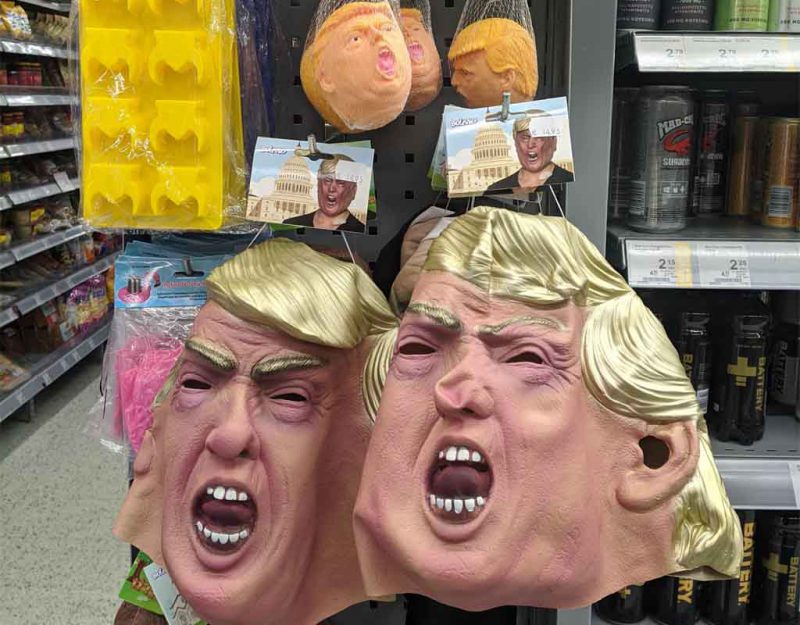 Authoritarianism comes in several forms, all of which are methods of the final stage of total control, which means that eventually all of them will be incorporated. One such method is information control.

Controlling a narrative allows those in authority to induce most people to make a conclusion and, as is the human norm, to never budge from it. We can see a great example here with the sleight-of-hand over the Capitol riot:

Former President Donald Trump’s campaign paid more than $2.7 million to individuals and firms that organized the Jan. 6 rally that led to violent rioters storming the U.S. Capitol, according to the Center for Responsive Politics.

He paid them to riot? Read on:

Eight paid Trump campaign officials were named on the permit issued on by the National Park Service for the rally, including Maggie Mulvaney, the niece of Mick Mulvaney, Trump’s former chief of staff who resigned his position as special envoy to Northern Ireland after the riots. Maggie Mulvaney was paid $138,000 by the campaign through Nov. 23.

After the rally, in which the president encouraged them to march on the Capitol, Trump supporters stormed the building, disrupting the count of Electoral College votes in an event that ultimately killed five people.

OK, so we are no longer talking about the Capitol event, but the large rally before it at which no violence or vandalism occurred. So what’s the headline?

Most will remember this as “Trump paid organizers of riot.” This confuses two events, the second of which was planned separately from the first:

Evidence uncovered so far, including weapons and tactics seen on surveillance video, suggests a level of planning that has led investigators to believe the attack on the US Capitol was not just a protest that spiraled out of control, a federal law enforcement official says.

Looking further, we see that members of these groups may have infiltrated the Trump rally, but there were there for another purpose, and left early to join the Capitol riot before Trump was even finished speaking.

In other words, the Capitol riot was planned independently from what Trump was doing:

U.S. authorities charged an apparent leader of the Oath Keepers extremist group, Thomas Edward Caldwell, 66, of Berryville, Va., in the attack, alleging that the Navy veteran helped organize a ring of dozens who coordinated their movements as they “stormed the castle” to disrupt the confirmation of President-elect Joe Biden’s electoral college victory.

FBI charging papers against Caldwell, Watkins and a third person, former U.S. Marine Donovan Crowl, 50, allege that Caldwell and others coordinated in advance to disrupt Congress, scouted for lodging and recruited Oath Keepers members from North Carolina and like-minded groups from the Shenandoah Valley. The group claims thousands of members who assert the right to defy government orders they deem improper. The plotters both anticipated violence and continued to act in concert after the break-in, investigators alleged in court documents. FBI papers also say that Caldwell suggested a similar event at the local level after the attack, saying in a message: “Lets storm the capitol in Ohio. Tell me when!”

In other words, this had nothing to do with Trump, but the media pursues him for it anyway, mainly to keep up narrative control. They need to allege that Trump is a bad terrorist so that they can distance themselves from the election information that he has captured.

According to Steve Bannon, Trump wants this narrative so that he can present the evidence at the second impeachment trial:

Remember for all its ‘baseless’, ‘unfounded’ nature over 80% of Republicans that have reviewed the material concluded the rot was stolen and Biden is illegitimate. Think what percentage of the American people will be stunned to hear what the Tech Oligarchs and Media Masters deemed was too explosive for their eyes and ears.

This explains his delay in doing what we are all hoping for, which is a Myanmar-style coup to remove the Deep State from office and convict those reponsible for stealing an election and refusing to hear court cases about it.

I have always felt that his strategy will have three layers: (1) an attack on local procedural failings, (2) a Bush v. Gore court case, and (3) a racketeering investigation into the organized political machine behind this election theft and its connection to foreign powers and three-letter US agencies.

He has a significant pile of evidence for the election theft:

On top of that, he has declassified information about Obama spying on the Trump campaign, the fact that those pursuing his first impeachment knew that the Russia dossier was a conspiracy theory hoax, and the FBI refusal to investigate a number of issues, including Hunter Biden’s laptop of doom and the Russia allegiations, including assertion of election interference.

Nothing about Leftist behavior during the four years of the first Trump term has been anything but dishonest; consistently, they have relied on the “democracy” of riling up a crowd to pursue false stories in order to throw Trump out of power.

At this point, they have bullied all of government into refusing to accept what is obviously in front of them. Legitimate elections do not feature 3:00 AM turnarounds, nor do they involve authorities who refuse to investigate irregularities.

My guess is that this drama will have to play out before action can be taken. When all of government is arrayed against you, very little can be done, except to subvert the system and take it down all at once.