Democracy Sleepwalks Its Way To An Infrastructure Crisis 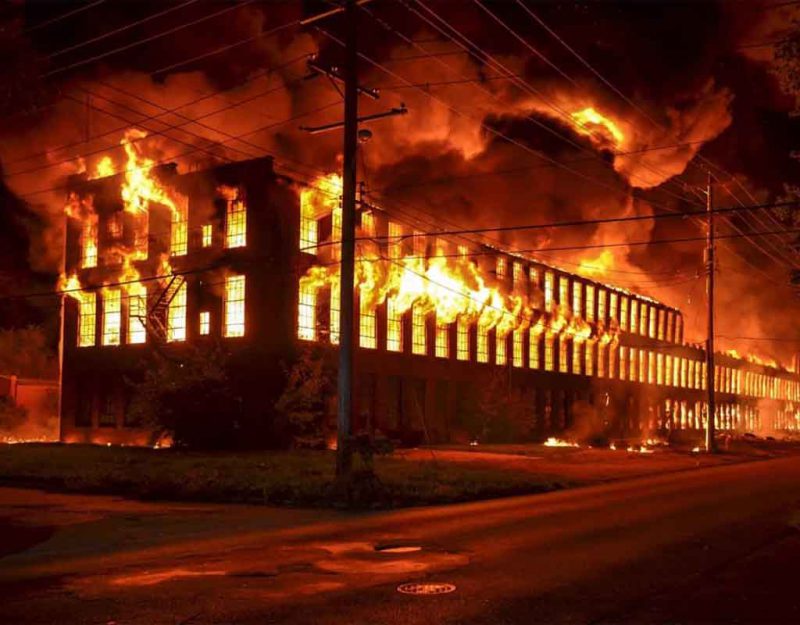 For example, we had the New Deal and Great Society programs, both of which promised to end poverty. They spent trillions of dollars and achieved nothing, while Walmart and Sears delivered low-cost products that enabled the impoverished to live better lives.

Since society is based on appearance, only appearance sells, which means that real problems get systematically disregarded while society pursues symbolic — emotional, ideological — goals in their place. One example would be the rotting infrastructure of America and the hidden cost it presents:

So, just how much hidden US debt is there? At this point, we must rely on rough estimates. For example, according to a 2016 report from the American Society of Civil Engineers (ASCE), upgrading the country’s crumbling infrastructure would cost $5.2 trillion.

There is also $3.5 trillion or so in unfunded pensions:

As of fiscal year 2015, the latest year for which complete accounts are available for all cities and states, governments reported unfunded liabilities of $1.378 trillion under recently implemented governmental accounting standards. However, we calculate using market valuation techniques that the true unfunded liability owed to workers based on their current service and salaries is $3.846 trillion. These calculations reflect the fact that accrued pension promises are a form of government debt with strong rights. These unfunded liabilities represent an increase of $434 billion over 2014, as realized asset returns fell far short of their targets.

The we have to look at the $40 funding gap for Medicare and Social Security to run for the next 75 years:

As Social Security provides benefits to millions of retiring baby boomers, its costs will balloon to $1.4 trillion. That includes a rapidly increasing number of Social Security disability recipients. Their scheduled benefits will increase by more than $60 billion in the next decade.

During this decade and the next, the number of Americans 65 or over will jump by 75%, while those of working age will nudge up by just 7%. During the next 17 years, 77 million workers will retire—that’s 10,000 people a day. Thirty-six million Americans are already retired.

The cost to make these programs financially solvent for the next 75 years is almost $40 trillion.

This adds up to a grand total that spells out “default” because it dwarfs our ability to pay it:

Total potential debt for the U.S. by one all-encompassing measure is running close to 2,000% of GDP, according to an analysis that suggests danger but also cautions against reading too much into the level.

AB Bernstein pulls in debt from a variety of sources and compares it to GDP as follows:

The leaders in this race will be the trust funds we employ to fund entitlements programs, which are rapidly going bankrupt:

By 2009, the total balance of the Social Security trust funds was $2.5 trillion. In 2010, Social Security began running a cash deficit, as its expenses exceeded its income (excluding interest). The Trustees project that in 2020, its expenses will exceed total income (including interest). At that point, the Trustees will be have to begin redeeming the funds’ special non-marketable Treasury securities.

In 2035, unless reforms are enacted, the Social Security trust funds as a whole are projected to be fully exhausted, as they will have redeemed all of their Treasury securities. At that point, Social Security’s receipts will only be sufficient to cover 80 percent of scheduled payments.

Unless reforms are enacted, Medicare’s HI Trust Fund is expected to be exhausted in 2026, which would precipitate an 11 percent cut in its payments to hospitals and other providers.

Unless significant changes are made, both the Mass Transit Account and the Highway Account will be depleted in 2022.

In addition to these, we have the national debt and the state and local debt (which overlaps with the pension debt discussed above). On top of that, personal and corporate debt.

Other obligations await us. We have not developed new technologies in some time, and the internet has now settled into a thin margin market, so for another wealth boom, we need to produce something new that is widely needed and can be afforded worldwide.