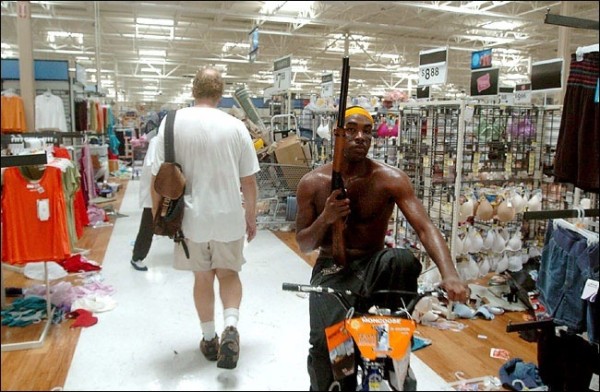 Like many major events, the riots in Ferguson MO have roots in a thoroughly messy human situation. Drunk on victimhood, weeping with self-pity, and yet willing to blame others and so lash out in rage, the protestors first complained and then accelerated to full retribution. Steal – ruin – destroy.

However the facts show this situation is both more complicated and far simpler than that. It is more complicated when we examine the dynamics of what happened to Ferguson, MO, a formerly 75% white suburb that received urban African-Americans exported by cities who could no longer afford to fund and police Section 8 ghettos.

More profoundly the story reveals America’s ambivalent relationship with race where anyone who has the money retreats to all-white areas. It reveals how one party has been using race as a mechanism of permanent control for 50 years. It also shows how after 225 years we are still fighting to make society equal despite consistently unequal results.

And this is where the situation gets simpler. For all of its complexity, Ferguson boils down to this: bad leadership. Far in advance of the riots, people made bad decisions in sequence while being aware that these decisions would likely make the situation worse because all methods had been tried before. Yet out of pretense of moral superiority, and an unwillingness to face the appearance of being inegalitarian in a society that has embraced the egalitarian as ultimate utilitarian good, no human being could stop doing the things that they knew would provoke tragedies like these.

Even worse than Michael Brown being shot down after a felony by a police officer who witnessed Brown’s erratic behavior is the reality of daily travesty. Black people, with a smattering of Obamas and Oprahs aside, live in ghettos and form a permanent underclass. They know they are distrusted and seen as domesticated savages that people after college age mostly try to avoid, white, Asian and Hispanic alike. White people know that within their country a race war simmers that sometimes explodes in LA riots, Knoxville massacres, or Trayvon Martin style shootings. A constant stream of petty crime, violent crime and correspondingly severe police action antagonize the situation.

This leads us to the question of, in a world of so many clearly intelligent people, how things could get this bad. Why is intelligent government impossible? Why do groups tend toward insanity? Why are people just “going with the flow” with ideas that are clearly ineffective or worse?

Humanity shares this problem and its response worldwide. Looters are raging in London during Gaza protests and destroying Ebola care centers in Liberia in addition to stealing and burning in Ferguson. How could we make the same mistake globally? Obviously it must be something big and all-pervasive like the system of government we have chosen, which seems to have made everything worse since the World Wars although it took some decades for the carnage to make itself visible, as it always does with history-changing events.

Originally, the question of government was, “What should we do?”

In their in loco parentis role as protectors of us all, the merchants/liberals changed this through democracy. Instead of worrying about what society should do, democracy asks what each person wants to get out of society.

So the question goes from, “What should we do?”

This is similar to parents confounding small children. If the child does not know what it needs, the parent will try to shut down the debate to get a move on. They will ask the child what it wants. The child, who knows next to nothing, will be unable to express itself. The parent will then offer it a convenient option like, “Then we should just go to the doctor’s office?” and the confused child will answer OK.

As time has passed, we have outpaced our historical momentum. As Western Europeans, we started out on top of the world when our ancestors converted relatively barren Europe into a prosperous center of learning and military might. It took us thousands of years to run down that heritage, but we finally managed, thanks to democracy and the attendant errors it brings like solipsism, consumerism and radical individualism.

Now our nations are shattered and our people alienated. We have no consensus and are dedicated to internal warfare. Jobs, commuting, bureaucracy and daily life grind us down and make us furious, which we cannot express, so we become passively nasty and wicked. We have surrounded ourselves with third world populations who hate us and want to take what we have, even though it will not help them out of third-world status.

But the root of the problem exists far from the locus of these symptoms. The cause of our problem is simple: we stopped asking about how we should adapt to reality, and instead asked about what we “wanted” to do instead. The result launched centuries of conjecture, emotionality and appearance over substance, resulting in the worst leadership humanity has ever seen.

When you cannot think clearly about leadership, you will be ruled by illusions and appearance which are used to manipulate the voters. The voters will be distracted, emotional and yet filled with rage because their society is dysfunctional. They willfully deny reality and seek to steal from others with force of law as a kind of retribution. And thus our future with democracy is endless competition between the military police and the angry, emotional mob busy looting the livelihoods of the normal.

The end result of democracy | The separation of Conservatives from Christianity