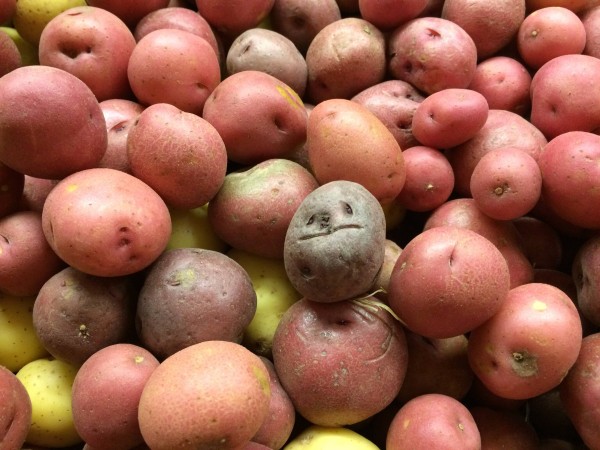 Where do I vote to end democracy?

From Bruce Charlton, who is insightful as usual, a criticism of the process of voting itself:

Voting is a corrupting process – and for me the corruption is palpable. It feels like giving a sworn public endorsement to someone I know to be an evil liar.

The fact that it is futile is the least of its problems; the worst of it is the tacit agreement that voting is how things should be done, how decisions should be made – this ‘should’ being focused upon an arbitrary mechanical process which destroys moral responsibility.

As people often say in conversation, “We will have to agree to disagree.” That is a form of fatalism which consists of believing that no answer can be found, so each person should go on doing what they were doing anyway without ever examining it. If analysis and asking questions have an opposite, this is it.

Democracy encourages “football-style” decision making where people root for a team and defend it against all comers. At that point, they stop looking into their own beliefs to figure out what the intent is, and focus on the game of beating the other team. Over time, this leads to the teams being very similar, which by the nature of leftism as more general than rightism, leads to a leftward drift.

Voting is an alternative to the old fashioned way of making decisions, which is either to have truly excellent people and/or wise elders in control, or to get together your best people and talk it out. Ask every relevant question. Take every line of thought to a conclusion. Never fall back on “well that’s just subjective” or “that’s your ideology.” Remove ideology and politics entirely, and look at the task itself.

Of course, that is hard work. It can result in all-nighters and substantial risk, since appearance is the opposite of reality. Voters panic if a new program does not immediately deliver results, which causes politicians to avoid rocking the boat and to construct new programs so that there is always someone else to blame for their failure. Voters respond to flattery, such as programs that show off how wealthy their nation is, and glaze over when negative, difficult or complex things are mentioned. But even more, voting itself causes distancing from the task. The question is no longer what should be done, but which of the two options — absurd oversimplifications polarized by the necessity of differentiation — seems a safer bet.

Our civilization has dedicated itself to avoiding the hard work of making choices and taking leadership roles out of fear of the crowd. We look for “systems,” or “objective” and automatic processes like democracy and the economy, to lead for us, but all of them succumb to decay through inevitable entropy and drift toward what humans want to believe is true and not what is. Economics reflects what people are willing to buy, not what they need. Democracy reflects what people want to think is true, not what is real. Even systems like “education” presuppose that simply indoctrinating people gives them the magical ability to make decisions that they lack the intellectual or moral fortitude to make. The future is not found in systems, but in organic leadership, which is putting the best people in charge and having them debate out questions instead of putting them to a vote.

Lest it seem I praise Charlton too much — although it is doubtful that such a thing is possible — he blurts out a disappointing deferral to systems in his next piece.

Society is either secular – based on evanescent psychological expediencies; or else society is based on religion – and ultimately, overall, in the long run, aiming to run things in a way satisfactory to divinity.

The primary choice that is not-Left is therefore “which religion?” That question is the basis of real politics – now extinct.

Astute observers will note that this piece commits the exact error he describes in the former piece: instead of making decisions, we defer to a method or principle and hope it will magically solve the problem for us.

The division between secular and religious is nonsense entirely. A realist sees that religion is a description of reality, with a possibly added metaphysical dimension, but that this dimension cannot be incompatible with the physical. Further, such a person sees that both secular and religious access are two different voices to the same truth, because it is derived from the same world.

He ends on a positive note however:

Nowadays, in an increasingly-corrupt world of mostly-corrupt people aiming at ever more corruption; political analysis and discussion is therefore only of value when it leads to a consideration of ultimate goals – asking what, overall, are we trying to achieve’; what, overall, is our society aiming-at? And does that make sense: And is it Good?

The question of goals lives with us daily. We either aim for what is good, or we accept a substitute — argued for by compensators, apologists and distractors — and try to justify it as a surrogate or substitute for good. However, good is not found through religion; it is found, as Plato showed us, through the pursuit of good, which begins in the understanding of reality and extends through that to a transcendental appreciation of the methodology of nature, in which it finds a harmony between form and function that reveals the parallels between beauty, goodness and truth.

Slamming this into the religion ghetto only creates more of the same reliance on systems, and also gives people another way out. Conservatives in the West have for centuries perverted their beliefs into the idea that if you personally do good, you will have done enough, and the world — a system — will somehow reward that. All evidence suggests this is the foulest of lies. If you do not control your species and your civilization, it follows its tendency like a runaway horse to go straight into trouble or over a cliff.

We have many people already relying on systems of this nature. Mind your own business, work hard and take care of your family, and everything will be all right. Apologists from libertarians through anarchists believe this same drivel because it lets them off of the hook of restoring function to their society. By interpreting the question of “good” as a personal one, and inevitably a religious one, they focus on the heavens… their own pursuits… their own egos… and forget about the consequences of actions for which we are all accountable even in a civilization. Being part of a mob does not excuse us from culpability. It makes us more culpable, because we hid behind the faceless mask to act instead of doing it ourselves.

In a time of many lies, the only thing that can save us is the simplest and clearest focus possible on the truth. This is not to say that religion does not serve a role, only that saying “the answer is religion” is as silly as saying “the answer is capitalism” or “the answer is democracy.” There is no the answer, only the singular health of our civilization, and that will require varied methods to fix. Systems will not do, and democracy certainly will not.