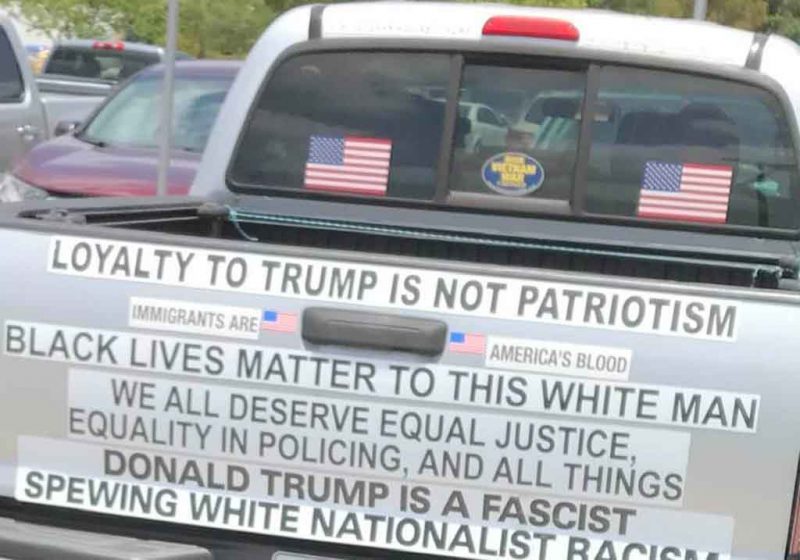 Disruptive technology only looks happy when you get to do the disrupting. For other people, it isn’t fun getting disrupted. Nobody did well in the buggy whip cartel once Henry Ford got The Model T into mass production. It was over for that racket and they had to bust out or hold the bag.

Disruption is easy to see in technology because you see it in real life. Model Ts physically existed and made noise. When there were none of them on the roads, you neither saw nor heard them. When lots of people went motoring, they were eventually everywhere. A random observer could like or dislike Model Ts all day long. Unlike a Dungeons and Dragons game, the random observer doesn’t get to roll to disbelieve in Model Ts.

The disruptive aspect of disruptive technology is present because that technology leads everyone it touches into a collision with reality. It is entirely possible that reality collisions can generate disruptions far beyond the realm of technology. These impacts are hard quantify. You don’t necessarily have the obvious signal of the Model T Fleets puttering on down the roadways. Nevertheless, there is still a disruption that involves a collision with reality.

The 2nd Quarter Gross Domestic Product Results for The Amerikan Economy came out yesterday. President Donald Trump, as well as any other Amerikan in possession of a mutual fund or two; probably wishes they had remained parked in someone’s garage. The autopsy report follows below. In case you still wondered, that’s a really nasty print.

In the initial summary the BEA reported that Real gross domestic product (GDP) decreased at an annual rate of 32.9 percent in the second quarter of 2020, according to the BEA’s initial estimate. But this estimate annualizes this quarter’s results and in essence multiplies by four quarters. The real decrease in GDP is 9.4 percent.

So it sucks to be The Donald and all the predictably predictable media zombies are printing up original headlines like “Orange Man Bad.” When you get a -9.4% result on GDP real people suffer and anyone in charge should get the shaft just like the workers. Bad Donald. Accept your spanking.

Now let’s ask an important question here. Is this just Donald Trump declaring his next bankruptcy, or is more going on here? Looking at comparative results in Europe suggests a lot more than Trumpitis currently impacts the world economy. Erik-Jan van Harn, an economist at European Financial Corporation, Rabobank evaluates how ell things are going in the EU.

The Eurozone economy contracted by 12.1% in the second quarter. The German, French, Spanish and Italian economy contracted by 10.1%, 13.8%, 18.5% and 12.4% respectively. Sentiment indicators point towards a pickup in economic activity, but do not towards a Vshaped recovery. As long as there is no vaccine the probability of a second wave is real. Moreover, a vaccine does not necessarily mean that the economy can return to its pre-COVID mode of operation. Permanent changes to the economy requires a different skillset from employees.

Looking at the big picture, we see the following. 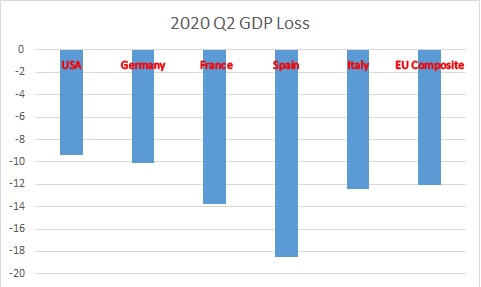 We can somewhat salvage the situation from an Amerikan Agitprop point of view by examining Q2GDP in comparison to the EU Composite. 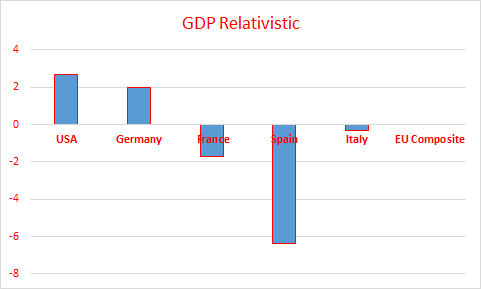 One stupid man losing a nuclear kiloturd of money is exactly that and needs no further elaboration. When this involves all the “smart set,” this is not just Orange Man Bad. This is a paradigmatic shift. This is expecting good relativistic physics out of somebody who barely understands that Isaac Newton and Albert Einstein are two distinct physical scientists. The economy has changed, our instruments have not, and it could now be analogous to tuning in digital radio signals with an analog antenna enhanced with a coat hanger.

The consumerist hedonic treadmill fails at any time where half the hamsters have to stop running. The economy of the Modern Democracy no longer feeds or nourishes its constituents. It uses them as batteries to feed the robots. Jobs are a pointless grind for the worker, but a necessary fuel source for the state. Under the Anarcho-tyranny of democracy in its final stage, the people are not the goal. They are tax mines and consumption batteries. It’s people-powered, but there is no people-power.

It perhaps went bye-bye because it could not work. Absent involuntary servitude, the necessary work will not get done. Everyone had to be plugged back in to survive. Their overseers had to plug them in to run the machine. It all survives by consuming you while you consume its things. Eventually somebody doesn’t get what they need to feed themselves. Maybe that was Q2. Demotism becomes the buggy whip cartel Henry Ford just ran over with his Model T. Choose your depot wisely. This is where it’s all going to have to go.