by Jonathan Peter Wilkinson on December 8, 2018 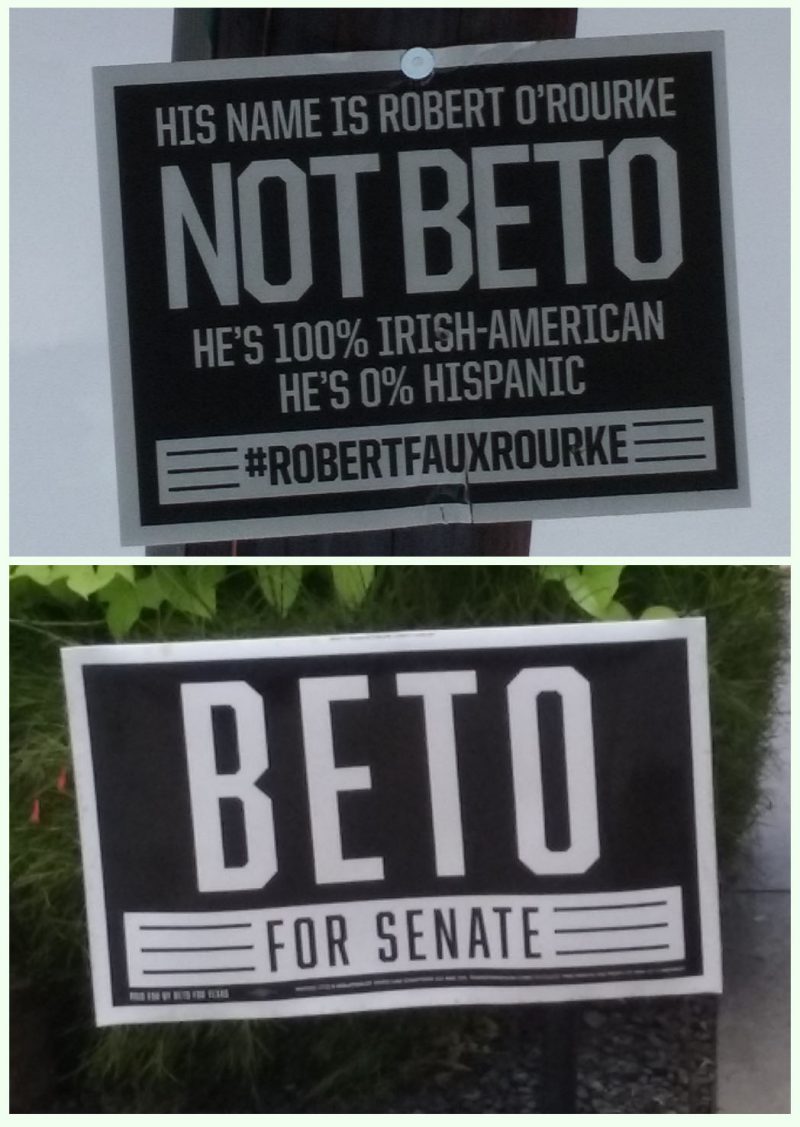 What is a MaCron anyway? Or how about Greg Orman in kansas? Neither rings a bell? You must be acquainted with Robert Francis O’Rourke. He’s a rock star, Man!

So Ziggy played guitar, jamming good with Webb and Gilley and The Spiders From Mars. Those who laughed at Beta O’Rourke instead of recognizing the threat to intelligent leadership here have not read their Virginia Postrel. Young Robert Francis, oops I mean “Beto,” has things going for him. “Seventy-Five Million of ’em” The Internet Cynic may remark. But money in politics is like a large population in an existential war. As Stalin pointed out, quantity has a quality all of its own.

Yet a lot of guys have money. Some of them have crashed and burned. Ketchup King Kerry had enough money to buy the 2004 Democratic Party nomination after Howard Dean out-crazied that year’s Overton Window. It was a scream until Election Night.

Beto spent $75M and ended up as Beta in a midterm election where the Dems road a typical wave of out power partisan discontent to a solid if not historically spectacular victory. In a rational world, he would be done and could go back to being Good Old Rob O’Reilly. But no, we now get back to what Virginia Postrel wrote her magnum opus on. The power of Glamour.

But that’s what Glamour does. It substitutes fantasy for cruel, unforgiving reality. It makes a remarkably average and flawed human being into the Tenth Level Paladin who can slay the dragons of whatever status quo pisses you off. Glamour, at its core, is a form of volatile and unpredictable idolatry. It can make Peter Frampton come alive, Kanye West seem like an articulate man, and the Khardashians appear to be worth having around. It does those things when it is relatively harmless.

Imbibe too deeply of the wormwood spirit that is glamour, and you can believe that Barack Obama is a philosopher king when he stands in front of a plastic Parthenon spouting his political spiel. And that’s just the magic that Robbie O’Rourke thinks could transform him from Beta to Beto in 2020.

Beto O’Rourke, weighing whether to mount a 2020 presidential bid, met recently with ­Barack Obama at his post-presidency offices in Washington. The meeting, which was held Nov. 16 at the former president’s offices in Foggy Bottom, came as former Obama aides have encouraged the Democratic House member to run, seeing him as capable of the same kind of inspirational campaign that caught fire in the 2008 presidential election.

Some would say Donald Trump did the exact same thing. They wouldn’t be totally off their trolley. The MAGA hat was a certainly a fetishized commodity. Glamour is a sword that you both live and die by. Which brings us to why the Build-A-Bear candidate is a terrible and I would say irreparable hack to democracy. If 51% of an electorate will believe literally anything, why not just elect Satan and be done with the tacky attempts at grubby foreplay. Until we reach that point in enstupidation, we’ll probably get several iterations of the Build-a-Bear Presidential campaign instead.