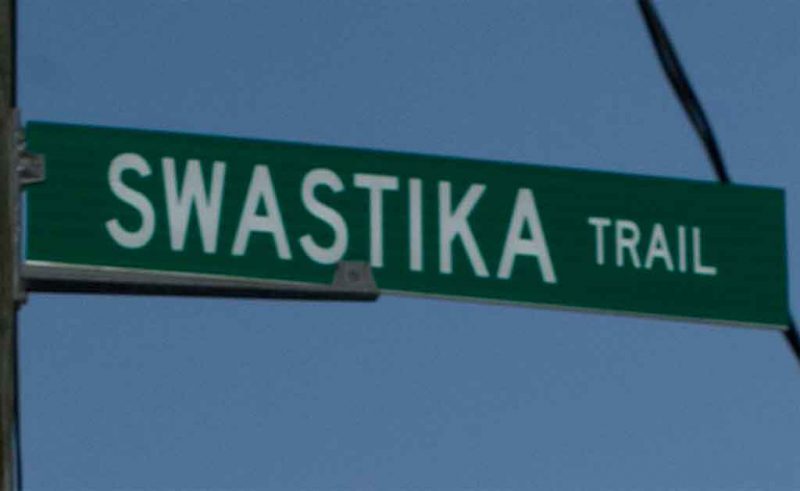 You are going to eventually live under a more dictatorial government. The racket we call democracy is going bust out, and somebody is going to hork up all the clams. Everyone involved with an intimate knowledge of the gears and levers knows that the curtain will soon fail and we’ll see the grubby, little con-men hiding behind it. At that point, the money goes on the table and the bankruptcy auction kicks in.

Whether the bankruptcy in question is the lawfare-induced financial one suffered by the BSA, or the diversity-induced intellectual one, incoming like some Sweet Meteor of Death over Amerika, the guy with about $60B is going to walk into that auction with a certain position of power. That seemed to be the position occupied by Mike Bloomberg in the 2020 Democratic Primary. His fortune loomed, kinda-sorta, like a shortsword of Damocles. Perhaps it was poised above us all to do the gene pool a favor and decapitate all the fat-broad, horse-faced lesbians of the so-called Democratic Party.

The reasons that Michael Bloomberg got verbally defenestrated at The Las Vegas Democratic Primary Debate were three. Two involved the manifold faults of the bitter, little man. Ayn Rand had her copiously-spewing mouthpiece Fransisco D’Anconia inform us that our money would never be any bigger than we are ourselves. We see this anytime we are masochistic enough to sit through ten minutes of Rap-Star Hip-Hop. They can make it rain all day and not grow anything the sane would deem edible. Bloomberg is a mentally stunted man who can only direct as opposed to leading.

His attempt to use taxation policy to expand the War on Drugs to include Coca-Cola is a prime example. If you ultimately seek to utilize the obvious science that obesity drives trends towards mass illness, which in turn rockets healthcare expenses through the roof, then there is a role for a leader to play. Playing that role in the mold of a piss-biting autocrat that taxes everyone’s soda-pop just gives a whole new meaning to the derogatory term Soda-Jerk.

A leader who knows a thing or three about economics could do one of two things. He could attempt to convince people that fat, dumb and medicated was a bad way to go through life. This could reach people if done in a subtle fashion and probably “save” the ones worth preserving from the fat farm. Assuming that doesn’t also save enough scratch to prevent the costs of healthcare and it’s attendant tick-like parasitic insurance industry from bankrupting people, Mayor Bloomberg could have initiated a nasty, but effective process of price discrimination.

Patient X, complaining of Malady Y, could get on Scale Z like you always do at the Doctor’s Office. Only this time, it wouldn’t just be a time waster while the doctors and nurses got the exam room ready. This time, a sheet of paper would print out bearing two numbers. One would be a BMI and the other a real number called a Self-Control Health Bill Multiplier Index. The number would be a two-digit number either somewhat greater or somewhat less than one. It would be a mathematical coefficient functionally driven by the BMI number. Your bill would be multiplied by that coefficient. Let’s see fat people have a Coke and a smile after that!

Another problem with Mayor Bloomberg involves a lack of subtlety. He’s a proverbial rock in everyone’s new pair of jogging shoes. Dictator wannabees need a certain sleight-of-hand. Caesar Augustus made darn sure his takeover of the collapsing Roman Republic was sold as restoring the very institution he was taking out back to kill with a hatchet. All the coins and legion banners had SPQR emblazoned on them like a bright and shining lie. Behind the scenes, opposition like Cleopatra could see what going against Octavian got you for Christmas. She preferred a final date with a poisonous asp on her luxurious river barge to the ineffable humiliation she could fortel loomed in her future.

Even Barack !HUSSEIN! Obama had more tyrannical subtlety that Tzar Bloomberg. It was all about getting to keep your doctor if you liked him and “yes we can” until he got his grubby, community organizing hands on the throttle. Then it was “No, Futhermucker, you most definitely cannot.” Bloomberg is fortunate that he’s already made his jack. He walked into a room full of people who seriously argue that the Holodomor involved nothing more than bratty Ukranian Kulack Farmers b!thching because their gruel ran thin. He informed them that Communism doesn’t work. That is only going get you weeded out as a thesis fairly early in Lefty’s uncompromising Hegelian Dialectic. Tyrion Lannister could play the heck out The Game of Thrones as a midget. Bloomberg, he’s lucky not to have a sister like Cersei.

The third reason for manlet Mike Bloomberg’s rather humiliating evening at the debates explains our inevitable slide as a society into the sewage-pit of soul-murdering demotic mediocrity. Declining, rotting societies have antibodies that defend them rigorously against corrective improvement. When Senator Lieawatha was informed by her handlers that Nanny Bloomberg had offended The Equine-Faced, Blubber-Body, Split-Lickers of Amerika, she went on what we can only assume is 1/1024 of the warpath at last night’s debate. By making sure we can’t offend even the most useless, perverted, stupid, and repulsive, Senator Warren makes pretty darn sure that we also can’t keep the worthless and parasitic from breaking a bunch of crap that they can’t either eat or pay for.

Three-Mansion Bernie raged against the machine that owned more mansions that he did. He targeted Mike Bloomberg’s unambiguous support for the stop-and-frisk policing that made sections of New York City fit for civilized humanity for a nice, fun stretch of time. Until the smart Asian kids start beast-moding the admissions stats over at Cal-Berkeley, thou shalt not discriminate against any racial minority. Which means smart and effective tools to prevent crime have to be scrapped. Obviously rape and murder are penny-ante offenses compared to offending the people of melanin that Bernie Sanders doesn’t live within any reasonable commuting distance of ever having to interact with on a normal basis.

This should pretty much clinch it for The Bern. He will have a huge advantage after the Tuesday Primary Witching Hour. The more rapidly we rewind the old VCR tape known as Darwinian Evolution, the more inevitably we approach true Leftism. The dotard idiot’s Kruschev Warts legitimately become an advantage. The grubby anachronism from Burlington, Vermont will rise to the top of the intellectual parking-lot puddle that is the Democratic Party.

I can envision several scenarios where he wins and becomes President. Somewhere, off the beaten path, it can hoped that true patriots labor away. From the Crew Chiefs to the lowliest wrench-turners, they’ll have a lot of helicopters to keep in tip-top condition. After four years of The Bern, Amerika’s Pinochet is going to need more than just one Combat Aviation Brigade worth of the helicopters to dispense with all The Bio-Lennist rot that has burrowed in deep in Washington, DC. The racket will truly go bust-out for democracy in Amerika. If you have any power or influence, choose your despot wisely.

White Art Collective: When Diversity Is A Strength | Stealing Signs