Democracy Dies In A Haze Of Hypocrisy And Failed Promises 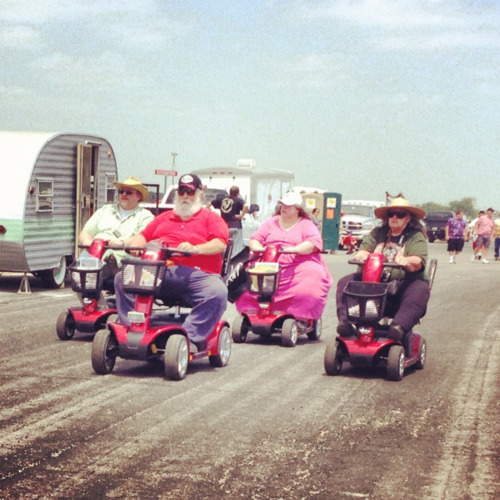 Barack Obama is a wonderful man. It turns out that this is the week he gets busted for eavesdropping on the incoming Trump administration, possibly by using American allies to access the feeds in an attempt to work around the law.

It has become clear that in addition to spying on Americans, Obama left the economy a smoking ruin, lowered American prestige worldwide, normalized corruption, savaged the workforce, demoralized law enforcement leading to lawlessness, made diversity even more toxic, increased political division and ushered in a collapse of the white middle class. All of these are good things, in that they have made it clear to even the least observant that our current path is not working.

After all, Obama was not that radical. He is a Democrat, which means he supports socialist-style welfare state policies funded by consumerism in the Roosevelt model, and an African-American, which means that realists recognize that he works in self-interest, or for his tribe at the expense of others, most notably the majority who are Western European. He adopted disastrous policies like socialized medicine, women in the military, gay marriage, bailouts and an increased welfare state, but none of these are outside the normal Democrat or Leftist agenda. He merely took them to their logical extremes and showed us what we can expect in the future, since democracy always slides Leftward.

The slide Leftward is visible in our culture, first and foremost. The backlash against it is gratifying. One great example comes from the sports network that broadcast liberal propaganda and saw its ratings drop, causing it to now backtrack on having political commentary involved with sports programming:

â€œOriginal news reports should not include statements of support, opposition or partisanship related to any social issue, political position, candidate or office holder.â€

This one seems straightforward and achievable, at least within ESPNâ€™s platforms. The one place on ESPN in which you donâ€™t see straight opinion is on the hard news side of the operation.

â€œWriters, reporters, producers and editors directly involved in â€˜hardâ€™ news reporting, investigative or enterprise assignments and related coverage should refrain in any public-facing forum from taking positions on political or social issues, candidates or office holders.â€

During the Obama years, every institution public and private drifted Leftward. It was like a prole holiday: with the first black president, all those evil conservatives had been beaten back and therefore, people could do whatever they wanted and expect the government to subsidize them.

This worked out poorly for them in part because their main demographic of consumers are the normal, middle class WASP and other white citizens who really do not want to hear about slavery, socialism, transgenderism, gay marriage, colonialism, patriarchy and sexism anymore. These are practical people who are accustomed to overcoming adversity to provide for themselves, and they view this as whining that they were willing to tolerate until it became a threat, at which point they started fleeing from it.

Another entertainment company also learned that PC is bad business when it alienated its primary demographic:

In a recent interview with ICV2, he said: â€œWhat we heard was that people didnâ€™t want any more diversity.â€

He continued: â€œThey didnâ€™t want female characters out there. Thatâ€™s what we heard, whether we believe that or not.

â€œI donâ€™t know that thatâ€™s really true, but thatâ€™s what we saw in sales.â€

Here is a hint: each ethnic group prefers its own. If you are marketing to black people, have black characters (the industry has no problem doing this, interestingly). But if you are selling to white people? It is best to feature people like them.

Marvel and others got fooled because for a long time, white people did not mind going to see movies with characters of other races. The reason is that white people, uncharacteristically for humans, are open-minded to the point of having their brains fall out. As a result, to them there is no significance to the fact that since the 1980s, just about every movie president has been black, and every movie includes a magical black character to convey wisdom, and black action heroes, and so on… but once it was clear that these were designed to replace white heroes entirely, the audience rebuked them.

White people have always viewed diversity as “we keep our society as it is, and you can tag along and enjoy it too because we’re generous.” This is oblivious to the reality of life, which is that any group which is not tribalistic will soon disappear from the earth, and so people without this First World Problems tendency toward pathological pacifism will act sensibly, which is to view every other group as a threat because each group has a self-interest in obtaining territory and imposing its values, religion, and genetics upon it. The white vision of diversity is totally incompatible with reality. But, being good consumer aphids being milked by the corporate ants, the white population never objected until the white genocide aspects of non-whites featured in media became evident.

Under Obama, this media push for total propaganda all the time became normal. It was entirely consistent with what the Soviets would have done, and what the bureaucrats in the EU were also doing. The United States, under Obama, began to resemble the Soviet Union more than the old America. Considering that both Soviets and Democrats are socialists, and that Obama’s goal was to obliterate the old USA for the benefit of his people, this was not surprising. But then it backfired because Obama by acting like a third-world tyrant (thankfully and blessedly) overplayed his hand.

The result of Obama’s wonderful work is that the races, political orientations, religions and classes are now totally polarized, giving way to Balkanization or Civil War 2.0. Witness this diversity-failure audacity:

The April 15 meeting plans to discuss projects and initiatives for the upcoming year and act as a place for people to â€œmeet, strategize and organize.â€ While children are invited to attend, white people are explicitly banned from the meeting, according to the Facebook event page.

When people began questioning the ban on whites over Twitter, Black Lives Matter Philly stayed by their ban, explaining that their meetings are â€œblack centered.â€

This outrages the average blockhead conservative, but to a nationalist, it is completely sensible. No black person can trust a white person to act in the interests of black people because each ethnic group has its own self-interest; this is the same reason diversity has never worked throughout history. But before Obama, this sort of crisp, clear and logical articulation was not possible. Now that he has made everyone hate everyone else, it is commonplace.

I said before this last election that if I could have elected Barack Obama for another eight years, I would have. At the end of that time, the USA would be in default and would collapse like the Soviet Union; white people would have fled the cities and made a living through barter and agriculture; Leftism would have adopted the hammer and sickle outside of sotto voce conversations and the churches would all have become convenience stores or mosques. At that point, Civil War 2.0 would have been not just imminent, but ongoing.

As it is, I have to settle for the glory of watching Barack Obama dismantle America to the point where reconciliation is impossible and all of its many diverse groups distrust each other on a permanent basis. The rainbow nation has failed, thanks to Barack Obama. Liberal democracy is disintegrating. People are fleeing institutions and cities. Now that the crash is here, the renewal can begin.