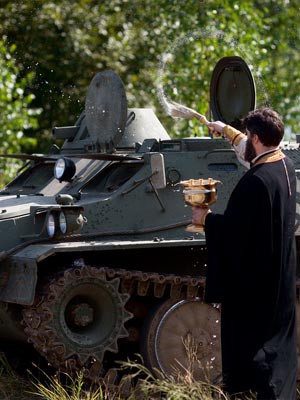 You can take a nation and subject it to constant warfare, deprivation and even inconceivably apocalyptic threats. It will survive. But the minute it stops believing in its own legitimacy, it dies.

In Israel today we are seeing an old conflict, even an ancient one, playing out: is the government created for its own purposes, or is the government an outward manifestation of the will of a collective, organic group united by shared values, called a culture?

Our modern view is that every person is equal, therefore whether you fill Paris with Somalis and Inuit or Japanese and Peruvians, those people are still “French.” Why? Because they live within the lines on the map that defines the political agreement known as “France.”

The old school way (which is experiencing a massively powerful revival) is to think that wherever they live, people of French descent share certain values and an outlook on life, and thus are a united people, both culture and heritage. Move them to the moon, or Somalia, and they’re still French.

Pundits and other witty and underpaid (thus bitter) people love to tear down anything they see as above them, so they are targeting the notion of the nation. They want to replace it with the nation-state, which is a subset of globalism; nation-states are lines on maps, not organic populations.

As a result, these people have made the claim that no country can assert its need to be of a single culture, and still be democratic/free/whatever.

In response, Rivlin announced that he would not conduct any further debate on the issue in the Knesset Presidium, claiming that the bill does not contravene the essential definition of Israel as a democratic country. He did, however, express his objections to the bill, which states that Israel’s democratic regime would be subordinate to the state’s Jewish identity, and which drops Arabic as an official language.

Both Jewish and Arab MKs from the left-wing parties, as well as other public figures, have expressed deep concern about the bill, sponsored by MK Avi Dichter (Kadima ), which, in practice, does away with the State of Israel’s constitutional foundation. They argue, justifiably, that the bill contravenes the Declaration of Independence and its principles, and threatens the delicate balance between the state’s national identity and its democratic and civil character. – Haaretz

Those who object to Israel as an organic population are wrong, of course. All that is required to be a democracy is to use democratic means of determining power. There is nothing in that definition about citizenship, or even who can vote. Any democratic power structure is a democracy.

What they’re objecting to is that this is a democracy by a population for its own self-interests, and not the globalist ideal of the nation-state where anyone can wander in, rent a room and be a citizen. The nation has higher values than commerce and obedience to leftist dogma, which makes it a threat to leftists and international finance.

Israel has successfully dodged this problem for sixty years but now it is coming home. As missiles rain from the sky, Iran develops a nuclear weapons program, and the USA waffles in its support, Israel must face the hard questions. Is it a state of Jews and Judaism, or merely another place to rent?

Coincidentally, all of us face this problem. If you build a nice place, others want to come stay there and take advantage of what you have made. In the process, they obliterate what you are, and leave behind more of what can be found anywhere else. Diversity is lost. Specialization is reversed.