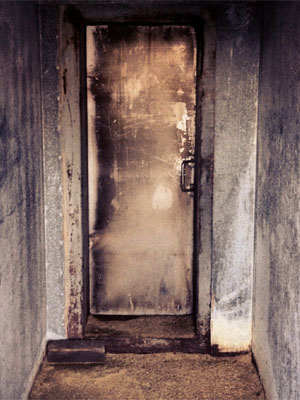 All things converge on biological metaphors, because biology is the vessel the universe chose to hold its autonomous parts.

The metaphor of infection applies to many things, and we learn more every year how behaviors and ideas spread like infections. Information travels between forms and media, even boundaries between individuals.

Behaviors spread this way in the animal kingdom also. When monkeys see another monkey using tools, they learn that knowledge and pass it on. When enough humans repeat a phrase, it becomes a trend, and lives and is spread through others.

However, not all political choices are created equal. Some in fact seem to arise not from concern for goals, but from a need to express oneself through personality acted out as gestures.

Liberalism is one such infection. It is based on dissatisfaction and resentment, like how teenagers socialize by agreeing that their high school sucks and their parents are Nazis. It spreads not because it is effective, but because it makes people feel equally accepted.

The essence of liberalism as a mechanism is that, in a social group, if all the people agree that a certain thing is true, there is no personal penalty for being wrong if it is not true.

In this way, a human social reality made of memes, trends, sayings, media, commerce and government replaces the physical reality we know and can describe through science.

Unfortunately, when this reality is based on collective dislike, it becomes a lynch mob which knows only what it doesn’t want, not what it does. This guarantees that it will fail: it will gather, tear down what it hates, and then make a new version of society that goes 180Â° in the opposite direction.

However, this approach is doomed because if something was missing from the original society, it is not present in the new one. All that is there is an inverted form of the original, with nothing added. It is a reaction, not a construction of something new.

In addition, it is an effort forever marooned because in uniting itself around dislike of things that it feels impeded its people, it is ceding control of the destiny of individuals to external forces.

To say “I hate this and must destroy it” is generally equivalent to identifying the obstruction that prevents the fulfillment of your needs or dreams. But by projecting that importance upon it, we make it a controlling force.

It is for these reasons that every liberal society ever created has failed. It is fairest to view liberalism as a mass delusion, and a type of mental disease, that exists as a final stage of civilization before death.

Society must be somewhat near death for liberalism to occur, because liberalism is the result of a lack of faith in shared or collaborative goals.

When individuals decide that they must game the system, or in other words deceive and parasitize all other people in their society, they invent something like liberalism: a snake oil sales pitch (equality) hiding a more mundane reality (if I’m equal, you can’t tell me I can’t do anything, no matter how insane).

Like most biological metaphors, the metaphor of infection is plausible here. An idea comes into the head of an individual; the idea wants to live on, so it spreads to others. They unite based on the appearance of the idea (equality) and not the idea itself (decay).

And thus it spreads. Do we trust society? Can we trust each other? With each new grievance, distrust or disorganization, the infection spreads, snowballing into a momentum too powerful for any social bonds.

It is reversed as all infections are. First, remove the bad hygiene — the boring jobs, the terrible parents, the deceptive social scene — and next, inoculate a vanguard.

Others will see that the vanguard lead a better life, and will not understand why, but will be content to emulate that vanguard and inoculate themselves in the hope of a better life.

This is how infections are banished, and civilizations are built. Very few know how to do this, especially in times of mass deception, but as the deceptions unravel, those rare teachers become valuable again.