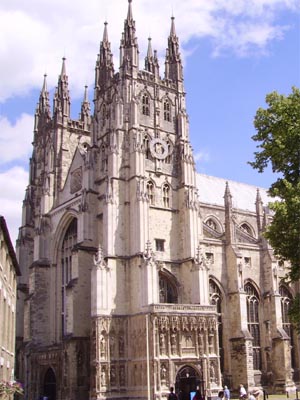 The basis of human amity and enmity is heritage, and from this comes culture which is like an emotional womb that civilizes people and nurtures them in traditional mores and values.

Architecture is part of that culture. Co-operation as well as division is nullified or established in the local and national character that stems from it.

The closely knit, organic, custom-oriented form of communal living that corresponds to traditional society is coming apart and being replaced by individualism, impersonality and contractualism which arise from volition and personal interest rather than from the complex of affective states, habits, and traditions that underlie community. These bring benefits for the cosmopolitan elites but a sense of loss and futility to the population as a whole.

After the Second World War Socialism became intellectually dominant — a sense of shame at our past and achievements was inculcated in the population, and led to an ineluctable weakening of national identity.

The elites began to dismantle England and refashion it. Social engineering was general and started to be used in architecture and planning as much as in education and entertainment. Its aim was to change the physical and mental environment, and thereby change people, who were seen as plastic and malleable. The theory was that planned council estates could change people for the better.

The Country Planning Act 1947 was an Act of Parliament passed by Clement Atlee’s Socialist government and came into effect on 1 July 1948 with the Town and Country Planning(Scotland) 1947 Act. It was a Socialist Act to plan and rebuild our world and bring Social Engineering into town planning. To separate us from our history and traditions and refashion us for â€œThe New Jerusalem.â€

The fundamental requirement of the Act was to establish the requirement for planning permission for land development; ownership alone was no longer enough to develop the land. Power was being transferred to local authorities and therefore local elites.

Marxism was intellectually fashionable before the war as the ruling classes were effete and could not counter it. In 1938, Leeds City Council built Quarry Hill Flats to commemorate the Marxist insurrection against the government in Karl Mark Hof, Vienna in 1934. It was the largest housing scheme in the country and used the latest ideas and techniques. The flats had solid fuel ranges, electric lighting, the latest refuse disposal system and communal facilities. But, the steel frame and concrete clad construction was faulty, and the flats had to be demolished in 1978.

Park Hill flats in Sheffield was a Marxist utopian development in 1962. They are of the â€œStreets in the Skyâ€ copied from the eastern Bloc. They broke from developing along natural lines and keeping to essentials for community like houses in rows at ground level and built artificial â€œstreetsâ€ outside the front doors of tower block flats. Milk floats would go up in service lifts and on to the â€˜streetsâ€™, deliver the milk, go back into the service lift and up to the next floor. Reality came home when a child was knocked over and killed by a float in the unsuitable street area.

Liverpool communities with Liverpool identities were dispossessed to New Towns — rationalist, Utopian schemes. The theory was from the Corbusian model of â€œuniformity in the part, variety in the whole,â€ which was necessary to produce the â€œhouse machineâ€ or â€œA machine for living in.â€

These schemes often emphasized pedestrian movement, as envisaged in Corbusierâ€™s theoretic â€œRadiant Cityâ€or his â€œUniteâ€ development in Marseilles. The new town of Skelmersdale was designed to separate vehicles from pedestrians with a system of courtyard layouts and cul-de-sacs emerging off spine streets, which led to disproportionate costs in street cleaning, refuse collection, ground and street furniture maintenance and, particularly, policing. It was built on an old coalfield and around a series of deep clefts in the moor side that go down into the middle of the town, which means that extensive ground remediation and stabilisation was and is required for any construction.

It was built using innovative and experimental techniques -â€“ but these were deeply flawed, requiring expensive remedies. Many houses had central heating outlets in the ceiling. The fact that heat rises was ignored, so the bedrooms were heated moderately well but not the downstairs rooms. And it is possible to punch a hand through walls because the housesâ€™ metal frames are corroded and the concrete slabs have collapsed.

Imposing change in people’s physical environments creates feelings of futility and self-loathing. It had a similar effect on the Canadian Innu, who were moved by the government into specially built estates. The Innu were forcibly transformed into Canadians, just as Britons are being forcibly transformed into â€˜citizens of the worldâ€™ and like us, the Innu had their past erased and are being offered nothing for the future â€“ despair has set in, as it is setting in on Britainâ€™s sink estates. The Innu were dispossessed by a different ethnic group Canadians (Globalists) whereas we are being dispossessed by our own elected representatives (Globalists). As with our youngsters the deculturation of the Innu manifests in drug and alcohol abuse and petty crime.

Many of our young people are aimless, lacking in self-respect, without tradition or a sense of being part of something. Many of them prey on their own people. There have always been people at the bottom of the pile, but they used to develop within a cultural tradition to which they belonged. Most Young people do not misbehave out of endemic wickedness, but because they have been decultured and are lacking the moral scaffolding provided by a vigorous and thriving culture. Pride and self-worth are replaced by despair and self-loathing. This is one of the reasons people use drugs to escape the pain of living in such places.

Peopleâ€™s instincts to bond with their land and people are thwarted by buildings that separate them from one another and are not physically conducive to developing community spirit — the sense of belonging and of knowing with whom you belong.

A nation and its communities is an extended family: a nation is a group of people who identify with one another and believe in a common ancestral origin. The bonding process through which all nations pass is not merely cultural, but to also biological through intermarriage, yet the culture moulds community and transmits the appropriate ways of behaving.

Our once familiar Urbiscapes are having their sense of balance and harmony destroyed and replaced by muddles â€“ jumbles of skyscrapers that are not in relation to their surrounds but disjointed, not in harmony.

Through a combination of social, cultural, political and environmental pressures, many young people in this country are being dissociated from their national identity, severed from civilizing structures that their ancestors could take for granted. Buildings need to develop from traditions and renew those traditions with the sense of familiarity to helping civilise young people and minimise the attacks on their own people we now have.

Architecture is presented as an aesthetic matter: which period is more beautiful or pleasing than other periods; does a particular building have aesthetic merit or should it be demolished? But architecture embodies our history and represents where our forebears were born and raised; yet contemporary architecture has a negative affect on our communities as it dissociates local people from their towns and cities. This is the atomisation of communities.

People get a sense of belonging and even identity from their architectural surroundings.

Our town and city centres are being changed from the warm, welcoming places of historic buildings, into disjointed, jumbles, that dissociate people from their home towns and communities. There is more to architecture and town planning than the aesthetic appearance. We must discuss what cliques of commercial elites are doing to our physical environment and to try to create the right climate for the continuity of traditional towns and cities by buildings that have cultural meaning.

The spirit of the contemporary age is expressed in contemporary architecture, while history and identity are expressed in historic architecture. Town and city centres, or Urbiscapes, as I call them, are being turned into jumbles of buildings without harmony or balance; the buildings being erected have no relation to those around them and are unpleasant muddles. Culture aids identity and to be healthy people need to be brought up in it to fit in properly.

If you talk to local people they tell how appalled they are at what is being imposed on them. Architecture is part of our culture and in a world that is decultured people have to search for roots – to be anchored in something deep and important that invests our lives with meaning and stability. A young Indian woman told me how a visit to India to see her grandparents had put her in touch with her culture. I explained that that is why I go to historic (traditional) towns. It seems strange doesnâ€™t it? A man in his own country having to search for his culture!

This is about our identity, which is a reciprocal relationship between people and the places in which they live. Building on what we have in a similar scale and style maintains continuity and helps to focus culture and identity. National and local governments alike are destroying places that are sanctioned by time and use, where communities have grown up and grown together.

The emergence of Modern Man was optimistic with a sense of release from dark prejudices but this has left people bereft with a sense of loss. They form artificial communities like gangs and prey on other people. Modern rationalism and architecture is part of what had liberated people from closed societies. The eradication of old restraints prompted a vision of society in which the parochialisms and animosities of a world founded upon kinship, village, and church would be abolished but led to loss and futility.

The coldness of modern cities is depressing, causes unhappiness and a sense of loss and dissociates people who lose touch with their roots and environments, whereas the use of traditional buildings maintains the townâ€™s core identity and gives local people a definite sense of history, identity, belonging, and well-being.

An important factor is the break from traditional form. As T.S.Eliot explained tradition is renewed but altered by new additions like steps through time which is how change is normally effected, not by grand schemes that break the tradition and do not fit into their surroundings. This adds to the deculturation of local people who cease to feel they belong. Architecture needs to grow from tradition which helps anchor people in their community.

This architectural deculturation of our towns and cities causes a sense of futility, of no future, as it removes a lot of the grounding people need to thrive. But the use of traditional buildings maintains the local identity and gives local people a definite sense of belonging and well-being; a positiveness and a belief in the future which is lacking in decultured young people.

New buildings are standard, international and cold with no relation the traditional buildings that engendered affection in people and rooted them in their cities. You could be anywhere.

Standard new buildings are beginning to overwhelm the warmer, more attractive old ones and councils need to rebuild some of the beautiful old ones they demolished to strengthen local identity.

Tourists can not understand why we are destroying our culture. But we are not. It is imposed on us by local councils which have no true legitimacy to do this and most of it must be reversed by rebuilding our beautiful buildings in facsimile.