Death Of The White Genocide Meme 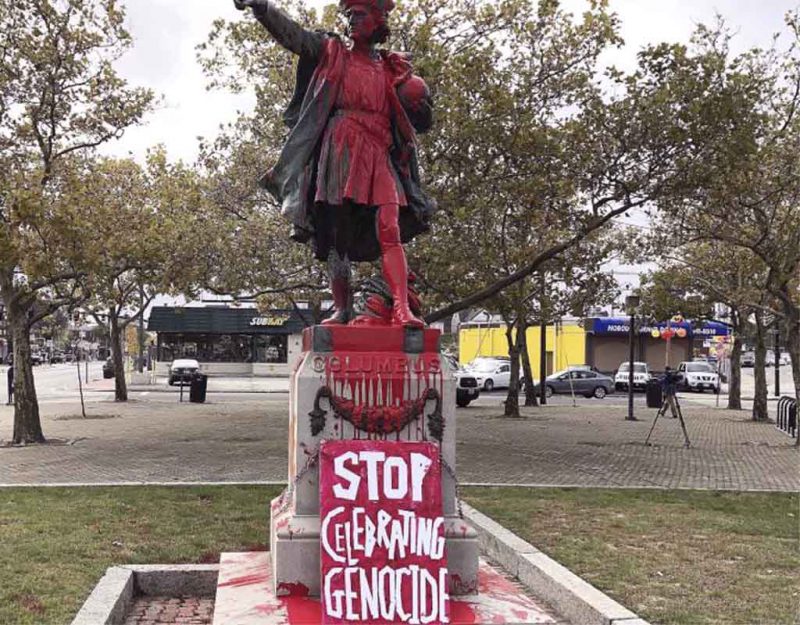 Long ago I rejected the concept of the White Genocide Memes as a defeatist and pathetic attitude that is more evidence of pathetic self-loathing than an actual attempt by an almighty enemy to eradicate the abstract of the white race. It puts the palefaces of Western nations in a victimhood position together with African bushmen hunted by oil merchants, Amazon tribes driven out by construction, Irish people eating tainted potatoes, or even Jews being led dolorous into the showers of Auschwitz.

That sort of thing comes to mind when you speak about genocide, yet in the case of muh huwhite genocide no one is filling ditches with dead honkies. Our problem is not starvation but obesity. The claim of white genocide rests on demographic replacement for which the voters pulled the lever, persecution by social media, and white people dying off from guzzling all of the opioids that they could acquire.

I know what you will probably think now: “but the United Nations definition of Genocide says …”

Since when does any of us listen to the United Nations about anything? They are also the ones who wanna make war against the concept of manliness and advocate replacement migration. This is an enemy we can not make to live up to his own rules, hold accountable to their own moral standards, or trust to be consistent at all simply because its standards, goals, and rules do not exist.

The UN is an insulting circus pretending that the better and mighty have to share a table with the evil and pathetic for the sake of egalitarian concepts. The result is simply that the biggest voting bloc in the UN are the Islamic nations right after the former Soviet satellites. These people if anything want the destruction of the West, so why even bother with their rhetoric or trying to adopt it?

The schemes of bureaucrats are a mockery of real power and to treat it like the real thing is treating a nerd like he really was the level twenty paladin he constructed himself to be in a role playing game. In the end the European nations and their colonies are treated with the invasion of a whipping boy enemy that can’t even feed himself and is dependent on pity and handouts and a egalitarian ideology that gains more and more resentment among the people who have to provide for its upkeep.

My next thought goes to the widespread Kalergi Plan meme, although its died down of late most likely because people had to actual read up on it and figure out that Kalergi never had a Plan. The idea of the Kalergi Plan is popular among the people who believe in an organized white genocide like a few years ago conspiracy theorists believed in the prophecies of Albert Pike, but both turn out to be nothing.

Just like Pike never made any new world order prophecies, Richard von Coudenhove-Kalergi never advocated for the creation of a European mystery meat race ruled by Jews. In his 1925 book Praktischer Idealismus: Adel Technik Pazifismus (English translation) he merely critiques the concept of interracial integration in the distant future, but never does he advocate for the creation of it and addresses mixed-race populations as having the traits of weak will, impulsiveness, lack of loyalty and character.

Then you have to think about who is even addressed with the term of the Whites who get genocided, which leads you to sobering conclusions that Detroit and Flint and Baltimore were not successful production and trading hubs because one investor simply liked the people there so much, but because they offered a pool of relatively cheap labor and a location still accessible by waterways and other infrastructure, but far enough removed from living areas. Automation and outsourcing scaled down the demand for labor and now these peoples find themselves back in their starting position as places of second-rate importance just as the people living there. Instead of celebrating the circumstances that we need less and less people in these soul and body crushing jobs because of Romanticised sentiments we lament that we do not have a need for more bodies to tear up the earth and produce more consumer pre-landfill on the assembly line.

If anything, we have still too many people that the governments on all levels try to park away in make-work positions adding to a bureaucracy that administers less and less stuff. The pinnacle of this farce you can encounter when you have to deal with government agencies, or worse the police, and you hear sentences like “I really don’t want to do this right now” or “I’m just doing my job”, which all translate to “the problem here is not my useless position but I myself and people like me for which this useless position was created.” Many European nations run their economies through market socialism. The dole allows these societies to park useless people away in front of the TV or whatever and out of the economy and public life where they just create damage and flagrant ineptitude.

Which leads to the next positive aspect of reduced population numbers; our cities are simply too big. It takes huge effort to run modern infrastructure so that supermarkets are stockpiled every day and the light goes on and that plumbing takes care of sewage and the garbage truck disposes waste. And then you look around and you have to admit that this civilization is simply wasted on the people living in it. Even a huge population of palefaces will always produce a critical mass of antisocial elements who throw their garbage everywhere and add nothing but filth and graffiti to the urban landscape.

In other words we already have enough idiots running around and we need a reduction in their numbers. If it goes by lower birth rates that is fine, if the drug epidemics and suicides do it that is also okay, since everything short of a direct culling is the better alternative.

The conclusion for me in this overall development of polarization and reduction is that the European peoples reached a Darwinian bottle neck. No bro, we’re not all gonna make it. The baby boom at the end of WWW2 was already a freak accident in history and seldom nations who experience massive population growth combined with economical growth remain stable, since the surplus sons now battle it out over the limited land and the limited positions in society as some sort of natural selection mechanism against overpopulation.

The western Baby Boomers never had that besides a few leftwing terrorist groups. In the end too many Boomers made it and that is why so many Millennials resent their boomer parents while so many Boomers resent the Millennials. A very narcissistic youthful generation sees its own flaws and dead ends in another very narcissistic and youthful generation and they lash out against it like their own miserable resemblance in a mirror image.

The Boomer generation never was under strong selection pressure and so even the lower echelons of that generation had a good shot of reproducing and creating more lower echelons of offspring. That was a mistake. We don’t need these huge numbers of farm hands, grenadiers, or factory worker drones anymore and that means the gene pools must be purified.

All different sub cultural and political elements will go further to the extremes and cast out elements that in their moderation are seen as maladaptive. That means the Left will end as a multiracial pseudo-religious band of scheming looters and the right will probably end up as a lose federation of warbands with a very simple principle of rulership along the lines of “provide me and my warriors with meat and munitions” contrary to the Leftist approach of a theocracy where acts of heresy include using the wrong pronoun.

In the end the phenomenon termed as “white genocide” simply means the death of the social order that empowered plebs among the palefaces created simply by overburdening maintenance costs or more likely lack of personal administration. And that can’t come fast enough.

White Genocide is a symptom of a syndrome within the white world and no amount of blame or lamentation about the good old times will solve it for us. Every attempt to reform the symptoms will lead to Roman style reforms that for a few decades seem to solve a problem until it comes back even stronger.

At last, the term “White” in the white genocide meme has no meaning among the different European peoples. Western historians often point to WW1 as the big crisis of the twentieth century that brought down the rule of the white man over the world, but this perception is very limited to British and a few French intellectual circles.

In Eastern Europe for example the first world war is a liberating event, since it brought down the great empires that occupied their native lands of Poland and Hungary and so on. For them the great “brother war” is the birth pain of their own nations. These different European nations still try to screw each other over to this day. And just like that as they have their own perspective on the great war, they have their own perspectives on the decline of the West European liberal democracies and few of them are sympathetic and vice versa.

White genocide? More like white suicide, from abundant stupidity and too much wealth.