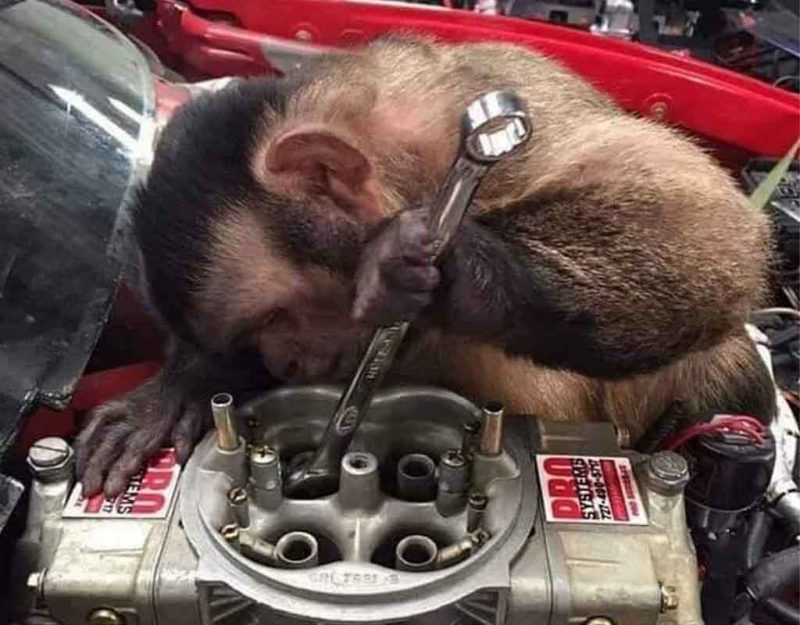 If my approach has a thesis, it is that to find the truth one must inspect the most obvious conditions by which any individual, group, idea, or situation differs from those similar to it.

In other words, it looks at objects in reality as forks of one another, much like humans are from a fork of the animal kingdom called the simians, but are in turn a fork from that group which has its own unique characteristics.

With humans, we see that we have big brains that give us power over the world through tools, but that also creates a “when you have a hammer, everything is a nail” mentality that leads to overly cerebral approaches.

The human brain knows the world through itself, so it assumes that the world is a subset of itself, as Schopenhauer tells us. This inherit solipsism leads to emotionality and method-based reasoning (control).

This means that humanity is a death cult which is normally held in check by its environment, but when it gains power over this environment through permanent civilization, it falls into itself and pursues its unrealistic ideals.

Humanity leaves reality behind when we have enough humans that our interactions involve convincing other people of our needs, instead of acting directly on nature to achieve what we need. This creates group solipsism.

If this echo chamber were to achieve total power, it would deliver to us things that humans like, such as diversity, socialism, consumerism, and environmentalism. These provoke positive mental images and make us feel better about ourselves.

Why do we feel so bad in the first place, one might ask? Regardless, a huge market for “feeling better” from drugs and alcohol to self-help books and “woke” politics has been created.

Across the first world, humanity is dying of having too much power. People are not reproducing at replacement rates, prefering instead to pursue their careers so that they have enough money to avoid being subject to the rest of society.

People are miserable, too, as we see with the constant self-destructive behavior across all income levels. No one feels that these lives are meaningful, which is why we have constant attention-getting behavior claiming otherwise.

We have met the enemy, and it is us. Our decisions are bad because they are solipsistic. When separated from nature, we become unrealistic, then illogical, then delusional.

This tells us that at some level, humanity is a death cult. The things that we think are life-giving are in fact paths to our destruction. And yet, possibly because we detest each other, we embrace them.

Are you ready for the return of kings yet?