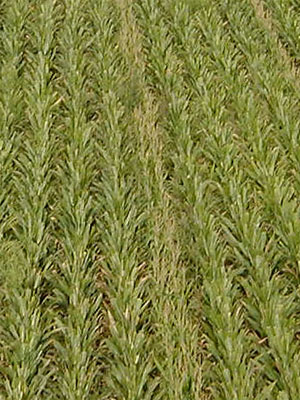 Half-listening to a smarmy news radio interview accidentally today in the process of doing other things, a new instance of a somewhat familiar word caught my attention: “monoculture.” The way it was used was in the context of apology for “multiculture,” which is obviously its etymological opposite, and, seemingly a cute way to imply something is destined for failure, evil, and/or is passÃ©.

It was used dismissively, under the assumption that since multiculture is a doctrine with which everybody has been thoroughly imbibed, monoculture is a dreadful alternative, a specter of doom. The woman being interviewed who used the term, an author promoting a new book, further qualified and doubly talked up her work by claiming that humanity seems to need to learn the lesson about “fear of the Other” repeatedly before multiculture, the current and ideal condition, can be attained.

Fallacies of the last statement aside, it is understandable that she would use the term in reference to something undesirable. Since “monoculture” typically refers to the industrial agricultural practice of planting vast parcels of land with a single, genetically-modified cash crop, keeping it healthy enough with synthetic pesticides and fertilizers to ensure a lucrative harvest while topsoil erodes, disease-resistance declines and food nutrition disappears, a negative reaction seems natural. The American Heritage Dictionary defines it thus, and also as “a single, homogeneous culture without diversity or dissension.” Presumably, the latter definition was implied by the interviewee.

What of “monoculture,” then? Extending the crop-related definition, there are analogs everywhere: tract housing; commercial strips; people at ballgames; 12-lane highways; rows and rows of pointless merchandise. In nearly all of these cases an observer can point to all the diversity: “there are four types of house in that subdivision,” or, “but the product choices are infinite,” or perhaps can describe the barely detectable minutiae that make every person special in the crowd.

We are lead to believe that all this represents a marked improvement in history and in our lives. An astute observer might wonder about systemic consequences, the validity of the claims themselves, and the seemingly intertwined paths of the things we might describe with such a word. For instance: those homes sure do shelter a lot of folks, but they are an ugly, destructive blight on what may have been a vibrant natural or human landscape; or: the commercial strip down the road really does sell a lot of neat gizmos, but the sore eyes from having it there, the infrastucture needed to build, maintain, and access it, and the fate of most of the eventually discarded, unnecessary products it sells really make it seem like an act god-awful planning and not worth all the energy.

“Monoculture,” like so many other abstract, modern catchphrases (“freedom,” “equality”) is truth merely in principle. De facto “monoculture” is, of course, what we are subject to every day, everywhere, visually far from those endless acres of soybeans but in reality no different, and no less destructive. Inverting the meaning of the word is to ignore the rootedness of component parts and to deny the interconnectedness of the same – something undoubtedly not understood to the woman only applying the term as cleverly as she could to what she, as an author, does get, which is the fragile grammar of the modern condition.

Is any of this shocking under the circumstances? No, but the critical mind struggles daily against its inexorable onslaught regardless. To have shaken the yoke of monocultural thinking is the great burden – and opportunity – for us all, one that is not worth the plundering of our mental soil to reap the profitable but short-term reward.