Cuckservatives Care More About Democracy In Iraq Than In San Jose 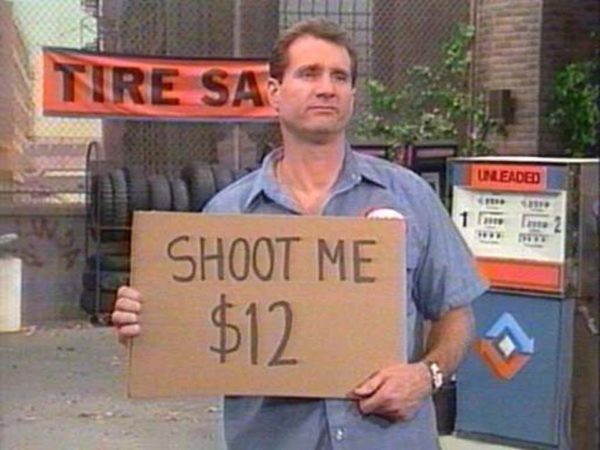 I have something dishonorable and worthy of condign reproach to confess and get off my chest. It weighs upon my spirit and yeah, verily pisses in my happy bowl of Cheerios. It brings me great manshame that must be cleansed. Perhaps with fire or a battery acid enema.

I, JPW, am a recovering Cuckservative.

The road back from the abyss has been a long process. Twelve steps are perhaps not enough. Luckily, the stench wafting from these Cuckservatives, fills the nostrils. The high-pitched, unmanful whine of their cloacae fills the Twitter-sphere and reminds me why Cuckservatism and legitimate manhood stand as truly incompatible. You see there was a riot at a Donald Trump campaign stop in San Jose California. Hereâ€™s what â€œConservativeâ€ Neal Stevens had to say about people getting beaten by the turd-chucking, Sandernista Howler Monkeys.

You deserve to be beaten if you join a movement whose leader encourages the beating or protestors like “in the good old days.” â€” Neil Stevens (@presjpolk) June 3, 2016

Brave words, Mighty Warrior of ASCII. Iâ€™ll bet youâ€™ve never had your sorry @ss kicked once in your adult life. Of course youâ€™ve also never had the guts to publically engage in unpopular opinion. Youâ€™ve never been in the enemyâ€™s face. Youâ€™ve always been beating your puffed-out manful chest from behind the Twitter avatar.

Because Trump supporters burn stuff and destroy things all the time. Weâ€™ve got lines of ambulances pulling up after every Bernie Sanders rally because of those awful, lowbred Trump-Whiteys. Oh, wait. They pillage entire city blocks in a manner reminiscent of Genghis Kahn. I mean the best you Cucks can do is Chaka Khan. Iâ€™m detecting whinging, Low-T nerd jealously in this entire Twitter binge.

I warned you he was a Nazi. You didn’t listen. Now you have street fighting like Weimar Germany. #NeverTrump â€” Neil Stevens (@presjpolk) June 3, 2016

Thanks for the warning, Neil. Weâ€™ll all keep in mind that anytime you disagree too vehemently with the Left you are too right wing to be a viable Conservative. People like you are why terrorism works like hell. What you and idiots like yourself have done is sent the unhinged left a message in big neon lights. Violence solves things. It solves anything that Lefty is too stupid or disoriented to figure out through ratiocination. It also solves the unholy fvck out of anyone who pisses you off.

At least it does when the NRO â€œConservativeâ€ keyboard cowards, the Sadducees of the Smug; our wonderful allies in the war of leftism sit on the sidelines and wash their hands of the people publically beaten for expressing an opinion athwart the ongoing, generational march of the American Left. That is the message you have just sent via your Twitter account. When they came for The Hookworm People I didnâ€™t care. They werenâ€™t sophisticated and civilized like me so they just had it fvcking coming.

Please warn us all once more about who truly inheres the fundamental philosophy of violent, despotic totalism. Because we definitely should heed that warning like a war-claxon in the night. Especially when it comes from a guy who lost a primary fight, watches a mob brutalize people who peaceably assembled to attend a political rally and then excuses the violence because of his own impotent bitterness over seeing his faction dethroned. That faction lost due to their own unwillingness to protect those who they claimed to look out for. They offered as much of a defense against Nazis as Petain and LaVal offered the Occupied French.

These Cuckservatives care more for Democracy in Iraq than they care for it here in Amerika if they donâ€™t get their cut of the waste, fraud and abuse. These Cuckservatives care more for an uninterrupted flood of immigrants than they do for the plight and the commonweal of the children born here of the sacred blood and soil of The United States of America. They are to conservatism what Judas Iscariot was to the Twelve Apostles.

I donâ€™t ask anyoneâ€™s forgiveness for having out of ignorance served in common cause with these enemies of the true American Spirit. The evil I have condoned and abetted cannot be undone. Reliving past debacles and pondering pointless what-ifs is the domain of the low-energy tribes. Sh!tlords donâ€™t mince around expecting any quarter. I just accept that it fills me with abiding sense of shame and regret that I ever defiled myself by breaking bread with these detestable harlot-spawns.