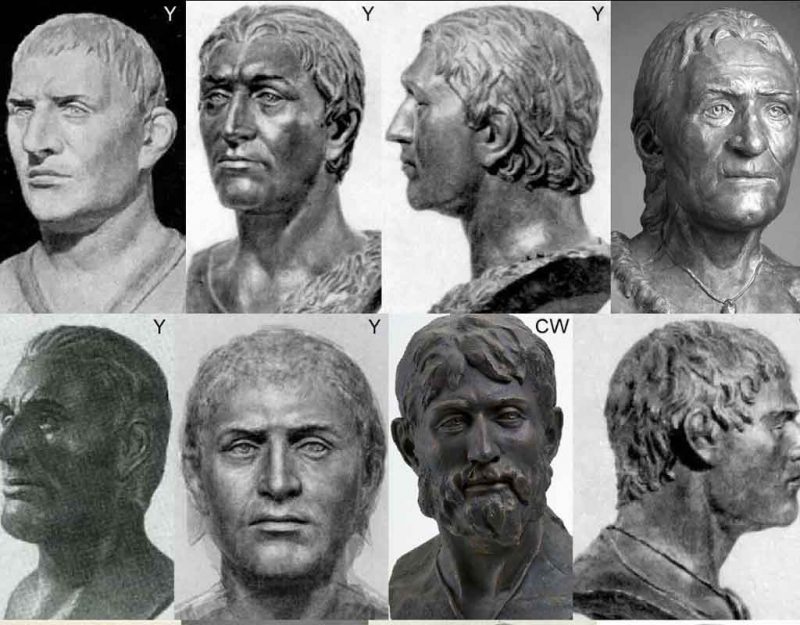 Politics subverts itself because it works backwards: people choose a belief system that seems to reflect what they see, and then argue from that, ignoring reality in favor of winning the argument, convincing others, and changing policy.

As is the case in many areas, it is possible to “win” and also lose, meaning that if you use the system to choose an illusion, you can beat everyone else and achieve that illusion, but then it collapses.

This describes not just the Soviet Union but the postwar policies in America which adopted socialist reforms, only to trigger the Great Depression. Humans can make the change they desire, but they cannot change reality.

For the last few centuries, this pattern has repeated: humans get a notion of what is ideal, implement it, and it fails. Instead of admitting that the idea is insane, we have wars and punish those who dissent.

This slow grinding assault on civilization and our sanity has left our species exhausted. We have no hope, because we know that no matter what happens, the dream of the ideal will appear again and be so popular that it will be pursued.

Now a game-changer enters the picture.

If the forthcoming announcements about the presence of visitors from other planets manifest, they will either be credible or not. If they are credible, they will point to UFOs being from afar in the galaxy, or not.

Given that government has enforced a code of silence on this topic for many decades, it seems unlikely that our democratic leaders want UFOs to be a fact of life. They also have plenty of other distractions to use if they need.

If government were to stage a propaganda event, it would most likely involve an image from movies and television: aliens show up to Earth, as in The Day the Earth Stood Still, to tell us to stop nuclear war and to live in peace.

In my view, any creatures clever enough to get here will have no illusions. They realize that peace does not come from anarchy, but from order, and therefore that having one party win out provides the best chance for minimal violence.

Throughout the Cold War, crazy Leftists preached peace and disarmament but in the end, history showed us that having the less-repressive side win was a victory for everyone. Peace was not the answer; readiness for war was.

Humans love the idea of “peace” like other actions that disable the quest for order. Compromise and pacifism means that we give up on goals and stop caring about what is right so that we can get along, because when ending the fighting is your highest goal, you eliminate any cause for conflict that you can.

When you ask neurotic humans what is wrong with our species, they will answer that we have wars, instead of noticing that we have no direction and are simply spending all of our energy, time, and money redistributing wealth.

Compromise actions like pacifism enable people to feel good because they do not require choosing a goal. One has to only choose what to stop doing, such as having wars, and focus on doing nothing other than what one does otherwise.

No one wants to admit this, but the Cro-Magnons — the group responsible for the Yamnaya, Nordic-Germanics, and ancient Greeks — built the modern world with an intelligence that no other group can match, both analytical and creative.

Humanity will get nowhere without its Cro-Magnons, which is why your average Leftist works to do whatever is possible to eliminate the Cro-Magnons. Having a goal and getting somewhere is the antithesis of peace.

If we decide to explore the stars, decisions will have to be made. Free stuff will be cut. Not everyone will be able to come along. Some will go into space, and the mediocre will be left behind to perish here.

Without the Cro-Magnons we do not get to space. At that point, we simply wait, knowing that someday either UFOs, Sweet Meteors of Death, or a massive plague will take us out. We give up and wait to die.

Without the Cro-Magnons, humanity is toast. It will remain on this planet until it perishes. Most people however want this outcome because it is equal: no one gets ahead of them, and we all face the same fate together.

It is not that our Leftists want Whites and Jews dead; they want intelligence dead. When some possess intelligence, they get ahead of the rest, and this enrages the individuals who form that crowd.

When we see that UFOs are present, and that space travel is possible, including folding space so that one can traverse its distances in less than a lifetime, it raises the bar.

We are no longer the apex predator. Nor are we a rising species. We are a dying species that has wasted its time fighting against our best hope, and now we are likely to perish alone on this rock, finally equal.