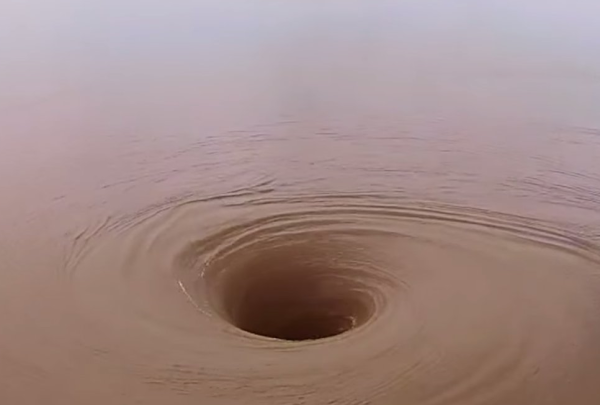 Living in the modern West now resembles a scene from the movie Melancholia: we watch the doom approaching, and the reaction has been to universally go into denial.

“Universally” means that there is zero mention in the controlled media. It means that your friends back away if you talk about it, afraid for themselves. Whole industries exist to explain away the dysfunction, and all politicians get elected by finding something else to blame other than the problem. If you talk, write or make art about the inbound end, no one will acknowledge it in public. We have created the ultimate taboo.

Modern citizens of the West are literally living in a denial bubble, and right now, the people who shout the denial the loudest are the ones profiting. What else is liberalism, with its payouts and subsidies and political correctness, but an admission that society is collapsing from within, and all we can do is adjust to the new failure? They have no long-term plan because they do not believe there is a long-term, so they are just re-arranging the deck chairs on the Titanic by making sure everyone plays well with everyone else, and there are enough meager rations handed out equally to keep the peace.

The reason for this wave of denial is that any solutions we wish to take will destroy the principle upon which, since 1789 at least, our society has been constructed: the equal validity and importance of all individuals. To fix this problem, we need to prioritize some things over others, and that violates the idea that all — and this word has a religious connotation in the West — have a place. Some people will not be able to live in 3,000 square foot houses; not everyone can own their own fast-food restaurant, and not everyone gets a fat government job where they are hired for their race, sex or religion and can be as incompetent as they want. Choices have to be made, hierarchy established and most importantly, a values system upheld, while we have done nothing for the past two-plus centuries but eradicate all of the above.

People go along with this scheme because for the most part, they are unthinking monkeys who do only what is convenient for themselves, which was the reason commercial interests wanted democracy: it would paralyze any clear thinking that stood in the way of reckless financial expansion. The bankers and the proles united, danced in the streets, and murdered anyone with an IQ over 125. The result was third-world style social breakdown, but since the West was riding on the wave of wealth and power created by those over-125s and those who followed them, it has taken two centuries for the West to hit rock bottom.

But now… the West has hit rock bottom. This society is broken and it has been for decades. Daily life here is insufferable because it places fools in power, reduces existence to humiliating and pointless (not to mention tedious) tasks, and slowly distills anything good into a simpler and inferior version of itself. We are in a process of breakdown in which all good things are destroyed and all bad things prosper. Entropy is the condition of having too many options, and it always results in a collapse toward the mean, or a race to the lowest common denominator. That however is an ongoing target which lowers every year. And so the disaster grows bolder and darker in the sky, with all of us doing our best to deny it.

Denial has its appeal. To have been aware of a danger and to have done nothing is to be a bad person; yet that describes most people, which creates a market for people who “explain away” the danger. In addition, denial makes friends, customers, lovers and happy voters. They do not want to hear about the difficult truth. They want soft, sugar-added and deep fried lies. They want some illusion on which to rest their heads. When philosophers of the past said most people were weak, this is what they meant: most people lack the self discipline, moral courage and ability to love required to face hard facts. As disaster approaches, more certain every day, their response is to put their heads back under the blanket, and now many industries are doing a raging good business in selling darker blankets and magazines full of “studies” explaining why spending your life under a blanket is not only scientifically valid, but morally good.

Our current outbreak of political correctness is nothing more than a symptom of this general condition. People are afraid that Noticing, or seeing the holes in the narrative that justifies denial, might occur and so they create mandatory issues for us to discuss instead of any which might lead to Noticing. In the mainstream, this is civil rights; on the underground right, it is a collection of excuses, fantasies and illusions which miss the point. The point is that the West is dying and liberalism is doing it, and that we need to destroy the concept of equality to get back on track. We do not need to do new things, only stop doing the defective and ancient illusory things mandated by 1789.

Perhaps the biggest illusion is that doom will be sudden and violent. We all like that idea because it would make an invisible problem into a visible one where the solution is clear. Riots in the streets! Warfare across the land! Our task would become nice and easy and clear at that point. But that is fantasy. As history shows us time and again, empires do not fall in a conflagration, but collapse to third world status and become useless. The “final” events portrayed by history are long after the empire ceased to become viable, and consist of people it would have brushed aside a century earlier essentially walking in and taking over. The death comes from within first, and this is what people are in denial of. Our future is Brazil, Mexico, and Russia: a walking death of total dysfunction and misery in which anyone with brains escapes or suicides. Eventually someone will destroy that, but it will not be the empire we think we live in — like most people, our perception of reality is a generation or more behind — but the remnants of it.

Our society finds itself buried in silent failure of institutions and an infection it cannot identify. Its institutions fail because they do more of what we consider normal, which is to write rules working around both problems and the obvious solutions that offend the primary goal of equality. Every day, the problems get worse and our response is always the same: write rules, hire bureaucrats, dump money on the problem. It is forbidden to say what is obvious, which is that the entire approach is junk because despite us patching it up for centuries, problems have grown steadily worse. To criticize it would be to criticize equality itself — a philosophy known as “egalitarianism,” which is too long of a word for most modern Western readers — and reveal that equality is the infection. Sexism, racism, classism, homophobia, etc. are all synonyms for “not equal enough.” They just pick increasingly marginalized groups because no one can say no to a victim, since in order to have equality we must lift up the victims at the expense of the victors. That is the pathology gripping the West which conveys us to ruin.

My suggestion to all people who are not so selfish that they cower behind denial is to become the apocalypse. It is in our interests that this empire burn out instead of fade away, because if we can destroy the old West we can erect a new one. Thus it is imperative that we act like the left, but worse: sabotage every institution; create drama at every event; make life miserable for people to wake them up; subvert and impede every public event or standard; your goal is to destroy all of this evil empire and its degenerate systems. Your fellow citizens will not resist the tidal wave but will keep rolling over, congratulating themselves on being open-minded while they destroy the last of a good thing, not realizing that they are in a brief bubble of history where they can be self-important for hastening the end. Gay marriage, anti-white racism, pointless foreign wars, corrupting financial systems, a regulatory nightmare that is essentially a jobs program, and other dysfunctions are merely part of the onrushing third-world state that the West has become.

A sensible goal would be for those who are not infected with the brain-fuzzing delusion brought by the television, politics and socializing with others who are diseased to break away from the dying regime. Secede as states and push back from the epicenter of the dysfunction, which is the big port cities where people make more money through flattery than practicality. They will claim they earn all the money; the truth is that money is “earned” by repackaging the products of the so-called flyover states. They claim they have all the culture, but that “culture” is political obedience. They will claim many things and none of them are real. Without us, they will be forced to finally face the results of their delusional philosophies, and then they collapse faster without us to subsidize them. These people are parasites and those who want any future must get away from them and any nation they control. Their “ideology” enables them to get away with it and scares ordinary people into going along with them. On and on, South of Heaven.

What is falling, push. — Fred Nietzsche

Non-liberals could easily fix the West and set it back on course, but they bicker like marmosets and cluck like chickens instead of doing what they need to do: agree that the enemy is equality and start working against it. This would culminate in a breakaway to let the left die on its own as it is busy doing in Venezuela and Cuba, but first, we need clarity on what the alternative is. Life without equality means social order, hierarchy and social standards. Those are what we want, not a series of intermediate battles that no one can win while the assumption of what is good lies with equality. In order to save ourselves, we must destroy equality, and in order to save the West, we must destroy the West and replace it with a non-egalitarian version. Let those who cannot understand this simple fact perish for being inferior of mind and spirit.

Critiquing racialism | Why this blog will never be popular