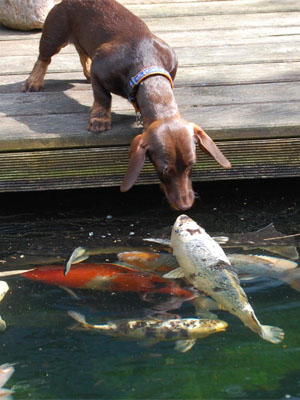 Civilization is synonymous with cooperation.

Without cooperation, no civilization could exist, since whereas one may be civilized, lacking any context of what civilization is, the term itself becomes purely subjective.

Language, for example, is one of those things that has, through familiarity, become so taken for granted, that few attach any thought, consideration, or care to it. Blurt this, jumble that, throw in a few ambiguities, and sprinkle with sarcasm, either intended, or unintended. What do you get? A modern conversation that conveys nothing to anyone, because words have become so cheap, and so unconsidered, that any message, even if there was one to begin with, gets hopelessly lost in the unaware interpretation that accompanies any contemporary exchange of language.

Something overlooked very often by those who consider themselves intelligent, is that language is not mathematics. Mathematics is necessarily very exact, if not exactly exact. Personally, I am hopeless at it, because I exist in a world of metaphors and general inexactitudes. I approximate, whenever I can, and generally remember to mention that this is what I do, so as not to confuse.

For all the good it does me.

I find it refreshing, sometimes, to converse with retards, because their version of communication is so superior to that of the nominally intelligent. The end result of such conversations, being, for the most part, that neither party ends up hating the other, which can rarely be said of conversations between clever characters.

Retards, generally, could be said to cooperate, simply because they somehow seem able to avoid enraging each other. Thus there is a lot to be said for them, and I try to emulate whatever it is they do, whenever I can, since it appears to work so well.

There is an element of mutual supervision in this. They supervise each other. Help each other along, while smiling a lot, as if they actually mean it. And who knows? Maybe they do. I only mention it, because so often, what is generally taken to be a smile, when pasted upon the faces of more ‘normal’ folks, is so often anything but; merely a transparent camouflage from behind which, one may deliver ranged attacks, for no good reason.

I have been, you could say, very blessed in my life, to have had the worst stutter that ever was, for over fifty years. With every word so excruciatingly difficult to deliver, I tended to choose each one with great care, and waste as few as possible.

Now that I am more fluent than the fluent ever were, I discover that it barely helps at all, in terms of being able to communicate. Few listen, few care, few are able to leave the language used intact, without running it through some crazed interpretation process, or other, so that what is received, if anything at all, has absolutely nothing to do with what was originally intended.

Language, you see, depends almost entirely upon cooperation. Without cooperation, communication is simply not possible. And without these two qualities, there can be no civilization. After all, our ability to communicate is really one of the only things that makes us any different from monkeys. And whereas there is nothing inherently lacking in being a monkey, you might not want to entrust vitally important things to one. Like running public transit, upholding the law, or being responsible for nuclear weapons, for example.

I used to refer to this cooperation as goodwill. And certainly, there are elements of that in it. But it is more than simply goodwill. Goodwill is a useful ingredient in the ability to comfortably coexist with others. Whereas cooperation is absolutely indispensable.

How to cooperate? Well, golly, who knows? It has become so rare as to be almost mythical. We know it was once very common, since there still remain visible traces of the unbelievable civilization it gave rise to. But once something becomes so completely lost, it is no easy thing to recover it. So I offer a simple exercise, that while not being the whole answer, may help to lead, by degrees to the whole answer:

Turn off that damned interpretation-machine, STFU and listen. Leave it be and consider what you’ve heard, read, or otherwise been exposed to. Neither agree, nor disagree. Just leave it be, while it percolates, down through the modern sludge that has somehow replaced intelligence. Leave it be, to be whatever it is. That way, you may be able to discern, at some point, what it actually is, as opposed to what you only think it is. That way, if there is something useful, unusual, not formerly taken into account, within it, it may be put to some use, later on.

The main ingredient, here, is insight.

Something doesn’t need to be ‘right’ to contain insight. And insight, gained from whatever source, can sometimes lead to what actually is ‘right’.

It is actually so easy to do this, that it largely gets discounted, as having no value. I find this amusing, while being tragic, at the same time. We are swiftly losing the ability even to cooperate with ourselves, let alone with each other.

Little wonder, then, that things are, currently, the way things are.