The root of our problem 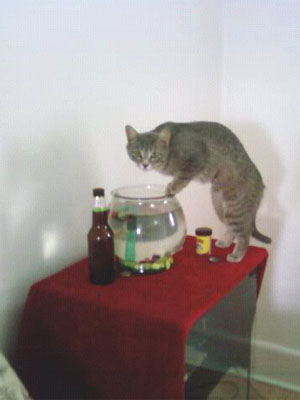 We the people feel the push of a gigantic media empire and a massive public trend — perpetuated by fellow citizens of yours, people like you or me — to conceal the truth about human self-governance. This would seem like a conspiracy theory to say this, except that its advocates do not conceal themselves. They work in the open.

They advance a simple idea:

The question of human governance is decided by the right choice of ideology, institutions, leaders and laws.

They want you to think is that, if there are problems, the solution can be found by looking at the public forces that unite us as a society. They worry about the external things, like institutions and ideologies, that we use to explain our society and convince us to work together.

For example, many of them worry that we demonize some part of reality into an Other, or that we discriminate against majorities. Others look at practical questions: do we have enough police? The right system of government? The right theory for law and economics?

I propose a more radical theory: almost none of this matters, except that some methods are more efficient than others. What matters is the level of self-discipline and clarity of values system of the individual participants in a society.

Let me tell you a brief story about an “accident” in GoiÃ¢nia, Brazil. A hospital changed buildings; a bureaucrat, acting to preserve his interests, prevented them from moving a piece of equipment that used radioactive cesium to the new location. This was probably to gain power, a bribe or to — in classic union style — frustrate business so that more cash flowed to the employees and their bureaucrats.

The hospital, after issuing strong warnings, hired a security guard to watch over the old building. He was doing fine until one day, he decided to call in sick to watch Weekend at Bernie’s. While he was gone, two itinerant thieves/scavengers showed up and stole the piece of equipment that used radioactive cesium. They took it to his home about a half-mile away.

At this point, they decided they’d hit the jackpot and began taking apart the equipment. Despite having dizziness, nausea and vomiting, they persisted, as if driven onward by demonic forces of stupidity. One of them even got a burn in the distinctive shape of the opening in the equipment. Apparently unconcerned, these workers sold the equipment to a scrapyard.

The scrapyard owner saw the object glowing and decided it might be a valuable. He invited over friends and family to play with the strange radioactive blue powder. His wife became ill; the next day, he sold the equipment to another scrapyard. Finally, his wife noticed that everyone around her was ill, and took a sample to a hospital. At that point, the emergency response slowly kicked in.

The point of this story is not that radiation is dangerous or any other simple homily they would teach you at school. It is that without a sense of shared values and goals, people are destructive. They are in fact driven to a stupidity which far exceeds their biological stupidity. It is a moral stupidity. They are driven by a demonic urge to destroy.

If you think about this as a biological metaphor, it makes sense. A population exposed to a sudden source of nutrients will breed out of control, exhaust all nutrients, and choke everything else around it — that’s a red tide, the bloom of red algae that kill whole seashores of fish. A tree growing in a confined space will eventually constrict itself and die.

Human populations thrive when they’re going somewhere. When they’re pointed toward a set of values and the goal is to uphold those and get better at them, for example, humans feel a sense of purpose and thrive. When the only value system is to uphold pluralism or “we are all equal and all do our own thing,” people feel resentful and become self-destructive.

The GoiÃ¢nia story shows people acting more than stupid, and more than morally bad. These are aimless people, self-destructive people, who for a few small rewards — fun glowing stuff, a few bucks in salvage money, notoriety, or watching a movie — will pass on potentially catastrophic consequences to other people and to the environment. Their lack of goal has turned them inward, into a force that like demons knows no bounds, and only seeks to destroy.

It’s not that they just don’t care. This is more pathological than that. It’s that they are raging at their own purposelessness, and in the absence of a positive goal, have found a negative one. They are programmed to destroy. And that, not institutions or choice of laws, is the problem of our modern society.