Conservatives strive for something beyond this world 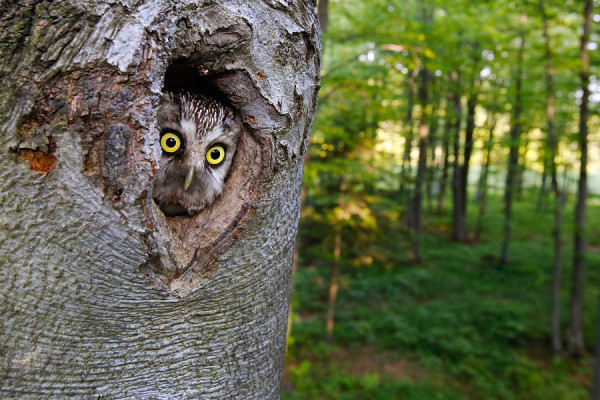 As one in favor of the reality-based narrative, I tend to talk a lot about the necessity of paying attention to reality. This is the basis and beginning of any sane philosophy.

However at the same time it is a mistake to become “pragmatic” in the vernacular sense, meaning one who is oriented toward compromise and accepting the condition of things as they are. This is the opposite of the conservative goal, which is forever rising upward — a radical contrast and opposite to the liberal notion of forward motion as “progress.”

These are more than differences in direction. When leftists say they want to move forward, they are implying that history has a clear linear path from primitive to some ultimate state of civilization that is externally imposed. This is like saying that there is an intrinsic answer to life, and when we discover it, we’ll use government to apply it to everyone. In their view, what we essentially are and were is bad and will be replaced with something better.

Conservatives on the other hand view life as a process of self-refinement, or movement up a hierarchy of behavior. This is analogous to the process of maturation itself. As we become more mature, we move up the latter not to a different type of existence, but toward a better version of our own existence. Like moving up the ladder in ability or competition, we’re becoming better versions of what we always were.

American conservatives have gotten sidetracked by the proxies we use for conservative activity. Reagan fought communists with capitalism and freedom, and made drugs harshly illegal, so we follow that pattern. This isn’t to say that doing so is wrong. It’s just that it is not the essence of conservatism. The essence of conservatism is refinement of the individual by following the path to “the good, the beautiful and the true” which are what T.S. Eliot called “the permanent things.”

This corresponds to moving up the ladder. We know what beauty is in the world, so we strive to cultivate it in ourselves. This can’t be done externally; it has to be done in our souls, and then applied to our animal bodies and inclinations via self-discipline. Then we encode it in culture, and make it into a values system such that we each know how to rise if we are inclined to perceive, understand and apply.

That was the old order. Some are realizing that, for all that it “seemed” unjust and inequitable from a distance, it was actually a maintenance of this standard of moral behavior, self-discipline and steadily rising personal refinement. It was an order based on nobility, like many hereditary orders:

So dominant was WASP culture that some wealthy families who didn’t qualify by lineage attempted to imitate and live the WASP life. The Catholic Kennedys were the most notable example. The Kennedy compound at Hyannis Portâ€”the sailing, the clothes, the touch football played on expansive green lawnsâ€”was pure WASP mimicry, all of it, except that true WASPs were too upstanding to go in for the unscrupulous business dealings of Joseph P. Kennedy Sr. or the feckless philanderings of him and some of his sons.

That the Kennedys did their best to imitate WASP life is perhaps not surprising, for in their exclusion, the Irish may have felt the sting of envy for WASPocracy more than any others. The main literary chroniclers of WASP cultureâ€” F. Scott Fitzgerald, say, or John O’Haraâ€”were Irish. (Both Fitzgerald and O’Hara tried to live their lives on the WASP model.) But the pangs weren’t limited to the Irish alone. To this day, the designer Ralph Lauren (nÃ© Lifshitz) turns out clothes inspired by his notion of the WASP high life, lived on the gracious margins of expensive leisure.

The point of this ancient order was to promote the noble to the top of the stack. What is nobility? Moral rectitude, both in passive (“do the right thing”) and active (“act aggressively to put all in order”) modes. This type of morality consists in giving, as Plato might say, to each as they deserve: good to the good, and bad to the bad. Nobility is not just a behavior, or an outlook, but a character inclination to preserve social order.

As the article linked above illustrates, we have replaced this with meritocracy. Meritocracy is the idea that we can make standardized tests and that the people who do best on those are our new elites. Thus we offer complex educational options that reward spending 50 hours a week studying, and we promote those people to positions where they can take advantage of natural developments in technology and society and profit handsomely from them.

Yet as David Brooks illustrates in his excellent BOBOS in Paradise: The New Upper Class and How They Got There, these new elites are not maintaining social order like the old ones did. They are however profiting and engaging in activities that make them look good and make them feel good about themselves; charity isn’t so much effective for its objects as it is in making us all look good for participating.

As this realization slowly spreads through our society, and tolerance of our new elites and the reckless inequities they have created in the name of ending inequality ebbs, people are turning back the narrative toward the pursuit of beauty:

Somehow our culture has persuaded itself that the naked quest for financial gain, often through the devising and trading, on monstrous amounts of (very low interest) borrowed money, of what Warren Buffett has called instruments of mass destruction, is a more urgent and honorable calling than the passionate pursuit of truth and beauty.

Iâ€™ve tried to suggest that at least a portion of that pursuit can have gratifying economic results. (Plus it will not plunge us into an endless recession!) But thatâ€™s not really the point. The point is truth and beauty, without which our lives will lack grace and meaning and our civilization will be spiritually hollowed out and the historical bottom line will be that future epochs will remember us as a coarse and philistine people who squandered our bottomlessly rich cultural inheritance for short-term and meaningless financial advantage.

If, as Plato suggested, the form or idea of an event must occur before its material counterpart, then for us to understand our future requires we first know what we desire. A good starting point is picking what is equally true in past, present and future, which is that if we want a better life, we must move upward by refining what we have. In other words, we must take the mundane and elevate it to the good, the beautiful and the true.

Plato might argue that this positioning of idea over material is essential because only idea can organize the material into a useful form; the converse, of material organizing itself, is clearly not true. Thus all that is left for us is to decide what sort of idea we desire — forward or upward? — and to organize our thinking toward that end.

The anti-majoritarian crusade of the Left | Midwinter