How ordinary people ruined the West 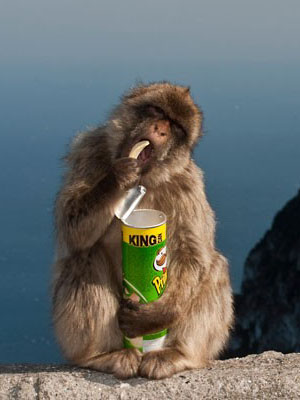 The best ideas are unpopular because their unpopularity means that they are both contrary to the trends of the time, and there’s a threat that they’re correct.

The primary mythos of our time is that of external control, both in the idea that we can control other people (we cannot) and that any misfortunes or fortunes we encounter are the result of external forces acting upon us or through us.

Through theories such as “invisible hand” theories of economics, or belief in the rule of law, we pretend that nothing an individual does in his own sphere of influence has any impact on others. They are separated in our compartmentalized minds.

In contrast, a sensible exploration reveals what we are afraid to see: our fortunes are made by the choices of individuals, especially when enough gather around a popular choice to make it snowball into a mob situation.

Even more intense is the problem of plurality, in which whatever appeals to the broadest group possible drowns out everything else. The profit is simply easier with the broadest group, and as a result, there is no incentive to provide for the others.

Because human beings compete for individual status when there is no other plan or goal, and because then “keeping up with the Joneses” includes both imitating successes and hiding errors, society turns on itself by chasing trends.

In theory, it would be A because it’s the better deal. However, as soon as one person buys B, a trend exists, and suddenly B is most of what is being sold. In order to capture the new stream of money, the maker of A may even switch to making B-like models.

The gnarly part is that once the consumers who bought B notice that it’s starting to break down, they don’t admit that something went wrong. Instead, they defend their position, and make excuses for B while demonizing A.

Within a few years, no consumer can get A at a reasonable price. They are all forced to use B if they want a refrigerator. Since 95% of the consumers cannot tell the difference, there’s no market for bringing A back.

It is true that in the world of hand-made leather-lined luxury refrigerators, someone makes a version of A that’s guaranteed for 75 years, but it costs more than a car. For all practical purposes, the society has rejected A — the better option — in favor of B.

There’s a saying that every society gets the government it deserves. This is also true of products and social climate. When the number of selfish, short-sighted and reality-denying people — these go together, usually a product of bad parenting — rises to a certain point, say more than a fifth of the people, the society begins its downward plunge.

At that point, the same forces that once made the society great are now working against it. People act in their own self-interest, at the expense of others. Large corporations are driven by the shareholders who possess their stock and want more profit; government is driven bankrupt by the demands of voters who want more services.

When all of this shakes out, the crowd of people will together get defensive. They will not admit their own wrongdoing, but will blame those to whom they delegated the wrongdoing, namely corporations and government. And then the people will retreat, telling themselves that all along a great conspiracy kept them from being “free.”

The mundanity of evil is a stark thing to behold. Where we expected complexity and intent, there is only a circular march toward unrealistic and nonexistent goals, leading to a disintegration of the marchers.