Conservatives Embrace The Need For Meaning 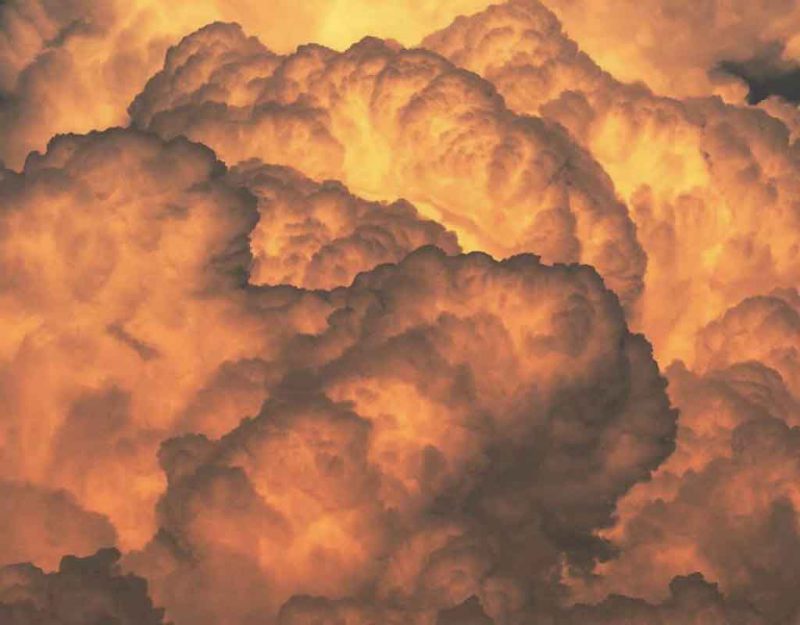 Life presents a challenge: one either accepts it — looking at the whole of the pattern order before us and finding meaning (this requires descending below personality into the inner self, a murky area found in dreams and imagination) — or one tries to find something tangible to fill the void.

Tangible things come in several forms. In addition to the normal meaning, which refers to things you can sense in physical space in the moment, symbols offer a type of tangibility based in how our brain works with categories.

A symbol, by representing the unruly complexity of a large group of items, unites them on the fact that they have one attribute in common and uses this to limit the possibilities of their other attributes as they interact with a complicated world. We cannot predict chaos, and symbols give us what feels like power over it.

Symbols create a world in our heads where human intention triumphs over the unpredictability, ambiguity, and risk found in nature. In this world, we may not win in physical reality, but we can claim that we were right in a “purer” sense.

However, our big brains fool us here. The power of the symbol comes from its deviation from reality, not its acceptance of it. For this reason, symbolic thinking tends toward the fatalistic and artificial, in which humans compensate for what they fear in reality by sealing it behind categories of our invention, much as we bulldoze forests, pave the earth, and then live in sealed glass, metal, wood, and stone buildings where air conditioning and heat remove the variability of nature.

Even more, symbols give us power through the union of the group with the individual. When our symbols appeal to others, we feel understood, and in that group unison, we form a little human world which throws back the darkness of nature and asserts a life of ourselves.

In the primordial caves, early humans gathered by the fire while dangerous creatures howled in the night and storms bashed the trees, telling each other than they would survive based on the power and purity of symbol. This separated them from actual religious experience, which consists of acceptance and a willingness to interact with the world to do what makes the best of it shine through.

Humans gesture with their talismans, superstitions, statistics, political correctness, homilies, and best wishes, but these are merely forms of rationalization. Instead of accepting what power we have, we reject the world on our own authority, and take refuge in the symbol we confuse with goodness, or the state of having made the best of everything in the image of the pattern order of the world.

Conservatism, which we can formulate as realism plus a transcendental understanding of the order of our world, rejects the symbolic. We do not have One Big Idea — like equality or a totem god — to unite us. Instead, we have a notion that the world is orderly and we can find beauty in it.

Across five studies, conservatives reported greater meaning and purpose in life than liberals at each reporting period. This finding remained significant after adjusting for religiosity and was usually stronger than the relationships involving other well-being measures. Finally, meaning in life was more closely related to social conservatism than economic conservatism.

For those who are conservative, the idea of being realistic and finding beauty in life through its order appeals more than any other method. This leads not to fanaticism, but to conservatism being wired deeply into their personalities as a means of parsing the world and how to act in it.

Social conservatism demonstrates this power. A social conservative recognizes that some ways of life turn out well in every situation, and this assesses “well” not as a minimum, but a maximization of potential. All possibilities are united into a practical ideal with this method.

If anything, this study suggests that Leftism makes people miserable beneath the surface. They have symbolism — the universal and absolute messianic ideal of Equality — but this does not bring meaning to life, since it consists of rejection of life.

Conservatism does not offer the tangible. It gives us a few principles and an ongoing extensive debate about the order of nature, keeping this mostly in metaphorical language because precise knowledge of these patterns is likely impossible.

That may be of little comfort to someone huddled in a cave while wolves cry and bears roar. However, it keeps them mentally alert and interacting with the world, so that if a wolf or bear arrives, they can do whatever is necessary to survive.

We cannot make every part of life beautiful. Instead we can point out the beauty of the whole, and renew in us a desire to not just survive, but to find greatness in existence, and through that awe and reverence, come to inhabit our own lives and feel fully alive.
c