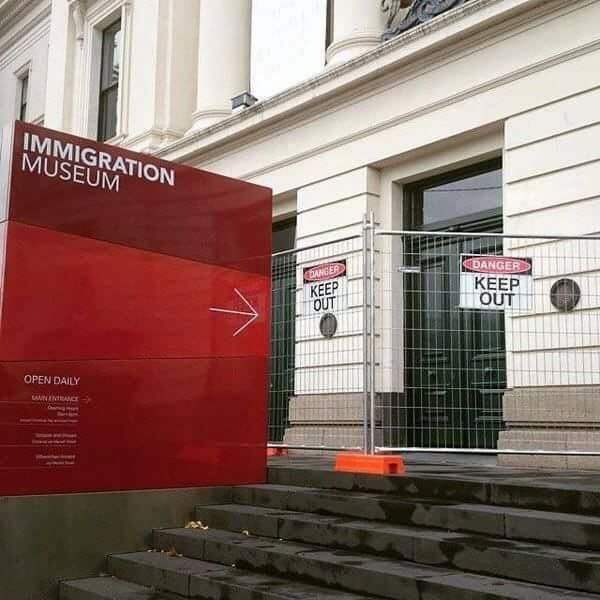 Conservatives are those who conserve, and because not all actions turn out as well, they conserve the best of what is offered. This is the opposite of a utilitarian standard: instead of whatever is “okay” by the lowest common denominator in a large herd, they choose what is best, even if most people are not clear in their understanding of that.

This is why miscegenation is death, as Jared Taylor notes:

There is one argument for anti-miscegenation laws that is stronger now than ever. Whites used to have eight or ten children, but now they are not even replacing themselves, and every out-marriage is a tiny step towards extinction.

…But why preserve a white majority? Is it not because whites have a legitimate yearning for societies that reflect their own nature and culture, and that only whites can build such societies? If, in every generation, 9 percent of whites are contributing to their own demographic dispossession, that alone will ensure that they eventually disappear.

And what about the victims of miscegenation whom Derbyshire himself writes about: the Chinese men who wanted to attack him when they saw him with a Chinese woman, and the black women who hate it when black men chase white women? (Derbyshire leaves out other combinations but they can produce resentments that are just as strong.)

Racial-sexual loyalty is a powerful emotion. Should we just ignore it?

Racial, and more importantly ethnic, loyalty is powerful because it protects something powerful: traits are not just heritable, but genes cluster together in groups to produce those traits, and so when miscegenation — mixing of races and ethnic groups — occurs, not only are some traits lost, but the overall makeup of the ethnic group, like a network of traits, is lost too.

When Germans are 1/4 Korean, they are no longer Germans. They are something new. In the same way, if Germany because 1/4 Polish or Irish, Germans would no longer be Germans, with the same habits and abilities of Germans, but something new that has through a process of genocide replaced the Germans.

Seen through sane eyes, avoiding miscegenation is how a population maintains its health, along with other breeding habits that we have denied because the individualists among us want to believe that what matters is what they intend, not who they are. As Billy Roper writes, ethnic preservation cannot be separated from other healthy breeding practices:

People understood that eugenics, or purposeful, conscious and selective breeding, is just as real for two legged animals as it is for any other variety. They strove for quality in their offspring, which meant that they strove for quality in their mates, whether they were selecting breeding partners for themselves, or as was often the case traditionally, for their children. Not any more, of course. People drag around their accidents of birth like proud badges of martyrdom, forcing them on everyone else, eliciting painfully awkward, nervous grins and tolerance. Or else. Hell, most of you probably think Iâ€™m the worldâ€™s biggest jerk already, for not wanting to group slobber hug the cast from â€˜The Ringerâ€™, which is a funny movie, by the way. Hold on, I get worse.

When people no longer care about the genetic quality of their offspring, when they actively deny that genetic inheritance plays a significant role in intelligence, personality, temperament, and jump shots, they get just what they deserve. When they fail to see that inherited psychological and cognitive characteristics cluster in racial groups, and pretend that â€œloveâ€ is blind to color and really all that matters is a personâ€™s heart, Kumbaya, then they get what they pay for.

Not only did Americaâ€™s Founding Fathers make it illegal for nonWhites to become citizens of the United States, they also made it illegal for different races to intermarry. A lot of people donâ€™t know that until very recently, those laws were still on the books, too. Anti-miscegenation laws were a part of American law in some States since before the United States was established and remained so until ruled unConstitutional in 1967.

Why would someone care about the genetic health of their offspring, the level of pollution in their rivers, the future of their civilization, or the presence of great art, symphonies and novels? After all, we will all be dead relatively soon, and what happens after that is not directly relevant to us. However, that is not quite the full story either.

We find meaning in life through connection to things larger than us. These can be material things or spiritual things, but either way, by connecting to the world beyond ourselves, we have discovered beauty and importance to life. We cannot make life important on the basis of ourselves as individuals, because we are pursuing tiny pleasures, miniscule powers and transient wealth. We can however discover what is great in life and, through it, find what we value in ourselves.

That drive to virtue is the basis of dislike of miscegenation. It is beautiful that our people have existed for millennia, upholding their values and unique abilities, and conquering many obstacles in order to create great civilizations. It is amazing that all of us, no matter how small, can have a role in that if we choose to do so.

But, in order to do that, we must overcome our egos. This is what is meant by the idea from Toynbee that great civilizations are not killed, but commit suicide, when we pair that idea with another from Plato, which is that in order to know what is true, we must first want to be virtuous and take our place in a complex order where we each have a unique role, but we are not all the same, either as equal individuals or one mass hive-mind.

The ancient Greeks knew that hubris was the death of a civilization. Once people see themselves as more important than any external order — nature, logic, civilization, morality, or religion — they begin to act like squabbling monkeys, fighting over personal importance and temporary issues. The goal is forgotten, and the possibility of anything great is foreclosed.

You can see this individualistic outlook in some recent entertaining Communist propaganda from The New York Times:

Having lived her first 43 years under Communism, she often complained that the new free market hindered Bulgariansâ€™ ability to develop healthy amorous relationships.

â€œSure, some things were bad during that time, but my life was full of romance,â€ she said. â€œAfter my divorce, I had my job and my salary, and I didnâ€™t need a man to support me. I could do as I pleased.â€

Ms. Durcheva was a single mother for many years, but she insisted that her life before 1989 was more gratifying than the stressful existence of her daughter, who was born in the late 1970s.

â€œAll she does is work and work,â€ Ms. Durcheva told me in 2013, â€œand when she comes home at night she is too tired to be with her husband. But it doesnâ€™t matter, because he is tired, too. They sit together in front of the television like zombies. When I was her age, we had much more fun.â€

Nevermind that the actual topic of this article is that people in “free” societies work too much. You can also ignore the fact that Communism failed to produce much of anything consistently, where the West built a great industry. The answer is somewhere in the middle, perhaps a capitalist state without any government entitlements or benefits, so that people could work less and have enough. But the real point is that Ms. Durcheva was proud of her days when she did not need a man to support her and could do whatever she wanted.

Whatever she wanted. That is the face of individualism: do not do what is right, or what is meaningful, but what you, the raging ego, decide that you want. Notice that there is no discussion of whether this activity was productive or filled her soul with joy. She was a king in her own little sphere, with her job where she was important and a personal life where she could be free from commitment. Life became not an activity with purpose, but a series of sensations, all dedicated to the individual. That is why we call hubris “individualism” now.

The New York Times only wants to draw more women to Leftism with the promise of being able to do whatever they want. It is the call of manipulation because every human responds to it: the idea that they do not need to struggle for meaning or sanity in life, but can become entirely self-sufficient, separate from nature and the logical results of their actions. They are in control, and no one can make them live up to standards, be good, or even be useful. It is all about the ego, which is both a warm feeling and an infinite abyss.

We face the same problem in explaining why miscegenation is destructive. Why care about anything but the self, my beautiful self? Even if that portends the death of meaning, people do not seek meaning because they do not understand it. When it is there, they appreciate it, but when it is not, they settle for egomania and hollow, simple pleasures.

Avoiding miscegenation is part of a path to meaning. Some of us naturally connect to something larger than ourselves; we are the producers and the civilization-builders. Others do not, and will pretend they are not miserable by rationalizing how much of “muh freedom” and independence they have. But in the end, that is a path to emptiness and death, even if the body lives on.