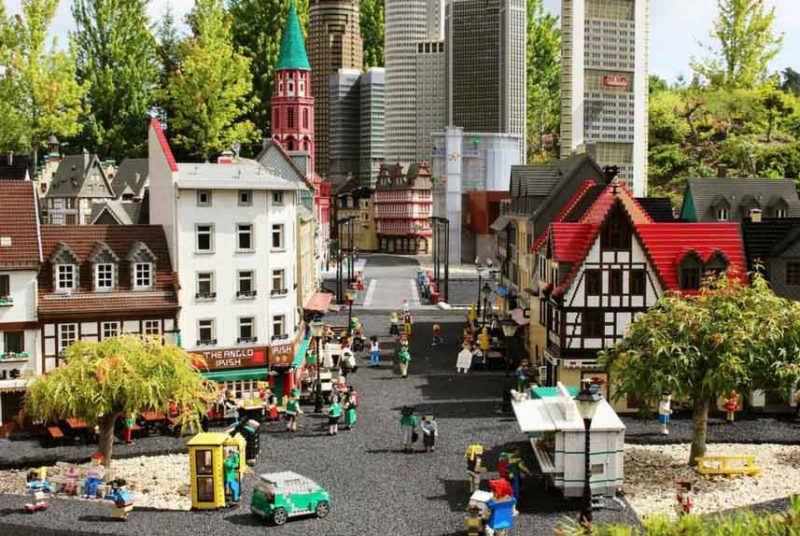 “World Building” is generally just a high falutin’ way of saying “setting the stage.” Your characters need somewhere to interact, and whether it’s a dark cave (very easy to write) or in a SF/Fantasy environment that involves higher dimension (not so easy), you’ve got to give the reader enough that they think they are seeing what they’re supposed to. Sometimes, they’re really seeing something rather different, but if they are able to stay immersed in — and enjoy — the story, you’re doing fine. It’s when you scale up from the cave or wormhole and find yourself making entire communities if not civilizations, that you’re now involved in real World Building. As I don’t want this to run long, allow me to paint with some seriously broad brushes.

If you are going to set your story in the past, you’ve your work cut out for you: especially in the age of social media, you get so much as the pattern on a kilt wrong or put a flintlock in a wheel-lock era, someone will call you on it. So: research. As long as it seems you’ve really done your homework, only the most dysfunctional PhD under the highway overpass using stray wifi from the nearby Dunkin’ Donuts will send you angry mail, and no one else will care. But, have your main character look out from the city walls of 13th Century Liegnitz at the Huns instead of the Mongols, and you’ve lost.

I’ve only made an outline and some simple dialog about a story set in three past times, Gilgamesh’s Ur, Caesar’s consulship, and 18th Century Scotland. My ratio of pages read to pages written were over 100:1, and, to-date, I’ve not completed that project.

An example of great world building in the past is Colleen McCullough’s “Masters of Rome” series: a world that spans over eighty years in seven very large books. It’s a period we know quite a bit about, but she brings it vividly to life.

First of all, who’s present? I’m over fifty, so Apollo 11 is part of my present: I watched it with my own 2 1/2 year old eyes. But to my fourteen-year-old daughter, I may as well be talking about flappers and Prohibition. Any reference to culture or news will make your book dated the moment you publish it. I recall in my late 20s reading the first book of Zelazny’s Amber series, published in 1970. Everybody smoked cigarettes! Even though that was within “my present,” it was a slog to get over that suspension of disbelief. The only time I’ve written a story set in “the present” was my visual novel OTChi Kocchi and even then, I ducked the issues: as a visual novel, I didn’t have to describe the scenes, the reader looks at them. Further, by setting the story in Japan, the reader will allow what they think are temporal incongruities are just a matter of cultural differences. Yes: I’m sneaky and lazy. Wait until you are old.

I’d suggest keeping it vague: mention no dates, avoid linking your action to current events (unless, of course, that’s the point of your story), and keep your descriptions “vanilla”: a man’s business suit, for example, has changed very little over the last century, so saying “…his gray suit…” is fine in a way that “…his polyester bell-bottoms…” is not. Consider: anyone under thirty doesn’t know what the first line from Neuromancer means.

“In making future worlds, you’re obliged to talk in universals or else you’re not saying anything” ~ Larry Niven (paraphrased from my memory). There are basically two futures: working and broken (that is a better model than utopian and dystopian). Working futures can be a challenge in their own right. As that quote from Niven indicates, you have to make the reader understand the world you are trying to create in their mind. That may take time and description; not by you, lecturing, but by your characters talking. He slowly and over time built up Known Space, one short story after another, finally breaking out with Ringworld.

Broken futures might just be the easiest to write. You can use both technology and the primitive (think “Firefly,” with the spaceship Serenity transporting cattle) and no one can call you out on getting hardware or culture wrong. Now, if you make more than one story in that new place, those better be internally consistent or your audience just walked.

Broken futures can allow you to really get the most out of your characters as your R&D drops to days rather than weeks.

Are generally mules, but mules can be obstinate. Steampunk, for example. It’s our past, but an alternate past with an almost recognizable culture and technology we can almost relate to. I have great regard for Steampunk and have written a 13-part script for a graphic novel (artistsâ€¦? anyoneâ€¦?) in such a world, but consider it a very visual genre, best suited for visual/graphic novels, animations (to a degree) and live action big/small screen productions. Given the number of successful SP novels, I’m obviously alone in that opinion!

Another hybrid is Near Future, where lazy, middle-aged people end up — ahem excuse me! This hybrid allows an author to make use of the world we see about us and add just a small handful of elements that make it different: zombies, aliens, AIs…. Your reader finds themselves in a comfortable space: roads, buildings, place names are all recognizable. But.

But after the Breakup, Seattle went cannibal, sending tens of thousands of flesh-eating fanatics against Portland and Vancouver. After the Breakup, the Black Muslim Brotherhood holds the last bridge over the Mississippi, in St. Louis, extorting a crippling tax to use it, which includes the sacrifice of Whites and Asians. After the Breakup, the nascent Republic of Texas, against the will of its citizens, became dependent on the actions of ExComm, a political terror organization, modeled on the Checka, to stay intact.

See how easy that is? Places everyone either knows or can look up on a map coupled with a first-order deviation from the immediately familiar. Add cute robots and publish your novel.

An important point of world building for both writer and reader is familiarity: both are returning to something that, to a degree, they know. Sure, the setting, local politics, and characters can be very different: Lily and Ai in Waxahatchie, Texas are not Gil and Nichole in Portland, Oregon, but a reader of my world of Machine Civilization will know the ground rules — a broken United States and artificial intelligences. Similar when I pick up a book from Jerry Pournelle’s Co-Dominium series: a US-Russia alliance, early off-planet colonization, and mercenaries, were a given. Already familiar with his world, I could focus and the characters and their story.

Many writers, I know, will stay with the same kind of story, but the world and people will be different every time. Good for them. Again, I’m old and lazy, so whether reading or writing, I’m content to return to the well that I know has sweet water.