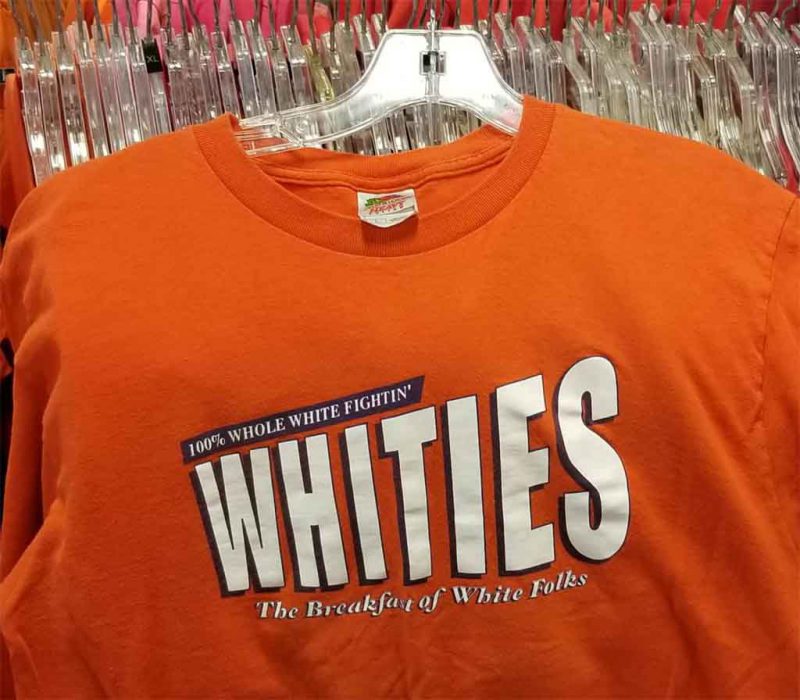 Leftists specialize in using social control methods to change the behavior of groups. Control limits the methods that people can use, which in turn influences their thinking as they are forced to choose from the “acceptable” options that remain; social control uses peer pressure to convince people to abandon certain methods and adopt others, re-programming their minds.

As part of this social control, Leftists like to confuse morality (doing what is right or good) with what is sociable (accepted by the peer pressure group) and ideology, or the set of ideas that they feel comfortable with you endorsing. They pursue control because their belief system is both messianic and conjectural, so any contrary examples debunk its self-assumption of moral authority.

To that end, Leftists like to categorize anything other than Leftism as arcane, unscientific, immoral, unsociable, mentally unhealthy, or politically impractical to the point of being impossible. They do this so that they can drive people away from anything thinking except Leftism, which creates a self-confirming loop which seems to assert Leftism as the only option.

We can see this kind of propaganda in action in a letter written by the editors of a Charlottesville newspaper:

The beliefs espoused by Kessler and his co-plaintiffs — which constantly seeks justice for its self-proclaimed victimhood — is predicated on the victimization of others.

After gaining considerable media attention during the 2016 presidential election, the “alt-right” has become an umbrella term for anti-Semitic, misogynistic, homophobic, neo-Confederate and white nationalist organizations across the country.

Kessler’s racist beliefs are fundamentally based on the idea that the suppression of the many is necessary for the supremacy of the few.

As a community, we must do everything in our power to fight against the politics of fear and hate that fuel white nationalism.

The above uses selective excerpts to illustrate the point they are making: the alt-right is unsociable, therefore morally bad because popularity is our only god, and therefore, it is politically unacceptable and must be eliminated. If the alt-right is allowed to argue for its right to exist and express itself, the rest of us are oppressed.

Never mind the fact that the alt-right argues for an end to diversity, in which there are convenient ranks of people based on political criteria, in favor of nationalism, where mono-ethnic societies exist not as a supremacist ideal but as a separation so that each tribe might thrive and choose its own future.

We all know that this is not “fear,” “hate,” “racism,” “misogyny,” “suppression,” and “anti-Semitism.” That is the point: these editors want to control us by forcing us to repeat what we know is not true, because that way we become committed to the lies that support the illusion we have just been compelled to buy into.

Addressing this obliquely, I responded with a letter subverting their point of view:

I read your recent editorial with interest and then disgust as you chose to pass off political judgment as moral fact.

The Alt Right consists of those of us who realize that equality has failed as a social order. We want hierarchy, including that of tribes, which means that nationalism — one ethnic group per nation — must return.

Other than that, the Alt Right is a varied group. If extremists are among us, it is because people like yourselves have driven them there and radicalized them by refusing to hear their point of view. Frustrated, they become more extreme, and that attracts antisocial types like Robert Bowers and Dylann Roof, who we would prefer stayed home and got into “Magic: The Gathering” instead.

We stand at a nodal point of history. Democracy, pluralism, equality, universalism, and utilitarianism — ideas related by The Enlightenment™-era notion of the human individual being more important than its context, inner traits including genetics, and a social or metaphysical order which addresses more than individual desires, judgments, and feelings — have had a nice long run for several centuries, but the are collapsing as societies wracked by existential despair, ecocide, ugly architecture, conformism, McJobs, racial animus, corruption, debt, and internal special interest group driven conflicts find themselves reaching the point of being untenable.

Future historians, if any exist, will see the twenty-first century as the age in which these illusions collapsed. Humanity will leave behind the society based on the individual alone, and move toward an understanding of civilization as an organic entity or ecosystem in which the individual serves a role but is not the sole purpose of that arrangement.

Please consider having more of an open mind in future writings.

As Leftism implodes, it makes sense to reconquer the moral and social spheres by pointing out that our individualistic age has in fact made people miserable. In turn, it means that we cannot blanket demonize options to it, but must instead look with an open mind.

These editors are creatures of the past, dedicated to upholding an ideology that has now expired of self-contradiction, in the expectation that they can use “but everyone agrees” as an argument and through that, shape us all into agreeing or at least not publicly dissenting with their agenda.

In reality, we are seeing that the theory behind certain ideologies does not work well when applied to reality and, despite it making a lot of people very rich by encouraging uncontrolled growth, it has ultimately led us on a path to self-destruction. This is why the Alt-Right and other movements have arisen, not because of “hate” and “fear.”