Confronting The Law Of Attraction In Civilization 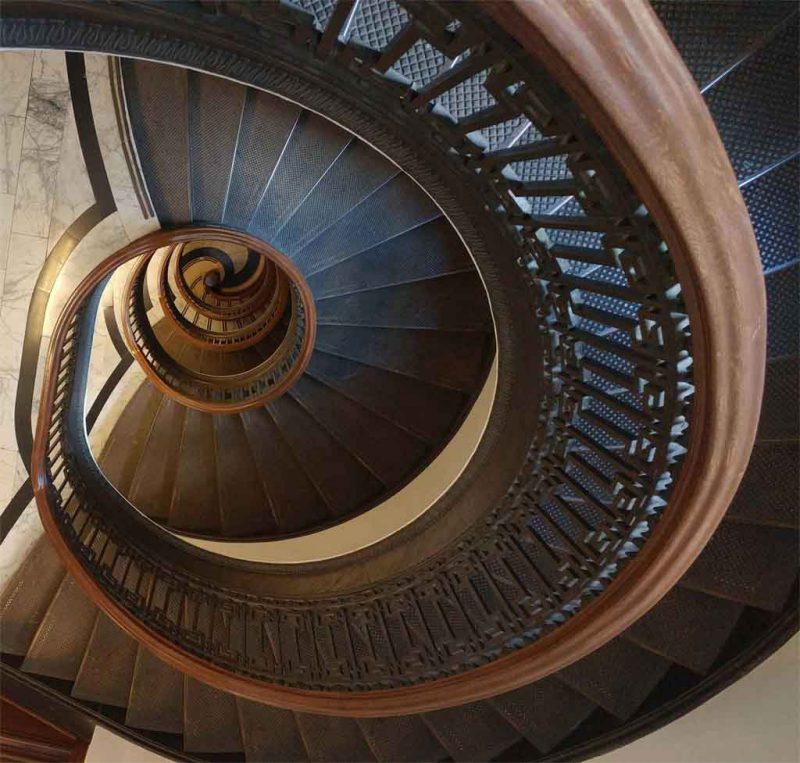 When looking for similar patterns across cultures, we can take one of two approaches. The Leftist looks for enough surface similarities to declare, “See, we are all one! All cultures are the same!” and then go off on some rant about equality and unity and workers of the world uniting.

Others, like myself, are simply interested in things that are discovered time and again, and this has both the horizontal dimension of different cultures and the vertical dimension of who did the discovery in our own culture. Add to that the curve of time and we can see how healthy people across eras always find their way to the same ideas.

In other words, our approach is not to try to show that all people see the same thing, but that they see some of the same things, meaning that those are likely more true than the stuff specific to any one group. It is saying that there is no universal truth because people do not limit their understanding to these things alone.

In fact, we cannot say there is universal truth at all, because truth like data does not technically exist. It can be expressed through a medium, but that requires both parties to have near-identical understanding of the tokens used, which never occurs.

In the same way, data does not exist. You can have data on your hard drive, but if the hard drive gets toasted in a drone strike, the data is gone. You can transmit that data, but only if someone else can translate the encoding of pulses and silences into numbers and then letters and finally, more complex data types.

Once we leave behind universalism, or the idea that there is a human world in which our consensus determines what is real, we can move on to realism, where we see that while truth does not exist and reality is unequally perceived, at the same time reality does not change for different individuals. Reality is the constant; we are the chaos.

We can locate several principles in reality. One that has showed up here before is known to all religions and is referred to as the Law of Attraction, which states that whatever you concentrate on will come to you. The Christians call this concentration prayer, the Buddhists meditation, and pagans saw it as a waking dream; these are the same.

It applies to both individuals and civilizations. An individual who, instead of thinking about how bad life is to them, focuses on what they can achieve and visualizes this in their inner being, will find it happen to the degree that it is appropriate. A serf cannot become a king, after all, nor a king a serf.

Civilizations that dream big tend to have big results. Part of this occurs through 100% non-mystical means such as simply having concentrated on the issue enough to understand it in depth, something that most people never do on most issues, so those groups that do tend to leapfrog the rest.

Some of it however brings us back to the seeming fact that a logical structure underpins the universe at a lower level than the visual or material. Golden means, bell curves, fibonacci sequences, sacred geometries… all of these appear repeatedly because they are the data structures of the universe itself.

With these combined mystical and non-mystical effects, the Law of Attraction determines a great deal of the fate of civilizations. Those that aspire toward something which rises above what they have been, yet is consistent with what they are, will find themselves growing; those who do not remain at a lower level of order.

For a civilization to take advantage of the Law of Attraction, it must have aspirational rather than backward-looking goals. It must always be concerned with what it next intends to be, instead of looking at what it is already, and trying to figure out how to “manage” or “administrate” that.

An ascendant civilization wants continuity with its past, which keeps its goals realistic, and yet to strive to be the best that it can be. It does not want to be another civilization, only an improved version of itself, much as we as individuals try to “grow” in our personal lives and abilities.

Having a goal does one powerful thing: it sticks everyone in some position in an order which is designed to achieve the goal. That means that all of us, like in the military or business, take ranks and roles, and are granted privileges by our fulfillment of those roles, not out of the gate as with human rights or civil rights.

In an ascendant civilization, you no longer have the clash between profit motive and duty to the majority. A doctor, for example, sees his position within the order as more important than his profit; he can always make more money by working more hours, but if he harms or rips off a patient, he becomes less valued to the order and thus the group.

People in private lives also see changes. Instead of looking for ways to spend their time, meaning distract themselves so that the passing hours are pleasant, they look for ways to expend their time in exchange for some result that is meaningful: they seek to prepare for what they are attracting.

This does not mean they do not have private time, loafing time, or goofing off. Laziness is as important as diligence. However, it means that the entire mindset with which they approach time has changed. They seek to form part of this order larger than themselves, and will benefit from it, so time is no longer a burden but an opportunity.

The essence of the West can be found in this aspirational outlook. We sought not sinecure and saving face as in Asia, nor prestige and wealth as in the middle east, but looked toward making ourselves excellent and designing our society to be the best imitation of the heavens on Earth that is possible for mortals.

It contrasts the third world mentality, which is worse than animal, which is backward-looking because it focuses on what is right there in front of us and how to divide it up. It is obsessive and self-destructive like most unchecked human desires, and leads away from producing future wealth and goodness into a penurious hoarding mentality.

As we embark on our quest to isolate, liberate, protect, and then nurture Western Civilization into rebirth, we do well to remember that this quest begins within as we condition our minds and souls to connect with what we desire. The Law of Attraction will guide us to greatness if we just work with it.