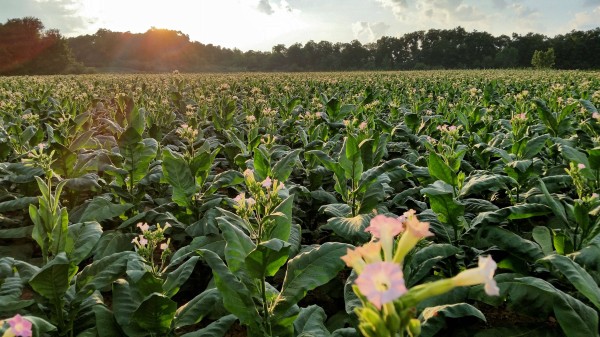 As you sit down to your Thanksgiving dinner, you will be full of thoughts of what you are thankful for. The most important ones you will not mention because they are invisible to you. You cannot see them because you enjoy them every day.

First on this list might be stability of your civilization, unlike every other human civilization which like Italian cars and German soap operas seem to be non-stop screw-ups from the start. Most people live in disorder, filth, corruption and incompetence. We here in the West do not, although the gap has narrowed over the past few decades, and not by the acts of others.

What got us this way are two things generally considered opposites: capitalism and collectivism. Both have been replaced by modern, inferior variants that are useful to our society only because they do not offend our leftist ideology.

Capitalism in its raw form is the idea that economic decisions should be made by those who will face the consequences for them. In other words, a bakery must make the choices that determine if it lives or dies, and citizens must make their own spending choices and thrive or flail accordingly. Keep in mind that despite those radical opposites, most of us fall somewhere in the middle.

Collectivism, in its original form, meant that we understood ourselves as a society and kept its interests front and center. That meant that we took care of people who helped that society, in accord with Plato’s “good to the good, bad to the bad”: people who do good should be rewarded, and people who do bad should be driven away. It is natural selection in its social form.

These two offended leftists, naturally, because leftism is based on a single idea: “I deserve to be included for society no matter how little I contribute or how delusional I am.” It is freedom not to be accountable to reality. That is why it is eternally popular; accountability to reality determines who thrives and flails, and so it is not a popular reminder among humans. Using social control, which is peer pressure plus the assumption of goodness, they can banish reality and replace it with equality.

(That summarizes leftism from nose to nethers as far as its essential ideas; it is subsequently draped in layers of theory, studies, facts/interpretations, emotions, etc. that are mostly gibberish and always taken out of context. If you see a leftist, watch their hands instead of listening to them speak. They are most likely lifting your wallet.).

Both capitalism and collectivism have now come to mean something else through the transformative powers of leftist ideology. If our society has one disease, it is the use of a broad and simple idea to replace all other ideas, and in this case, liberal egalitarianism has replaced the original meaning of these terms.

Traditional society liked capitalism because it was efficient. Capitalism has never existed without restrictions because, before modernity replaced the idea of having a goal as a civilization with the notion that civilization existed solely as a means of empowering the individual to be a precious snowflake, capitalism was always subordinate to goals, values, social standards and practical demands. There were also legal restrictions placed on it, usually to protect the consumer but just as often, to prevent the boom/bust cycle where something makes a lot of money so everyone does it, neglects everything else and in the process bankrupts themselves. Crazes, trends and fads are as destruction in markets as they are in society itself, and just as vapid.

But the traditionalists had a different approach to regulating it. Instead of writing a million laws, they allowed organic forces — culture, religion, superior individuals, and social standards — to regulate demand instead of supply. Where moderns tell businesses what they can manufacture, the traditionalists tuned in their people to certain ideas of what is good, and regulated products through that. As a result, things were built to last, more elegant and often far more effective than their modern variants.

In the same way, collectivism has been spoofed. Once it meant that we were all in it together working for the same goal, so anyone who was trying to do that was welcome. This offends the leftist idea of universal inclusion, which has its roots in individualism: the individual wants to always be included, so he desires the removal of any restrictions on who is included so that he always makes the list. After leftism, collectivism means that we all work and throw money into the pot to support everyone else, no matter how useless they are — or how much we dislike them.

A healthy society needs both of these forces. A civilization cannot exist by economics alone, and by making the choice to use solely an economic system — capitalism or socialism — the society signals to its people that it will not have a values system, competent leadership or purpose, which turns people into miserable drips who feel correctly that their lives are without meaning. A society cannot exist without some sense of guidance, direction, and purpose, which is why traditional collectivism is needed and not its modern variety, which obliterates all of those with a single guilt-ridden imperative to be uncritical, non-discriminatory and in other words oblivious in choice of the people surrounding you.

While I admire the French New Right, I find their continued embrace of socialism to be problematic. Once you create benefits, you create an all-powerful state to enforce them, and you destroy the idea of regulating inclusion by who is useful. No society with standards that low can exist, and it imposes on people an immoral duty to spend their time, which translates into money, supporting those who they would not otherwise support. For this reason, socialism is the great evil that destroys societies and rightists should never support it. Under socialism your entire society becomes contorted to fund the bennies and justify them, even at the expense of society itself.

By the same token, I find the reliance on absolute capitalism as a motivator to be unworkable, which is why I am not a libertarian. Libertarianism always shifts leftward because it is based in the egalitarian idea of “Everyone do what they want, and the best will magically rise to the top.” This is far from true, as any look at the most popular movies, music, art and novels will show us. Instead, pure capitalist societies are a race to the lowest common denominator and, like socialism, they replace the idea of a purpose to the civilization with the idea of it facilitating individuals. This is also bad.

I have said in the past that if people were to look more deeply into mainstream conservatism, they would find a way of life more radical than their ideologies and economic systems could ever be. That is because the roots of mainstream conservatism — now buried under layers of lies by 75% leftist “neoconservatives” and “libertarians” — are extremely radical. In that view, most people are scatty little monkeys who will if the whip is not cracked simply engage in every venal behavior possible. No matter what economic or political system we use, the truth of humanity remains and never changes, so we must first look toward producing healthy individuals. That requires the opposite direction from egalitarianism and infuriates liberals, but it explains why conservatism is less formalized.

The idea from which conservatism arises is traditionalism, which has been around in many forms over the ages. It is basically thus: over the centuries, we have found some things that work and some that do not. These do not take the form of ideology, but of knowing our world and its logic, so instead of being individualists, we submit to natural order and find our place in that. Then we are known by how well we rise to that challenge and what it reveals of our moral character, which is the most important part of an individual. By applying this rigorously, we can breed ourselves into a better class of people and make a civilization as great as that of the ancients at their height.

Naturally, this is not a popular message. 5% of the population can understand it, so to the rest it sounds like gibberish and they hate it for making them feel dumb when they desire the pretense of intelligence (they do not understand the Dunning-Kruger effect either). Even among those 5%, traditionalism is controversial because it places limits on the individual, and they have been raised in a civilization that thinks the ultimate good is liberating the individual from limits, even — especially — reasonable ones. This is why people always look for an ideological solution, and choose variants of capitalism and collectivism as the answer when they need a more nuanced approach.

The importance of a nuanced approach is that it avoids collapse. Rigid, sharp-corners thinking like leftism and libertarianism will run a society into collapse as paradoxes emerge based on the attempt to impose a square form over an organic topography. This will force people to deny reality so they can keep ideology intact, and will then cause massive internal friction. On the other end of the pendulum’s swing, however, it is important to remember that both collectivism and capitalism — in their original forms — are vital, and trying to stop the decay brought on by liberalism by limiting them will also lead to failure.

Inflation as a control measure | How to end terrorism