by Jonathan Peter Wilkinson on April 1, 2020 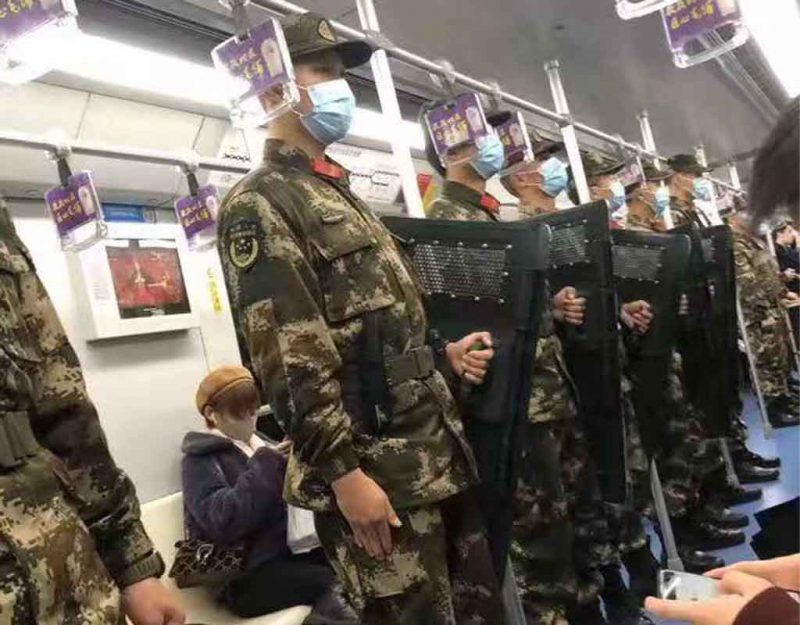 Samuel Taylor Coleridge may have been a Romantic Poet rather than a biological expert. He succeeds, however, in telling us more about what unrestricted human surjection upon the ecology does to us than anyone other than maybe Garrett Hardin. He correctly indicts the sick immorality of failing to display the proper reverent respect for the deeply intricate systems of life that make Modernity’s priapetic pretensions even possible.

His poem “The Rime of The Ancient Mariner”, is a true achievement of Western intellectual greatness. It combines the sharp acuity of honed intellect with a musical rhythmic meter like a veritable theophany for the reader. His fictional story of the penance-seeking sailor is worthy of a biblical parable both teaching and rebuking the ego-besotted sinners afloat on an ocean of demonic wormwood spirits.

The character of The Ancient Mariner reminds The Constant Reader of Albert Camus’ uniquely fallen man. Jean Baptiste Clamenceau from The Fall suffers a similar, unending need for moral redemption for the sin of callous indifference to the life of others. They differ only in to whom they show indifference. Clamenceau is the salacious PUA, picking off his marks until one of them throws herself into The Seine. He knows not whether he directly spawned the despair attendant to the suicide, but feels the need to shrive himself for sin and to proselytize to others where they congregate to sin themselves. His descent into his penance-closet of an Amsterdam dive bar, leads to his hectoring of the other drunks that makes up the plot vehicle of Camus’ novel.

Coleridge’s Mariner is in similar moral straits, but is the sinner with the blacker soul more foul of the two men. In killing the bird of good omen, The Mariner laid to rest the very God-breathed sanctity of natural life. He held the right of another living creation to exist in contempt. Who could say that our bleak and amoral descent into Modernity has not inflicted similar ravage upon our very commonweal as spiritual human beings?

Modernity preaches it’s inhuman doctrine of Physics over Metaphysics, and brute-force empiricism athwart faith and philosophical equipoise. It makes no effort to determine the wellspring of any profound hypothesis or the purpose of any pursuit of epistemological theory. The Moderns are a lost and fallen people getting high on our own supply of cheap, gnostic self-gratification. They are wasting hours awaiting the apocryphal reaper.

Faith falls sloppy-dead, and knowledge grows utterly hollow and a potemkin of arrogant pretension. Globalism teaches the masses to binge-eat via the acquisition of goods and sensory experiences. The nations exist only on paper, not spirit. Memories are not true cultural touch-stones, but rather expressions of vainglory, like the trophies on an arrogant athlete’s mantlepiece. Professional and family milestones become like the bedpost notches of Camus’ greasy PUA Clamenceau. Our societies fuel this meaningless asuagance of moral emptiness, through the opioid of sensory experience, via the drug of Globalism. This drug will not kill the hated day job that keeps us in the same gilded chains as Marley’s Ghost.

Globalism makes it faster, cheaper, and in some rare cases, even better. You get that foo-foo toy delivered right to your door by Amazon.com. You get it cheaper because it was made in Malaysia. Never mind that this scraggs the livelihoods of your fellow citizens the way The Mariner laid waste to the albatross. Never mind that this now calls down the curse of Gnon upon the so-called Open Society as the meteorite mortar rounds rained upon The Cities of The Plain.

#WuhanWipeout, like the torturous becalming of the vessel bearing The Mariner, is a preventable manifestation of The Wrath of God. The scientific obviousness of decent and fulfilling nationalism is made abundantly clear when nations that block travel from sources of #WuhanWipeout infection suffer far lower death rates. Freedom of Association becomes a path to salvation from the plague. This so occurs because of the implicit shadow-right that allows for an allowance to dissociate when condign and necessary.

In the last analysis, #WuhanWipeout is a prophetic warning. Turn from Globalism and Popper’s Open Society, or damn your people the way medieval France’s version of the global city, Avignon, doomed its teeming hordes to the lethal scourging administered by The Bubonic Plague. Nature will not be mocked. God will not be profaned. The nations of the world will not be adulterated without the condemnation that always occurs when we ignore the warnings of brilliant thinkers like Samuel Taylor Coleridge and Garret Hardin. Pandemic is Nature’s Way of brutal retribution.

So if poetry just doesn’t work right for you without the exceptional baseline, I offer the following as propitiation to The Plague Gods at ravage.