Clarity about our task 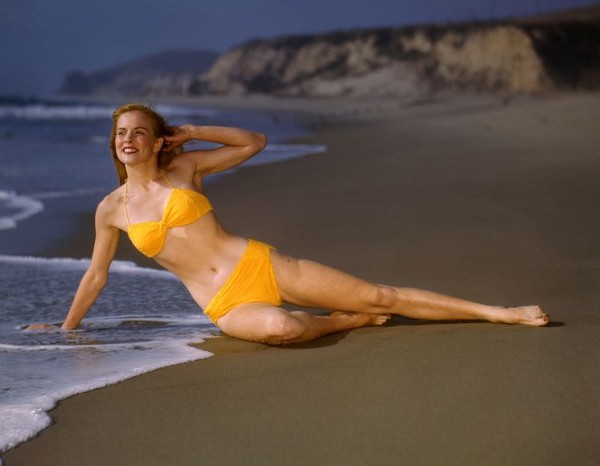 For those who oppose the current civilization in the West, it becomes clear that we must backtrack to our original error and reverse it. Our greatest fear should be that we will not backtrack enough, and will instead legitimize the same path as we are on at an earlier stage, while convincing people the threat is over. While we have the attention of our people, it makes sense to fix this once and for all.

As an alert reader will have guessed, this presents a difficulty because getting to the root of this problem requires attacking some of the sacred cows of our society that most people believe are their only defense against it. Because we live in a democratic time, we see individual rights and equality as well as an extensive system of laws which apply uniformly to all as our firewall against crazy government and even crazier public opinion, with the sinister predatory eyes of raw commerce in the background. And yet, like heroin addiction, our reliance on these protections comes at a cost which perpetuates the need for such protections.

With that in mind… we need a change of direction away from democracy and equality to a society based on both results and creating a higher qualitative level of existence. This corresponds to the conservative ideals of consequentialism and transcendentalism linked by a sense of social order, values, morality, practicality and a sacred nature to life itself. In other words, we are looking past The Enlightenment™ to what existed before it, in part by recognizing that society is not a linear path from “primitive” to “civilized” by a cycle based on what ideals are adopted. The liberal democratic ideal is part of the death-cycle, but the conservative ideal, part of the springtime of a society in which it grows and matures with a zest for life.

This leads to confusion among conservatives, who believe they are supposed to “conserve” a previous state of society. This misreads conservatism: we conserve that which is both realistic and transcendental, wherever it is found, and this conservation includes pushing our society to higher levels of quality. We cannot defend something simply because it once was, nor do we adopt something “new” because it has not been done, as occurs with the novelty fallacy inherent to liberalism. Our goal is to re-make society according to what should be conserved, not defend how things have been going along here before some Other intervened. Inevitably, that Other originates in a scapegoat, and the hope is that by removing the other we end up with what is good. In reality, we will end up with disorder, because what made the past work will have been forgotten and we will have failed to re-connect it to the ideal that originally made it valuable.

Defense of the norms of people who hate you is the ultimate “cuckservative” failing. Most people act by convenience, and what is popular is usually wrong because it appeals to the lowest common denominator, enacts compromise, and consists of the greedy demands of a herd with zero accountability. Conservatives do not defend norms; they strive for ideals which are based in reality. Convenience is our enemy, as is popular opinion, because both of these shift the focus from what is optimal to what involves the least amount of stress on those around us. We must remember that we arrived at our present state by going down the path of public opinion, convenience, popularity and appearance. Our goal is to avoid that path entirely.

This world is incompetent and ruined. Under democracy and equality, our customs have been abolished, our people removed by soft genocide, and our leaders and elites turned into comic book figures who gesture vividly to appeal to the crowd and by thus avoiding real issues, steer us into disaster and then retire to riches.

We are fighting a war of sense versus public opinion. Our nation will be great again when it has a strong identity — formed of culture, AND heritage, AND values, with religion shared between values and aesthetics, a subdivision of culture — and by that nature develops a strong cultural resistance to parasites. The parasites we fight are found among our own people; parasitic ideas like liberalism, guilt, egalitarianism and victimhood form the basis for our internal division and self-destruction. The Other appears as a beneficiary of this, but by the foolishness of our own people, and not as an origin in the Other itself. For this reason, every minute we spend on Jewish conspiracy theories or cruelly denigrating African-Americans is a strong and energetic step away from what we must be doing. We need to fix ourselves.

Most people get confused because they think in terms of categorical logic, which uses broad mental containers to categorize actions by appearance. The simplest form of this is the destruction of morality by making it categorical, creating social constructs called “good” and “bad” which categorize by method and not goal, which measures itself in terms of results; the two are inseparable. Fools and parasites want us to measure our actions by social categories of good and bad, which judge in terms of appearance, which is what regulates method, because appearance is the basis of social interaction in groups. What looks good to the group, and is convenient for them, they approve; goals — which require results for comparison — and principles remain invisible to the herd. They like it that way. Goals, principles, values, heritage, culture and morality of the honest sort strike terror into the herd, because it threatens to divide the group by having a purpose, which means that some will be visibly falling short and thus be bumped down to lower social status. The herd unites itself on acceptance of all based on having no social order and no values system beyond the bare minimum, which enables it to become powerful and take over societies.

Our enemy is public opinion created by social factors instead of logical ones. Look to structure, not appearance; ultimate results, instead of convenience; and most of all, not what people think but what we can show is true. Truth is more important than popularity, and until you get to that point, you are only repeating one other variety of Enlightenment™ jive instead of looking at the root of the problem. We are under assault by this delusion of the Enlightenment™ among our own people, not the third world or The Jews, who are proxies used by our liberals who have been made into zombies by leftism. They use these proxies to destroy us, but they are the symptom, and not the cause. The cause is the neurotic delusion which creates the herd and from it liberalism/Leftism, and it is this we must defeat in whole if we wish to have a healthy enough society to sleep soundly ever again.