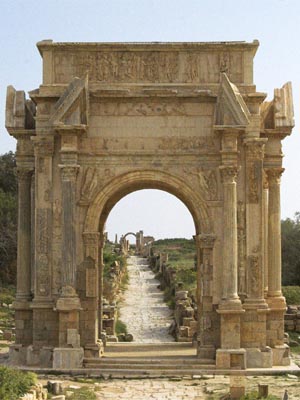 Modern people, drugged by mass media and public education convincing them they know something, like to think that there are two types of civilization: the right kind, which we have now, and everything before it which was basically cavemen warring, fornicating and cannibalizing one another under a primordial sun.

Of course, even a rudimentary scan of Western history — much less world history — shows how one-dimensional and factually incorrect this view is. But we don’t live in a time of facts. Few can read facts correctly, but everyone can deconstruct.

As a result, we toss around terms that are brilliantly oblivious in their utter lack of clarity. For example, we talk about “equality,” but what does that mean, exactly? If it’s equal treatment under the law, our laws are incoherent. If it means subsidies and punishments to enforce an average, that’s about dead-on.

Among our obtuse terms are those we use for societies themselves. We like to assume every society is a variation on our current archetype, either trying to become it or being opposed to it. The thought that some (like al-Qaeda, Christian Traditionalists, Mennonites and pagans) might choose a different type of society blows our minds.

What throws us off the trail is that we are addicted to conflict avoidance. An egalitarian society favors those who flatter all, offend none, and present themselves as non-threatening. As a result, the name of the game is to avoid conflict, at least in public (you can beat your kids as long as no one sees).

As a result of our addiction to conflict avoidance, we refuse to define what we mean. Instead, we use vague and positive terms, and pretend that right-wing and left-wing movements are somehow two flavors of the same thing (which is not to say their parties, corrupted like everything else by popularity, are not two flavors of the same idea — they are; however, that idea is liberalism so it’s a moot point).

If we are serious, we will clarify a few terms here.

I suggest we stop talking about a “free society” until we know what it means. To me, free society means a lack of undue restraint from logical actions, and a lack of obligation to fund, support and tolerate others whose values violate, negate or dilute my own.

In other words, freedom is both positive and negative. I want freedom from oppression, but freedom to live as I see fit, which requires not just me but a whole community. You cannot have any specific type of society when you live in a pluralistic democracy. What you get is a mix of many, which is sleight-of-hand for “no standards at all.”

In contrast, a “free society” requires no management from above, especially not toward a moral direction. Such a society does not view morality as the direction of the state. In fact, it has little use for the state, bureaucrats, and politicians. It rules itself by culture, or the choices in aggregate of its people.

We brave moderns go through so many ideological contortions to hide this basic truth. You either have an organic society, or an administrative state that is both Nanny and Tyrant at once.

An organic society requires a unifying principle, which in turn requires consequentialism; this is a study of the repeatedly similar results of repeated similar actions. This is the opposite of liberalism, which insists on social popularity as the basis for its government.

As the spiral descent continues, â€œcommunitarianâ€ and â€œlibertarianâ€ become constant buzzwords. Both are convenient-but-incomplete methods of working around the right/left divide for the purposes of drawing more people to each movement.

It’s such a nice thought — “you don’t have to pick a side after all” — but it is entirely misbegotten. However you label yourself, you will ultimately lean more toward one side or the other: either you want a study of consequences, or a study of popularity, to guide your civilization.

There are a number of other civilization types which we have covered here before, but this one is a good starting point. Instead of using another empty buzzword, let us define a useful term like “free society” and figure out what it is — and by definition, what it is not, and how we brave moderns measure up.

The Warrior Monk | ‘Game’ – the game that’s played on you